Have you decided to launch a CSR strategy? We’ve written this article to help you avoid the most common pitfalls and obstacles. 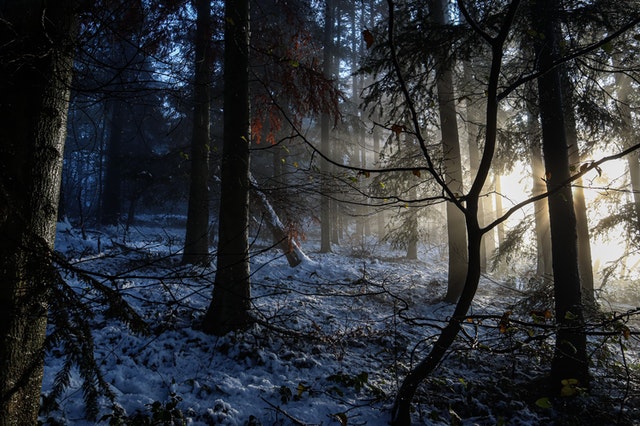 Monsanto presented Roundup as a biodegradable product, Coca-Cola repainted its cans in green and H&M created a vaguely eco-sounding collection. Nowadays, these superficial actions are inevitably called out by increasingly seasoned and demanding consumers. Not all companies can boast about CSR like before! Nevertheless, it is now essential for companies to adopt a sustainable approach, whether start-ups or large corporations, if they want to avoid alienating their consumers. And for good reason: customers are increasingly influenced by the practical commitments made by brands, from the sourcing of raw materials to carbon offsetting, to inclusiveness and transparency. So, how do you ensure that you have implemented a truly effective CSR policy that is recognised as such?

Let’s consider some of the pitfalls to avoid for companies thinking about implementing a CSR policy.

Yes, it’s as simple as that! It may surprise you, but many organisations still make this mistake, especially major corporations.

With the majority founded in the 20th century, large companies and groups are often stuck in rigid (and sometimes outdated!) managerial and ecological practices, which are difficult to change and align with the expectations of today’s employees and consumers.

Initially, the action strategies available to these companies may seem limited compared to those of smaller, newer and more agile structures. However, the introduction of a CSR policy within large groups will be all the more beneficial if it makes a major impact in line with the scope of the company’s operations and is likely to bring about a more significant change in society.

A CSR policy should be implemented for social or ecological reasons, and neglecting to do so is never a good idea. This was demonstrated by a study published by Oney and OpinionWay which examined consumer behaviour in France, Spain, Portugal and Hungary. It reported that 90% of respondents expect retailers to be committed to social engagement. In this age of global warming, minimalism, questioning of the status quo and the trend for second-hand goods, consumers take into account not only the commercial cost of each purchase but also the ecological cost.

These findings are supported by a report published by the Capgemini Research Institute analysing brand’s sustainability initiatives and their impact on consumers’ buying behaviour and expectations. The report highlights the growing importance of sustainability as a key driver for consumers:

The survey found that, at present, concerns about sustainability are affecting the purchasing behaviour of more than half of the population: 53% of consumers overall and 57% of consumers in the 18–24 age group have switched to lesser-known brands if they are sustainable. More than half (52%) of consumers say that they share an emotional connection with products or organisations that they perceive as sustainable.

Pitfall 2: Not communicating at all levels of the company

In order to implement an effective CSR policy, it is important to communicate with all the company’s stakeholders. To this end, the department responsible for developing CSR should take the opportunity to attract and build loyalty among the company's employees. Employees working for companies that have set up a CSR department or function are more inclined than others to plan for their long-term future within their company.

According to a study conducted in 2019 by HelloWork, 40% of recruiters think that candidates are more demanding than before. And the same is true for almost two thirds of respondents to the survey “Le regard des Français et leur Appropriation de la RSE” (French People’s Views and Adoption of CSR).

A company's CSR policy is undoubtedly a key criterion when it comes to applying to an organisation, especially for younger people. These results were corroborated by the barometer published in 2019 by MEDEF, which stipulates that CSR is now essential for half of employees, and their performance and commitment improves in accordance with the sustainable policies adopted.

Pitfall 3: Getting involved in CSR for the sake of appearances

Greenwashing, i.e. using false ecological claims to promote a brand and make it appear more eco-friendly in the eyes of the public, is no longer an option.

Not only is greenwashing easily identified by increasingly suspicious consumers, it has also been criticised by ARPP (French Advertising Self-Regulatory Organization), ADEME and the National Assembly, which in 2019 adopted an amendment banning the terms “biodegradable” and “environmentally friendly” on packaging.

‍
Similarly, CSR-washing no longer fools anyone. So, rather than extolling empty measures (the use of green products by a company that is not green, suggestive images, misleading slogans or green jargon etc.), companies must provide transparent, accurate, quantifiable and verifiable data on their operations. To ensure that the actions taken are legitimate, reference should be made to certain internationally recognised standards: ISO 26000 (sustainable development), ISO 14001 (environment) and the SA 8000 standard (working conditions).

💡A tip from Greenly: The most effective way for a company to demonstrate its ecological commitment is still to reference an internationally-recognised and certifiable methodology, such as the carbon assessment. Along the same lines, obtaining certain labels, such as the B-Corp Label, proves the authenticity of the actions implemented. Another tool that can be used is the Pacte Law of 22 May 2019, which gives companies the right to declare a “purpose” defining their mission in a way that goes beyond simple profitmaking.

Pitfall 4: Not including digital technology in the CSR policy

It is important to remember that the digital sector is not an ethereal, abstract concept, it is embodied through a series of highly energy-intensive physical structures which generate significant greenhouse gas (GHG) emissions.

The sector is estimated to be responsible for 3.7% of total GHG emissions and 4.2% of global primary energy consumption. In France, the digital sector accounted for 2% of total emissions in 2019! According to studies carried out by INSEE and the think tank The Shift Project, 44% of the digital carbon footprint can be attributed to the manufacture of computer terminals, IT centres and networks, and 56% to their use, which ranges from sending emails to watching videos. Therefore, reducing this carbon footprint must also involve consolidating a company’s mobile phone fleet and its use. So, beware of digital overconsumption at your company.

Furthermore, aligning the use of technology with CSR policy means carefully considering certain issues, such as data security and respect for consumer privacy, or those relating to tools such as the internal use of artificial intelligence in companies. For example, in its 2019 CSR report, Microsoft set out some principles to guide sound and responsible AI development and use: fairness, inclusiveness, reliability, transparency, privacy, and accountability.

In short, they represent simple common sense, but this can sometimes be sorely lacking.