Carbon Credits are used as an attempt to reduce or offset one’s contribution to their carbon emissions by directly funding companies seeking to lower carbon footprints. 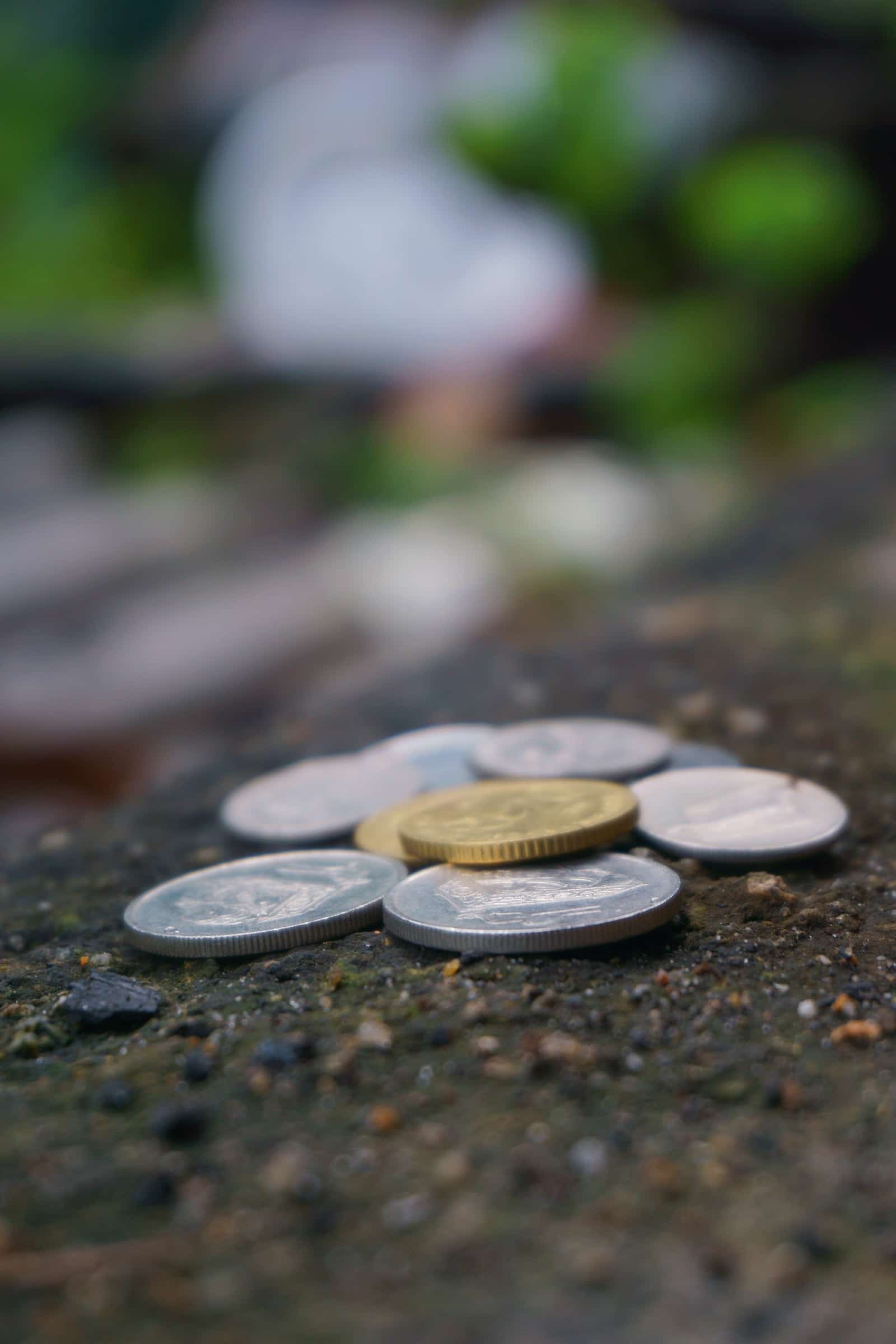 When it comes to understanding carbon credits, there are five questions we can ask ourselves:

But before we dive into all of the answers to these five questions, first things first – what are carbon credits?

❓ What are carbon credits?

Carbon credits are a tradable request that represents a certain amount of carbon dioxide being removed from the atmosphere.

Carbon credits can be bought by an individual or a company as an attempt to make up for any activity that elicited a high rate of carbon dioxide emissions into the atmosphere : such as instrudrial production, or transportation by vehicle or air.

It’s easiest to think of it this way – remember when the air was clearest at the pique of the pandemic due to a lack of air travel?

Pretend you’re flying from New York City to Paris for the first time in two years.

But after changing your lifestyle to fit our newfound work from home culture – you’ve been made aware just how detrimental air travel is to the environment. You barely even drive your car anymore, so you’re suddenly aware of the grave environmental damage you’re about to do in a short amount of time.

You feel guilty, and even recognize some responsibility – but you still want to fly across the pond despite the carbon footprint you now know that you’re contributing to.

You decide to buy 💸 carbon credits.

You go to your airline’s website and opt to pay for your personal part in the carbon emissions that you contributed to during the flight. The fee you pay then goes directly towards a project or company that is actively seeking to reduce carbon emissions.

This way, you’re still able to take your trip – and while it doesn’t completely eliminate the carbon footprint that you created, you have now at least contributed to someone or something else that is dedicated to reducing carbon emissions.

🎡 How do carbon credits work?

For instance, these companies must be dedicated to reducing, removing, or avoiding greenhouse gas (otherwise known as GHG) emissions. Any project that is motivated by reducing carbon footprint : such as protecting an ecosystem, restoring forests, or encouraging others to reduce their reliance on fossil fuels – would qualify as an acceptable use of a carbon credit.

It’s kind of like recycling ♻️or donating old things you don’t want, wear, or use anymore.

Let’s say you bought a shirt a couple of years ago, but it’s not in style anymore or you have torn it up in too many places. You don’t want to wear it anymore, but it could still be a perfectly fine piece of clothing 👚for someone else. By donating your old t-shirt, it doesn’t stop you from going out and spending money to buy a new one – but it does stop someone else from spending money on a new t-shirt.

Purchasing carbon credits can’t take back whatever carbon footprint you’ve already made, but it will help to prevent it being made elsewhere.

🧐 How is a carbon credit different from a carbon offset?

As explained before, a carbon credit is a tradable request that represents a certain amount of carbon dioxide being removed from the atmosphere in exchange for a carbon footprint that’s already been made.

A carbon offset is when a company emitting a high carbon footprint decides to invest in a project dedicated to reducing carbon emissions instead of reducing their own contribution to global warming themselves.

Think back to when you were in school, and your parents could volunteer for the events or extracurricular activities going on. Some parents would dedicate their time to helping set up for the party by selling tickets or putting up flyers – they would directly contribute to the planning of the celebration or event.

Organizing things like prom, graduation, or field trips require time and careful consideration – and as much as some parents would like to, not all can contribute their best efforts.

Some parents, similar to large corporations – simply don’t have the time to dedicate to help arrange an event so large, but they might have the money to help fund said event.

So, they might have chosen to make a monetary donation instead in order to help financially fund the event instead. This way, they were still able to contribute to the cause, without having to waste their own resource of time.

👀 What are the pros and cons of investing in carbon credits?

The benefits of carbon credits are that they contribute to funding for an organization or project that is committed to reducing carbon footprint.

In addition to this, carbon credits also provide the company producing a high rate of carbon emissions with greater flexibility to their project. Instead of carefully keeping track of their carbon footprint, they can purchase carbon credits to ease their conscience – which requires less work than altering their production methods.

However, the negative impact of carbon credits is clear : carbon credits do not stop or erase the carbon footprint that has already been made. These individuals or companies are still producing carbon emissions – their investment in a project or organization dedicated to reducing carbon footprint cannot eliminate the emissions they have already made.

The on-going and growing concern of climate change requires a multitude of strategies and solutions 📈.

Carbon credits are certainly better than doing nothing, but they shouldn’t be viewed as the sole strategy to reduce one’s carbon footprint👣.

💵 How can you invest in carbon credits?

As explained at the beginning of this article, some enterprises – such as airlines, are making it relatively easy to do so as long as it pertains to your recent travels.

However, there are a few other ways that you can invest in carbon credits : such as through stock investments, exchange traded-funds, or a government controlled auction system – like the European Union Emissions Trading System.

Whichever way you decide to purchase a carbon credit, it will ultimately be used the same.

Carbon credits shouldn’t be the main strategy to mitigate carbon footprint or the impact of activities that cause global warming.

Besides purchasing carbon credits, what are some other ways that you or your company could prevent global warming?

Here are 5 tips to help you reduce your carbon emissions!

We are all guilty of leaving our laptop chargers in the outlet, or the lights in the kitchen on when we aren’t there.

It only takes a minute to scan the room before leaving your house to make sure any lights, devices, or chargers are turned off.

Not to mention – using less electricity isn’t only better for the environment, but it can help lower your electric bill, too!

Most of us are guilty of re-purchasing a plastic water bottle every day, but the reality is that there’s no need for this anymore. 🙅

Many cities around the world have made public water fountains easily accessible.

So, why spend money on a new, plastic water bottle that will end up going to waste when you could buy a reusable water bottle once – and fill it up for free?

The plant-based food scene has been exploding the past couple of years, mostly due to the clear health benefits – but did you know that it’s better for the environment, too? 🌱

The animal production part of the food industry contributes to over 65 percent of the planet’s nitrous oxide emissions that are human produced. If more people were vegan, or even went for “Meatless Mondays” – less of this detrimental production would occur, and the environment would benefit immensely.

Nearly 80% of empty land has been used for cattle instead of crop growing or home building, and the amount of water it takes to feed a vegan is three times less than the amount it takes to produce food for an omnivore.

So, the next time you’re on your lunch break 🥗– opt for that oat milk latte and the quinoa salad.

Not only will you be eating cleaner, but you’ll be reducing your carbon footprint at the same time.

If you live in a big city🏙️, take advantage!

There’s no need to sit in traffic for superfluous periods of time, or spend never-ending high prices on gas.

Try to opt for the metro, subway, or bus 🚎once a week.

And if you have the ability to walk 👟or bike 🚲to school or work – what’s stopping you?

You’ll get more exercise, save money, and reduce your carbon footprint.

Thrift shopping 🛍️has grown in popularity over the last few years, but did you know that it’s better for the environment, too?

If people continue to buy each other’s recycled clothes, the demand for brand-new articles of clothing will decrease, and therefore – the need for production, which in turn directly impacts the environment – won’t be as high.

It’s cheaper than buying something never-worn-before, and it could help cause big companies to decrease their clothing production.

All in all, at Greenly – while we find it valuable to explain difficult subjects pertaining to the environment - we also find it important to consistently remind companies that it doesn’t take a lot of money or time to care about the environment.

There are little things we can all do every day to contribute to the fight against global warming!

If reading this article about carbon credits has made you interested in reducing your carbon emission to further fight against climate change – Greenly can help you!