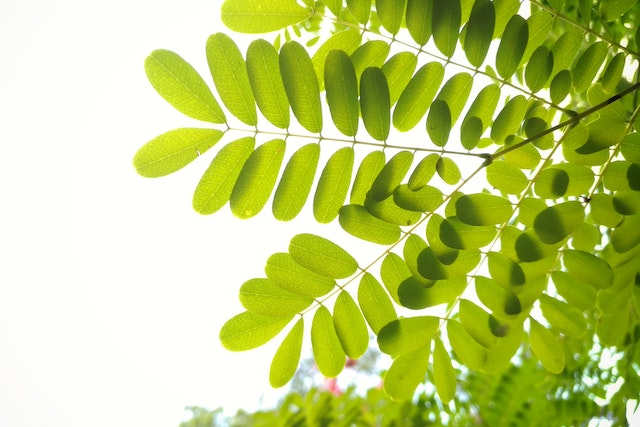 Clearly, our society needs to find ways to cut back its greenhouse gas emissions. We need solutions if we  are going to stop global warming before it reaches irreversible damage around 1.5°C (2.7°F) warming  and beyond.

What is carbon dioxide (CO2) removal?

Carbon dioxide removal is as it sounds: it is the process of removing carbon dioxide, the most emitted greenhouse gas, from the atmosphere. This involves both collecting the carbon and storing it. Depending on the method of removal, these steps are either done together or separately.

There are multiple ways to refer to carbon dioxide removal (CDR).

👉 “Carbon capture” is often used to refer to just the collection part of the carbon removal process. “Carbon sequestration” can refer to either the storing of carbon or both the collection and storing.

There are two main umbrellas under which we do carbon dioxide removal:

Like other organic methods of carbon dioxide removal, plants drink up carbon dioxide through the process of photosynthesis. They use the carbon along with water to convert sunlight into new growth. This new growth stores carbon in the body and roots of the plant.

Just one mature tree can absorb more than 48 pounds of carbon dioxide each year. It has been estimated that mature U.S. forests can capture around 500 million metric tons in a year. And as our  forests get older, they store progressively more carbon.

Planting more trees and defending our forests are effective methods for capturing carbon.

When forests are harvested or ravaged by forest fires, however, all the stored carbon is released into  the atmosphere. In other words, deforestation turns a forest from a carbon sink into a carbon source. It  is an all-too-common practice to clear cut a forest for human development and plant trees in another  area to compensate for the forest area lost without making up for the difference in stored CO

The carbon released from the destroyed forest negates the first several years of carbon capture from  the new forest. Also, it can take decades for the new growth to become mature trees and sequester a  significant amount of carbon.

Wetlands are experts at storing carbon in soil. They remove carbon dioxide from the atmosphere by capturing carbon in plant roots and bodies just like forests. When organic matter decays in an upland  forest above ground, it emits some carbon dioxide and other gasses into the atmosphere while some of  the carbon is added to the soil. However, in wetlands, dead plants remain saturated and leave all their  carbon in the soil.

A great way to sequester carbon is to protect existing wetlands and restore dry wetlands to their former  states. A wetland forest can store ten times as much carbon as an upland forest. California, a particularly dry state, has a total acreage of wetlands that can store hundreds of thousands of tons of carbon yearly.

Wetlands release most or all their stored carbon when they are drained and developed for human use.  In the United States, there are laws requiring wetland drainage be offset by another created wetland elsewhere. Yet just like upland forests, young wetlands need years and years of growth and decay to  equal the carbon content of a mature wetland.

Farms, by having a lot of soil cover, have the potential for removing tons of carbon. There are a few practices that farmers can use to aid their land’s carbon sequestration.

One practice is planting cover crops. When farmers choose to leave an area of their land barren, they leave that soil susceptible to erosion. Instead, farmers can plant annual cover crops after the growing  season that will both a) limit erosion and its subsequent carbon release and b) capture more carbon from the atmosphere with the plants themselves.

Another practice is to limit tilling. Tilling is done to prepare the ground for the next round of crops by loosening soil and removing weeds. It also releases a lot of stored carbon from the soil and can make  root growth more exhaustive on the plants.

One could argue, however, that farmland would be a better carbon sink if it was a forest instead. Yet this solution is not realistic since we still need farmland to feed the world’s 8 billion people. Covering farmland with trees can result in other forests being clearcut for new farmland. We must strike a delicate land use balance between farmland and forests.

Algae, such as seaweed and various types of microalgae, are seen as carbon capture alternatives with a lot of promise.

Algae are efficient at capturing large amounts of carbon and converting it into chemical energy. In fact, almost half of the green and blue carbon captured each year is fixed by algae. Some studies show that algae can sequester 50 times more carbon dioxide than plants.

The idea here is to accelerate the carbon capture of the oceans by growing significantly more algae than already exist. Microalgae are particularly versatile, able to tolerate saline water and other extreme environmental conditions. Yet this solution needs more research in order to be a scalable carbon capture practice.

There is a future for algae in science beyond its carbon sequestration abilities. There are proven experiments using algae as fuel and fertilizer, though these uses may negate some of the algae’s carbon removal impacts. Nevertheless, future cars may be run on an algal-based liquid.

BECCS, or Biomass Energy with Carbon Capture and Storage, is a method of carbon dioxide removal where carbon-filled biomass like trees or grasses is burned in order to capture its carbon and bury it underground. Part of the purpose of BECCS is to use the carbon burned from the biomass to create electricity.

However, BECCS requires a delicate approach to succeed as a worthwhile carbon removal strategy. Not  only does BECCS require a significant amount of land, but also growing, harvesting, and transporting  biomass can add up to significant fossil fuel use, creating more carbon dioxide in the atmosphere.

In theory, BECCS could be a very useful tool in the fight to limit the carbon dioxide concentration in our atmosphere. Yet the technology that collects the carbon as it burns off the biomass is still in early  development stages, among other parts of the process.

Although it is a natural-occurring phenomenon, scientists are researching how enhanced weathering of rocks can be sped up to help us solve the climate crisis. There are many ideas, such as:

While these methods can have their benefits, like improving soil quality, there are still significant  environmental concerns. These include the likely environmental detriment on a local scale and the fossil  fuels required to mine these minerals.

Each method of carbon dioxide removal has its pros and cons. Likely the best solution is a variety of  these carbon sequestration methods used together to balance cost, reliability, readiness, and feasibility.

Reducing carbon emissions by investing in renewable energy will go a long way toward limiting the  carbon dioxide in our atmosphere. In the meantime, while our systems and businesses still rely at least  partly on fossil fuels, carbon offsets are a valuable resource for balancing our carbon emissions.

If your business is in need of carbon offsets, don’t hesitate to contact Greenly. By working with us, you  can support various certified carbon offset projects while mitigating the emissions you are unable to  avoid.