All you need to know about the “Fit for 55” plan

The European Commission has published the "Fit for 55" plan to achieve climate neutrality. What are the EU's proposals? 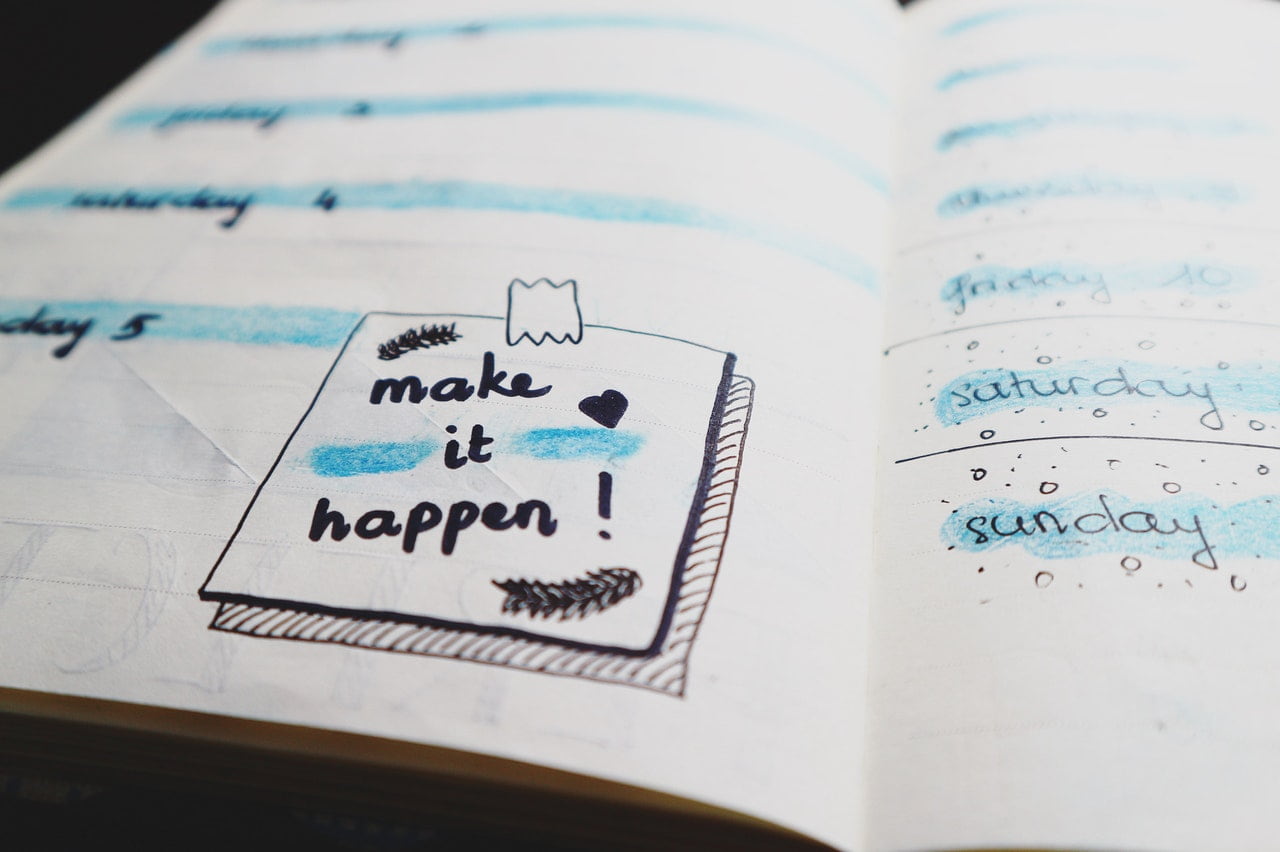 Since the early 1970s, the European Union has been committed to protecting the environment. So it's not surprising to see new proposals to address global warming! 👋 As such, the "Fit for 55" plan is the latest major commitment.

Right now, MEPs from all 27 EU member states are in the middle of studying eight of the 12 proposals that make up this roadmap. It's a historic vote for the climate, that's also been subject to many criticisms. The proposals are particularly restrictive - to the advantage of the environment! 🌱

What does this plan consist of? Do the proposed measures really contribute to the environmental objectives set by Europe? To understand this all better, Greenly has dissected the EU's proposals in this article. 👇

💥 Fit for 55 : The legislative package that could change everything

Presented on July 14, 2021, "Fit for 55" ("Paré pour 55") is a package of about ten legislative proposals that are part of the European Green Pact. Published by the European Commission, these flagship measures have a triple environmental objective:

🏆 Unofficially, we could add the European Commission's desire to place Europe as a world leader in the fight against climate change.

This is a fact. To counter our climatic inactivity, strong and binding measures are essential to slow down global warming and ensure our survival on the planet. Moreover, the sixth report of the IPCC has given an alarming deadline: we have only three years left to reverse the trend... otherwise we are cooked. 🔥

To achieve these ambitious goals, no less than 450 million citizens and all economic sectors (agriculture, transport, construction or industry) are concerned by the ecological transition.

👉 Clearly, the proposals made in this roadmap will impact the manufacturing of our everyday objects, the way we travel and our purchasing habits.

A climate package that complements the European Green Deal 📑

Presented on December 11, 2019, the European Green Pact (or "European Green Deal") is a far-reaching commitment made by the 27 EU member states. The various - and numerous - measures it contains must make Europe climate neutral by 2050.

In order to build a new economic model, the Green Deal has developed 4 main strategies:

The climate package complements the Green Deal by turning the ambition of carbon neutrality into concrete actions. Although commitments to environmental protection are piling up, the results are not always effective. This credible action plan provides a framework for achieving the EU's objectives to effectively implement these new climate policies.

💥 With the “Fit for 55” plan, the EU would become the first major economy in the world to take concrete action for the climate.

France as a forerunner 🇫🇷

The "Fit for 55" plan seems to build on French efforts. France managed to reduce its emissions by 23% between 1990 and 2018, all while having strong economic growth. During this same time, however, global emissions increased by 67%. France has thus become the first continent in the world to prove that it is possible to combine ecological action with economic growth.

💪 A model that the European Commission wishes to extend to all European countries without exception.

The European Commission wants to review the functioning of the European carbon market (ETS) created in 2005 by strengthening the current EU Emissions Trading Scheme (EU ETS). Used to set the price of carbon, it could lead to a 61% reduction in emissions by 2030 compared to 2005.

To ensure the effectiveness of this system, the EU proposes :

👋 In addition, by 2026, Europe plans to include the maritime sector and establish a separate ETS for the transportation, buildings and heating sectors.

To effectively reduce GHG emissions, the European Commission requires the updating of the "effort sharing" regulation. The latter allows for the distribution of annual GHG reduction targets among member countries. As such, each state will be assigned enhanced reduction targets to certain sectors:

As a reminder, a carbon sink is a natural element (forest, soil, ocean, etc.), which absorbs part of the CO2 present in the atmosphere. However, the higher the emissions, the less they are absorbed. 📉 Not to mention human activities that do not make things easier - deforestation in particular.

The global absorption target is 310 million tons of CO2 equivalent by 2030. Thus, the development of natural carbon sinks would mainly involve the planting of three billion trees across Europe by 2030. 🌱

Augment the use of renewable energy 💨

In order to encourage industry and private individuals to opt for sustainable energy, the revision of the Renewable Energy Directive is more than necessary. In this sense, the share of energy produced from renewable sources should ideally reach 40% by 2030 - compared to 32% currently. As an illustration, in 2020, France's renewable energy mix was only 19.1%.

Currently at 32.5%, energy efficiency for final energy consumption should ideally rise to 36% by 2030 and 39% for primary energy consumption. To achieve this, the public sector will have to renovate 3% of its buildings and power them with a mix of at least 49% renewable energy.

Accelerating the deployment of low-carbon transportation 🚗

The transport sector is a real challenge. As an illustration, in the EU, all sectors decreased their greenhouse gas emissions in 2019, except for transport. According to Eurostat data, transport emitted 241 million tons more than in 1990, which is a 33% increase. 📈

To decarbonize the automotive sector, Europe is increasing the requirement of CO2 standards for thermal cars and vans. Moreover, several French measures and aids go in this direction:

The "Fit for 55" plan is a real kick in the butt!  And for good reason!  It has already drawn up a schedule - one that is hugely debatable. It calls for the end of gasoline and diesel vehicles by 2035 - with a 55 percent reduction in emissions by 2030 - and the end of sales of internal combustion vehicles in 2040.

Ultimately, starting in 2035, new vehicles will have to be zero-emission. 👌

💡 To accompany the transition, the deployment of a network of electric charging stations is planned.

Reducing the environmental footprint of aviation and maritime transport ✈️🚢

The ReFuelEU Aviation initiative is moving towards increasing the share of sustainable aviation fuels. In order to generalize the use of biofuels, the EU plans to tax kerosene on intra-European flights.

The Maritime FuelEU initiative is deploying the use of sustainable marine fuels and zero-emission technologies. The goal is to reduce the GHG emissions intensity of ships by 75% by 2050.

👀 Good to know: both of these modes of transportation rely primarily on fossil fuels.

Put simply, the revision of the Energy Tax Directive leads towards aligning the taxation of energy products with the policies of the Energy and Climate Union. As a result, it helps "reduce the harmful effects of energy tax competition by helping to ensure that Member States have revenue from green taxes."

To prevent carbon leakage, the Commission requires the establishment of a new border carbon adjustment mechanism. To avoid this and gain competitiveness, Europe wants to apply the same CO2 price to polluting imported products and to carbon products sold by European producers.

But what is a carbon leakage? 🔎

Let's take the example of a company considered in France as polluting. To avoid being subject to price increases due to its CO2 emissions, it decides to move to a country where environmental measures are less strict. A decision that is certainly financially interesting, but devastating for the environment since the emissions - even though they are emitted far from France - still pollute the atmosphere. 🤨

💰 To put it simply, it is about compensating for the gap between the ecological standards of different countries by opting for a common carbon pricing on products manufactured in Europe or elsewhere.

Moving toward a socially just transition 🤝

But these far-reaching changes have a cost! As such, the EU is going to create a social climate fund of €72.2 billion over 7 years for low-income citizens or those for whom their personal ecological transition is out of their price range.

While the entry into force is envisaged by 2028, this financial support will allow them to carry out renovations in accordance with the new directives - in terms of heating, cooling, and efficient transport.

📆 What are the next steps?

Now that the European Commission has published this legislative package, these proposals will be negotiated for months between the 27 EU member states.

Why so long? ⌛️ The work is enormous, as the texts represent several thousand pages. Eventually, all existing laws concerning the environment must be revised and new directives introduced.

From June 6 to 9, MEPs from the 27 member states voted on eight major proposals in the climate package. As such, the reform of the carbon market, the end of free quotas for the aviation sector and the creation of a carbon tax at the borders were rejected. Nevertheless, the revision of emission standards and the end of sales of new thermal cars is well and truly enacted from 2035, with 339 votes for and 249 against. A great victory! 🎉

To summarize the timeline of the rollout of the "Fit for 55" plan:

🌿 Reduce your carbon emissions with Greenly

In line with the "Fit for 55" plan and the need to achieve carbon neutrality, every company has the opportunity to reduce its emissions - which is advisable to get ahead of future legislation. It's time to give a call to our experts to carry out a fully customized carbon assessment. ☎️