Carbon neutral. What is it, and why is it so difficult?

What is carbon neutrality? How can this objective be achieved? Greenly helps you gain a better understanding of this concept set forth by the Paris Agreement. 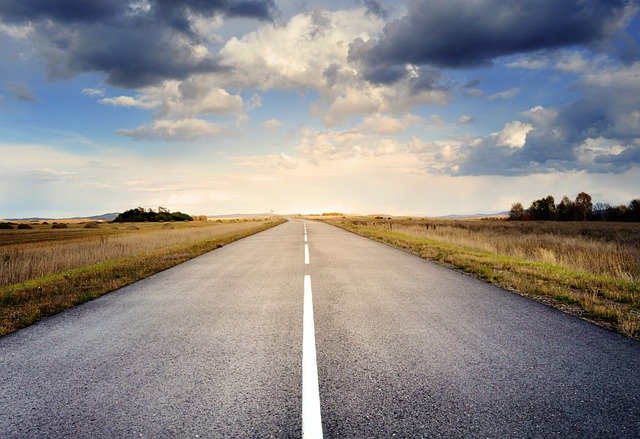 At a time when global warming is a central concern, many countries, citizens and a majority of companies want to contribute to achieving carbon neutrality. What exactly is carbon neutrality? How can this objective be achieved? Let’s try to explain this concept set forth by the Paris Agreement.

What is carbon neutrality?

Carbon neutrality is a “balance between carbon emissions and the absorption of carbon from the atmosphere by carbon sinks” according to the European Parliament. In other words, no more GHGs should be emitted than the environment can absorb.

The planet is home to natural carbon sinks (soils, forests, atmosphere and oceans) that absorb a share of our CO2 emissions. Unfortunately, human activity and industry are responsible for increasingly significant emissions that exceed nature’s capacities. The first serious effect: in France, the overshoot day occurred on 11 May 2021. Since then, we have been living on credit for all the earths resources we extract. In 2019, this happened on 15 May: within two years, it has arrived 4 days earlier.

The high concentration of greenhouse gases in the atmosphere is accelerating global warming, a process first referred to in 1972 at the United Nations Conference on the Human Environment in Stockholm. Carbon neutrality is therefore an ambitious, long-term goal that can be defined at the global or national level.

The context of the Paris Agreement

The Paris Agreement was the first agreement to use the concept of carbon neutrality on a global scale. It sets out a framework for financial and technical support and capacity-building to combat global warming. Adopted on 12 December 2015 at COP 21 in Paris, it entered into force on 4 November 2016.

The objective is to limit global warming to 2°C or even 1.5°C compared to pre-industrial levels by the middle of the 21st century. This commitment aims to support the efforts of the 197 signatory countries while addressing the effects of climate change.

It is a voluntarily binding agreement that has united many countries working towards a common goal. Moreover, France is the first country in the world to aim for “zero net emissions” by 2050.

The main principles of carbon neutrality

As a result of the increasingly visible damage to the environment, humankind has decided to change its behaviour in order to reduce the amount of greenhouse gas in the atmosphere.

Why are different greenhouse gases harmful to the environment?

Whether caused by transport, deforestation, heating, industry or energy production, CO2 is the main source of the huge concentrations of greenhouse gases in the atmosphere. Unfortunately, carbon dioxide is not the only pollutant.

The notion of “climate neutrality” seems to indicate that all GHGs are taken into account. According to the Kyoto Protocol, there are five other greenhouse gases that are equally harmful for the environment:

Generated by cattle and ruminants rice production and intensive agriculture methane remains in the atmosphere for less than 15 years.

Found in mining and oil operations or rubbish dumps. Short life cycle, but its global warming potential is 2,800 times higher than CO2.

Originating from soils and oceans, humans use this gas in the agricultural sector (added to fertilisers, in particular), and the chemical and automotive industries. This gas is 300 times more effective at warming than CO2 and 25 times more than methane, in particular, because the molecules remain in the atmosphere for up to 120 years.

Used in fire extinguishers or air conditioners. Has a high warming potential (7,600 times higher than CO2)

Widely used in the pharmaceutical industry. This gas contributes about 23,500 times to global warming than CO2.

How much CO2 is produced by non-natural methods?

The European Commission reports that natural reservoirs remove between 9.5 and 11 gigatonnes of CO2 per year. In 2018, France emitted 452 megatonnes of CO2 and natural sinks only captured 25 megatonnes. This is an immense difference compared to our emissions.

Why aim to achieve carbon neutrality?

The impacts of our lifestyle on the environment are becoming increasingly obvious and severe. To create a climate-neutral world, we must be aware of our behaviour and take action to ensure our survival!

Global warming is occupying the front pages more than ever. As its effects begin to be felt around the world, each individual must make an effort to improve the situation and protect our health.

In addition to consuming more than the Earth provides each year, the planet can no longer keep up with our pace of life and its resources are being depleted. Moreover, pollution is everywhere (in the air and sea, especially with plastic, and the soil), sea levels are rising, the ocean is heating up, heatwaves are becoming more frequent, animal species are migrating earlier and ecosystems are under threat.

Instead of destroying our home, let's protect it!

Complying with the framework set out by the Paris Agreement

The Paris Agreement encourages participating countries to meet every five years to assess their progress and step up their efforts. The keywords are transparency, cooperation and accountability.

How can companies achieve carbon neutrality?

According to a 2017 report by the NGO Carbon Disclosure Project, 100 companies account for 70% of global carbon emissions. Fortunately, everyone can do their part and make a commitment to fighting climate change.

Measuring and monitoring your emissions

To facilitate the ecological transition of your company, it is advisable to assess your business carbon footprint. A legal obligation for companies with more than 500 employees, this in-depth analysis involves conducting an audit of all of a company's activities in order to implement an effective and coherent strategy.

The objective is to identify sources of emissions, convert the data into the CO2 equivalent and establish an action plan. This provides you with a clear overview of the areas in which you need to improve to become eco-friendly and to reduce emissions linked to your activity while enhancing your brand image. This first step is essential to adopt a sustainable development process and to achieve carbon neutrality.

That’s why Greenly has made it easy for you to monitor your impact. Our tool analyses all your emissions in real time and automatically calculates your carbon footprint. Save money and join over 100 socially-engaged companies including BNP Paribas, Foodvisor, La Poste and Naturalia!

To reduce your company’s emissions and facilitate the transition to carbon neutrality, it is important to analyse the results of the assessment and establish an action plan. Action should be taken to:

In addition to keeping your employees well-informed about the company's ecological transition, you can offset your carbon footprint by financing eco-friendly projects (known as “offset” projects or “contributions to collective carbon neutrality”) that contribute to negative emissions.

All projects supported by Greenly are certified or have been awarded an ecological label.

These sources can be categorised according to the 3 Scopes of the carbon assessment. A company emits GHGs:

This includes transportation of goods, manufacturing of products, energy production and emissions from stakeholders and suppliers.

Furthermore, it may seem surprising that digital technology is one of the most polluting sectors. Company data centres, computer terminals, networks and emails all have an impact on the environment. To compensate for this type of pollution, these companies must make the shift to Green IT.

In addition to the Paris Agreement, which constitutes a global commitment, there is also the United Nations Framework Convention on Climate Change (UNFCCC) and the Kyoto Protocol.

For its part, the French government has launched several initiatives to accelerate its ecological transition. The 2040 Climate Plan defines a new model for reducing CO2 emissions that is energy and resource efficient. Finally, in June 2019, the National Assembly decided to go one step further by including the objective of carbon neutrality in the European Climate Law, which contributes to global competitiveness.

While many environmental actions cost nothing at all, others require major investment. Countries (especially developing ones) are granted climate financing by Member States to undertake their ecological transition. In 2019, no less than €23.2 billion was allocated to support these countries.

In addition, there are several different types of financing available:

Subsequently, governments must commit to this energy transition by focusing on two strategies for action:

There are many negative emission projects to choose from and they vary widely! Reforestation, protection and rehabilitation of wetlands, soil carbon sequestration, waste regulation, environmentally-friendly transport or limiting the use of fertilisers in agriculture.

Technology also has a role to play through bioenergy, enhanced weathering or ocean fertilisation.

As a citizen, every action counts! Being aware of what you can do means you can change your habits and adopt a healthy lifestyle for you and the environment. Here are a few ways to move towards carbon neutrality.

The most polluting factors of our consumption

According to ADEME, a French person emits an average of 11 tonnes of CO2 per year. Our consumption can be broken down as follows, as reported by Info Compensation Carbone:

Assessing your personal carbon footprint in order to reduce it

To play your part in the fight against global warming, it is helpful to calculate your personal footprint and try to reduce it by making changes in your daily life. Obviously, it is complicated to calculate this by yourself, which is why you can refer to the simulator “Nos Gestes Climat” by ADEME, or those of the WWF or Greenly!

These two tools provide an estimate of your personal climate footprint based on your food intake, your various modes of transport and your appliances. These results can help you to identify which areas you should focus on to reduce your daily carbon footprint.

Strategies to reduce your carbon footprint

Adopted in 2015 and revised in 2019, the “National Low Carbon Strategy” (SNCB) is a roadmap for France to meet the targets set by the Paris Agreement. The objective is twofold: to achieve carbon neutrality by 2050 and to reduce the carbon footprint of citizens.

Examples of sustainable and reasonable initiatives:

What timeframe should we set for achieving carbon neutrality?

European Union countries have set the goal of achieving carbon neutrality by 2050. To achieve this mission, the European Commission has unveiled its “European Green Deal” in conjunction with the European Climate Law.

Carbon neutrality is a real challenge for both governments and individual citizens. By reducing our emissions and halting the degradation of ecosystems, we can give nature a chance to help us combat global warming. As we have seen, ecosystems play a major role in climate regulation.

It is time to adopt more sustainable lifestyles and forms of consumption!