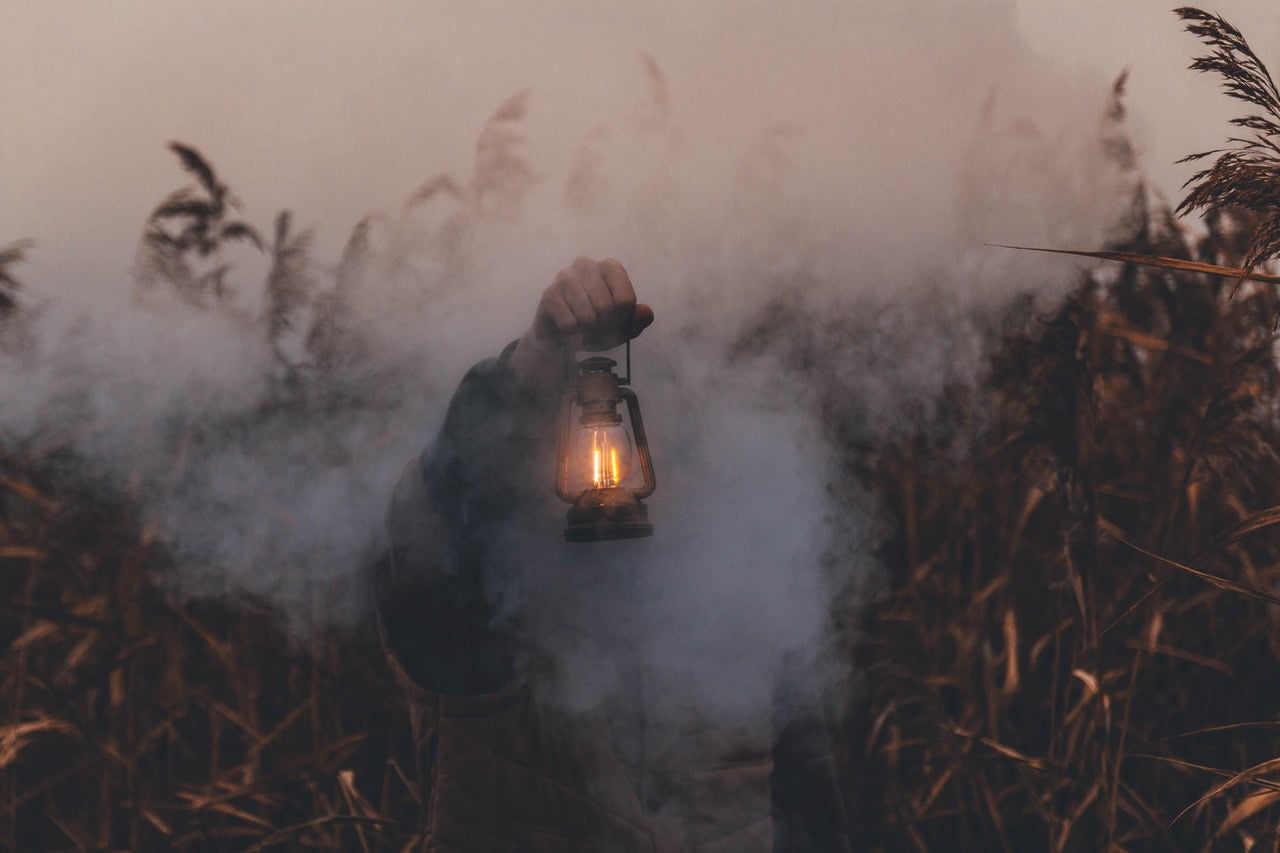 Climate change has been a growing problem, as it has impacted the way businesses operate, how developing countries strive to obtain resources, and how we rebuild local communities after suffering the nasty effects of natural disasters due to global warming.

Needless to say, climate change has continued to change life on Earth as we know it – and will continue to do so until we stabilize or cool rapidly rising global surface temperatures. 🌡️

Where does climate change stand in 2022?

What is climate change? ⛅

Climate change refers to the long-term impact on temperature or weather patterns.

Shifts in climate change are innate and are expected to evolve over time during the solar cycle, but increased human activity such as industrialization and urbanization have impacted the natural cycle of climate change. 🌡️

Fossil fuels, carbon dioxide, and various greenhouse gas emissions have made climate change a more predominant problem in our society, and it has given climate change the power to ultimately impact the way we approach sustainable business and daily lifestyle habits.

What is the difference between climate change and global warming? 🔥

Climate change refers to both the changing temperatures and bizarre weather patterns, whereas global warming solely refers to the increase of the Earth’s temperature.

Think of planet Earth like a person who is out and about in a winter storm wearing a heavy winter jacket. Now, imagine that the Earth is still wearing that jacket and isn’t allowed to take it off – and the weather suddenly changes from winter to summer… a toasty summer, at that. 🍞☀️

That’s how the Earth feels due to global warming – suffocating in heat and unable to find any immediate relief. Global warming is due to the burning of fossil fuels that create greenhouse gas emissions and trap the sun’s heat and provoke temperatures to rise. ⏫

Why is climate change bad for the planet and life on Earth? 🌍

Climate change is negatively affecting the temperature, wildlife, ecosystems, and natural resources that human life depends on for survival. Needless to say, climate change isn’t necessarily the greatest thing to happen for life on Earth.

Climate change is occurring due to our increased industrial activity, urbanization, and high-carbon emitting pleasures like travel and the rapid acceleration of consumerism for products like fast fashion. These activities deplete unnecessary resources, while also worsening pollution with the extensive use of fossil fuels that perpetuate even more greenhouse gas emissions – which all aids to maintain climate change to be the crisis that it is.

Climate does not only threaten human life, but various animal species on the planet as well. 🐏

Rising temperatures, specifically in the Arctic region, have caused ice glaciers to melt and in turn have threatened all forms of life that dwell in cold environments.

Many animals have been left with no choice but to flee their natural habitats. Also, climate change has affected plants, trees, and flowers – as they are no longer following their natural life cycles due to these spontaneous shifts in weather patterns.

These challenging events are only expected to occur with increased severity at a more frequent rate as climate change continues to be a problem. 😥

🕐 How did climate change start?

Scientists discovered the phenomenon of climate change after measuring the surface temperature of various oceans, and were able to correlate the significant increase with the growing rates of urbanization, industrialization, and human consumerism. 🏘️

⏪ Is it possible to reverse climate change?

Since climate change began, several new technologies have been developed like carbon capture and storage systems. These machines strive to mitigate further carbon dioxide or greenhouse gas emissions from entering the atmosphere. As revolutionary as this is, the environmental damage made to the problem isn’t reversible. 😥

Even with many companies and countries around the world striving to reach net-zero emissions, it still isn’t enough to reduce global temperatures overall. It is unreasonable to expect all individuals, companies, governments, and communities on Earth to cease all industrial activities that emit excessive amounts of carbon or greenhouse gas emissions.

The most reasonable approach is to utilize both carbon offsetting methods and preventative measures to reduce global warming to stabilize the rising temperatures of the planet. 🌍

While there are many preventative measures and new technologies being made to combat further climate change, the truth is that the forecast for climate change in 2022 isn’t looking much better. 😬

The worst projection for climate change in 2022, is that the chance for the average global temperature to rise above 1.5°C has increased to almost 50% for the next five year period between 2022 and 2026.

These expected, worsening predictions for climate change in 2022 will not be the pique of global warming misery. As long as we continue to emit extreme amounts of greenhouse gas and carbon dioxide emissions into the atmosphere, climate change will continue to worsen. 🔥

📖What policies are currently in place to monitor and improve climate change?

In 2022, there are several treaties, conferences, and initiatives taking place in order to measure, monitor, and mitigate climate change.

Here are just a few of the many measures being taken and implemented to improve the state of climate change in 2022 and the years to come.

The Conference of Parties, otherwise known as COP,  is an annual meeting where global leaders discuss the current most imperative threats to climate change – and debate the best approaches on how to fix those specific problems that are causing climate change, as well as other climate challenge issues around the world. 🌎

The UNFCCC, otherwise known as the United Nations Framework Convention on Climate Change – is an international treaty that seeks to mitigate the detrimental effects of human activity on climate change. The UNFCCC, alongside other global leaders, attends the Conference of Parties every year to discuss climate change.

The Paris Climate Agreement replaced a previous international climate treaty called the Kyoto Protocol in attempts to provoke the world to improve their measures around reducing greenhouse gas emissions.

This environmental treaty aimed at reducing global emissions is a crucial policy for climate change in 2022 as it recognizes that climate change is a pivotal global predicament, and therefore demands the need for all countries to set goals to reduce their carbon emissions.

The transition to net-zero emissions is when a company seeks to balance out all the carbon and greenhouse gas emissions that they are responsible for being released into the atmosphere. Most organizations achieve this goal by investing in alternative carbon offsetting projects or purchasing carbon credits to counterbalance their own emissions.

Countries and companies around the world are striving to achieve net-zero emissions, and while it is a great tactic to eventually stabilize global warming and rising temperatures – it isn’t enough to actually reduce the effects of climate change. 🌡️

While striving to achieve net-zero emissions is great, balancing the amount of carbon dioxide or greenhouse gas emissions that companies emit into the atmosphere isn’t enough to reduce climate change to the extent that it needs to be.

Carbon offsetting projects and carbon credits, which are the most common tactics used to achieve net-zero and carbon neutrality, are great – but they don’t get down to the root of the problem, which is to establish more sustainable business practices that ultimately reduce the use of fossil fuels, greenhouse gasses, and carbon dioxide emissions in the first place.

✊🏻What actions can we take in 2022 to reduce climate change?

The biggest thing that companies, countries, and individuals around the world alike can do is strive to be more climate positive instead of merely joining the movement to transition to net-zero emissions.

To be, “climate positive” is when a company or individual seeks to directly reduce their own carbon footprint rather than investing in carbon offsets to even out the amount of carbon emissions they produce.

In short, being climate positive is better than transitioning to net-zero emissions as it tackles the root of the problem that created climate change in the first place – excessive greenhouse gas and carbon dioxide emissions.

Being climate positive can also improve business endeavors – as investors, customers, and future employees alike will strive to collaborate with companies that actively seek ways to directly reduce climate change.

Also, altering things in your typical daily routine to reduce climate change shouldn’t discharged in 2022 – things like greener transportation methods, plant-based diets, avoiding fast fashion or opting for sustainable clothing garments instead, shorter showers, turning off devices when not in use, and more energy efficient devices are all great habits to implement that can still help climate change in 2022. 👏🏻

All in all, climate change in 2022 isn’t looking great – but there are still a plethora of opportunities for global leaders, company managers, and average people like you and I to change the course of climate change so that the next five year period doesn’t look as bad as this one does.

If reading this article about climate change in 2022 has made you interested in reducing your carbon emission to further fight against global warming – Greenly can help you!