No doubt: we are in a climate emergency. Yet climate skeptics question it. What are their arguments? Let’s have a look. The match is on! 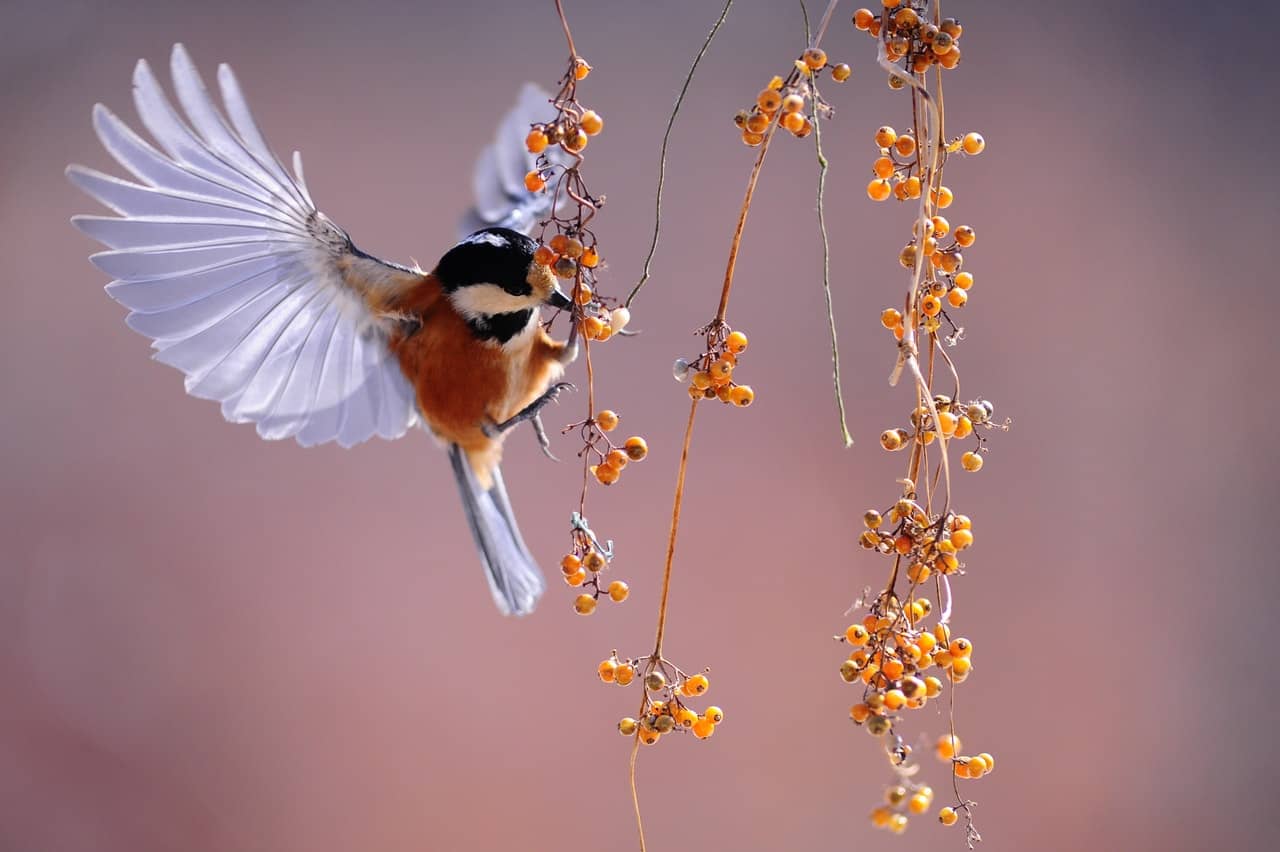 During the French presidential election, Emmanuel Macron described Marine Le Pen as a «climate skeptic». Regardless of the debate between the finalists at the time, this term caught our attention. 🤓 And for good reason: despite the scientific evidence - not to mention the natural disasters tha are unfortunately happening  a bit too often - some people do question the existence of climate change, as well as its origin. And it annoys us tremendously. 😡 For this reason, Greenly has decided to look at the arguments of climatosceptics. What are they? Let’s unpack it.

🤔 What do you need to know about climate skeptics?

A person who denies or minimizes global warming and/or refutes the fact that it is caused by human activity is called a “climate skeptic”.

A "climate skeptic" individual is convinced that global warming is a natural, inevitable and cyclical phenomenon. In some cases, he also estimates that climate change will finally have positive consequences or that technology will save the situation.

A study conducted by Opinion Way on April 21, 2022 for Primes Energie shows that 21% of French people - 29% of whom are 35 to 49 years old - are climate skeptics. 😨 In addition, 47% of those surveyed think it is simply “too late to reverse the course of global warming.”

Well, let’s not beat around the bush: this pessimism is not the only characteristic of climate skeptics. The ignorance, the fear of accepting a disturbing truth or the reluctance to put in place binding solutions usually fuel their beliefs.

To be noted: the doubts and the other false theories related to climate are proliferated on social media. Beware of misinformation! Moreover, according to a report made by Greenpeace, in partnership with Friends of the Earth and the association Avaaz, social networks do not fight enough against fake "climate" news. 😑

👀 What are the main arguments of climate skeptics?

«The climate changes all the time, it’s not new.» ☔

Fair enough. Our planet has experienced several climate changes over its long history. But the one we currently live in is faster and more violent than ever. In addition, it is directly caused by human activity - that was not the case before.

The beginning of a new geological epoch would illustrate the deep transformation of the Earth system caused by Man. Evoked for the first time in 2000 years - and still under discussion today - the Anthropocene era («the age of humans») would recognize human activity as the main cause of climate change, surpassing geophysical forces. 🌌 Let’s just say it sucks. 😬

The upheaval we are currently experiencing is linked to human activities and, more particularly, to the carbon dioxide (CO2) emissions they generate, which have steadily increased since the industrial revolution.

Released through the extraction and use of fossil fuels - oil, coal and gas - carbon dioxide is one of the greenhouse gasses that cause global warming. The IPCC (Intergovernmental Panel on Climate Change) is very clear: «Since 1970, global temperature has risen faster than over any 50-year period in the last two millennia».

🚨 Warning: climate skeptics often reference a specific climate situation that occurred during the Middle Ages. Known as the Medieval Weather Anomaly, this period was warmer than normal. However, no comparison is possible: the heat was regional and not global. As well as the impact which does not compare at all  to the events we know today.

“There is no global warming, it’s still cold!” ☃️

Nice try. But we shouldn't misconstrue the notions of weather and climate. The first one studies atmospheric phenomena, with the aim of predicting weather at a specific place over a short period. While the second focuses on the weather conditions observed over long periods and the entire planet.

In addition, record low temperatures in a specific location over a short period is not significant. To get an objective vision, it is necessary to study the average temperatures all around the world.

For example, the United States may experience a cold spell, while Russia benefits from mild temperatures at the same time. More recently, the media reported an extreme heat wave in India, while part of Europe enjoys a relatively normal spring in terms of temperatures.

We wish this were the case. 😭 This is a very popular statement among climate skeptics…

Indeed, every eleven years, the sun experiences what we call “oscillations” - detectable by the number of sunspots. These oscillations change the intensity of the solar radiation and have consequences on the Earth’s climate.

Unfortunately, in recent years, the Sun has been in a phase of low activity. However, temperatures have continued to rise.

No luck: our beautiful Sun isn’t the origin of global warming (although that would be nice).

This is not true. Contrary to popular belief, each additional degree has irremediable repercussions on the planet.

Yes, we know: the figure seems tiny. You surely do not see the difference, when the outside temperature oscillates between 0 and -1°C. But the ecosystems do.

It only takes such a small variation for the rain to turn into snow and vice versa, for example. ❄

As it stands, continuing with our present trend would make us vulnerable to an unprecedented chain of increasingly violent natural disasters - floods, fires, heatwaves, hurricanes, etc. - which would lead to migratory flows, epidemics and armed conflicts. 😶 Yippee.

According to the United Nations Office for Disaster Risk Reduction, the world has experienced between 350 and 500 large-scale climate change-related disasters each year, over the past two decades. And that number could reach 560 a year by 2030.

For this reason, the Paris Agreement wants to keep this global temperature increase at 2°C - ideally 1.5°C.

If this target is not met:

“It doesn’t matter, humans, fauna and flora are able to adapt!” ✌️

Yes, but don’t exaggerate. Since the dawn of time, climate change has been responsible for mass extinctions. Let’s face it.

Many animal and plant species have already borne the brunt of the current climate change. 💔 A sudden change, far too fast, which did not give them enough time to acclimatize (that is to say migrate).

And the human species is not safe either. Of course, our ability to acclimatize is higher, but mass populations would have to migrate.

As things stand now, that is impossible. In fact, habitable territories are now governed by very strict rules - borders, in this case. For this reason, migration from one country to another is much more complicated than in the past.

If we do not plan ahead, mass migrations would cause strong tensions at the borders and even armed conflicts. 😰

“There is no scientific consensus” 🤝

Ouch. Should the credibility of scientists be questioned? 🔍 Climate skeptics see global warming as a plot initiated by the state, elites, media and scientists to justify their funding and/or control people.

So, should we be suspicious?

The answer is no. Published in 2016, the study conducted by John Cook shows that since the early 1990s, 97% of scientists and climatologists have agreed that human-caused global warming does exist.

In addition, according to the study conducted by the American university Cornell in the fall of 2021, more than 99% of scientific articles published since 2012 confirm the role of human activity in the occurrence of global warming.

🔥 Climate change is a scientific reality

In 1824, the scientist Joseph Fourier discovered the greenhouse effect. Some time later, in 1896, Svante Arrhenius then discovered that the burning of fossil fuels charged the air with CO2, causing the air to warm up… This was the beginning of awareness (already).

However, it was not until 1958 - 62 years later - that Charles Keeling finally brought to light the fact that the concentration of greenhouse gasses is distributed uniformly throughout the Earth and does not stagnate above industrialized areas.

📖 Reminder: global warming is a transformation of climate AND ecosystems, characterized by a global increase in temperatures.

Moreover, in the years that follow, numerous scientific experiments showed that the ocean is not able to immediately absorb the CO2 contained in the atmosphere. 💨

Gradually, the climate issue emerged within the political milieu.

Let’s be clear: the IPCC does not produce research. The IPCC is composed of three working groups, which review thousands of scientific papers to produce a synthesis.

The articles studied focus on:

The aim of the IPCC report is to obtain a global and objective vision of climate change, in order to introduce solutions and stem the phenomenon - in the worst case, to enable our civilization to adapt.

The first report prepared by the IPCC was published in 1990.

1997: the beginning of the fight against global warming 💪

As the climate emergency was emerging in the political debates, several major agreements were also initiated.

In 1997, the Kyoto Protocol aimed at reducing six greenhouse gas emissions by 5.2% between 2008 and 2012 (compared to 1990 emissions). It was the first truly binding climate agreement signed.

In 2015, the Paris Agreement was also ratified at COP 21. This historic agreement notably setted the goal of carbon neutrality, to limit global warming to 2°C - ideally 1.5°C.

Then came the COP 26 (Conference of the Parties) in 2021 - and its famous Glasgow Pact.

Next appointment? The COP 27 which will take place in Sharm el-Sheikh from 7 to 18 November 2022. Several issues will be discussed, to reduce our CO2 emissions as quickly as possible (reducing energy demand, limiting our dependency on fossil fuels, capturing carbon emissions from human activity and improving climate finance).

On April 4th, 2022, the IPCC released the closing chapter of its sixth report. The conclusion is clear: the analysis of 18,000 scientific studies concludes that the planet has already warmed by +1.1°C.

Moreover, this warming is expected to reach +2.7°C by the end of the century if nothing is done. 💥

We have three years left to reverse the situation if we hope to maintain a “livable future”. 🤯

To limit global warming, the IPCC insists we act directly on our way of life, production and consumption.

🌱 Start your transition with Greenly!

It’s time to act! Do you want to be part of the solution? Then contact our experts and ask for your company’s carbon footprint. 😎

🚀 if you enjoyed reading this article here are a few more :