COP26: All you need to know

Find out below what commitments were made during the COP26 in the fight against global warming. 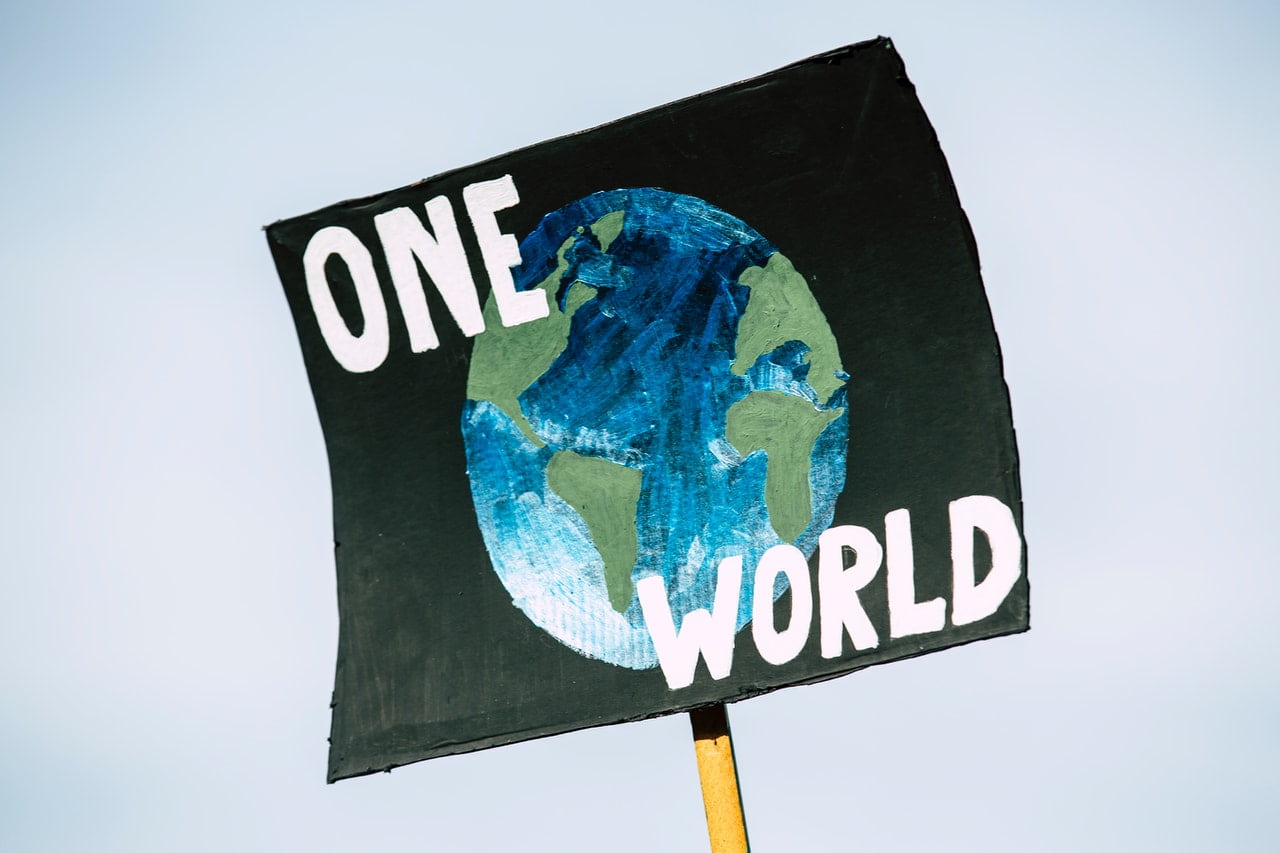 Environmentalists, NGOs and anyone concerned about the environment have been looking forward to COP 26. According to UN Secretary General António Guterres, this 26th conference was considered "the most important since Paris".

Although it was supposed to result in binding agreements to limit global warming to 1.5°C, the decisions taken up did not live up to expectations. What is the outcome of COP 26? What can we expect for COP 27? Greenly takes stock.

When did COP 26 take place? What were the objectives? What is the COP? All the answers below!

In short: what are we talking about? 👀

The 26th Conference of the Parties on climate or "United Nations Climate Change Conference" (COP 26) was held from October 31 to November 12, 2021 in Glasgow, Scotland. For two weeks, states negotiated international agreements to limit global warming to 1.5°C, in compliance with the United Nations Convention and the target set by the Paris Agreement.

Postponed for a year due to the Covid-19 pandemic, COP 26 was able to augment its position thanks to the health crisis. The global lockdown of March 2020 provided a glimpse of significant improvements on the environment. According to the Global Carbon Project's Annual Review, global CO2 emissions have dropped by 7%. How can we learn from this event?

As such, 196 countries, the European Union, world leaders and tens of thousands of representatives from governments, regions, cities and non-state actors (NGOs, investors, from the scientific community, etc.) were present. A total of 40,000 participants were registered to try to improve the situation.

The acronym COP stands for "Conference of Parties". This conference brings together the signatory states of the United Nations Framework Convention on Climate Change (UNFCCC). Signed in 1992 at the Earth Summit in Rio de Janeiro and entered into force in 1994, this convention brings together a large number of actors to ensure that the 1.5°C objective set by the Paris Agreement remains feasible.

Following this commitment, the first COP took place in March 1995 in Berlin, Germany. Each year since then, this international climate conference is organized successively on each continent for two weeks. In addition, before each COP, a pre-COP in the form of an informal meeting is organized. The environment or energy ministers of about 50 countries meet to prepare the negotiations.

Since then, three COPs have gone down in history:

What were the objectives of COP 26? 🎯

Each COP takes place under the authority of the UN, which has been responsible for the IPCC since 1988. Faced with the group's latest forecasts, COP 26 had to address four main issues:

For its part, France wanted to reaffirm its commitment to the fight against climate change.

In order to satisfy both developed and developing countries, the texts were discussed at length before being approved by all participants. Here are the conclusions of COP 26.

On November 13, 2021, COP 26 closes with the adoption of the "Glasgow climate pact" signed by 197 countries. The goal is to reduce global CO2 emissions by 45% by 2030 compared to 2010 levels. This focuses on three main recommendations.

The majority of countries recognize that current measures to limit GHG emissions are insufficient. This is why, starting in 2022, the Parties must accelerate their efforts by increasing their ambitions.

Considered insufficient to reach the 1.5°C objective, the nationally determined contributions (NDCs) must be updated every five years and then transmitted to the United Nations Secretariat. Thereafter, they will take the form of an annual synthesis report to assess the level of ambition. For example, in 2020, the EU revised its NDC to 55% GHG emission reductions by 2030 compared to 1990.

Good to know: these contributions are the targets set by each country to reduce their GHG emissions.

Also in this vein, the adoption of Article 6 of the Paris Agreement allows countries to cooperate to achieve their NDC ambitions. Thus, a country that is struggling to meet its targets can purchase emission reductions from countries that have met their commitments. This purchase of emissions takes the form of carbon credits, which correspond to one ton of CO2.

In 2009, developed countries pledged to provide $100 billion annually between 2020 and 2025 to help vulnerable countries cope with the consequences of climate change. However, the latest assessment by the OECD indicates that $20 billion of the $100 billion pledge is missing. This point has caused many disputes between countries and has prolonged the conference for more than 24 hours.

In the end, the states set up an annually scheduled "dialogue" until 2024 to "discuss the terms for financing the activities". At the same time, developed countries committed to doubling their funding for adaptation by 2025 from the 2019 level.

Adaptation is the term used when the reduction in emissions is not sufficient. When adaptation is no longer effective, it then moves into the phase of "loss and damage", which includes disasters that have become inevitable.

Unbelievable, but true: the Paris Agreement does not mention these global warming fuels once

States are now aware of the harmful role of the entire life cycle of fossil fuels (coal, oil and gas) on the environment. Nevertheless, this point was modified at the last minute by India with the support of China. Indeed, the term "gradual disappearance" of "untreated" coal was replaced by "gradual reduction", which radically reduced the ambition of the text. Nonetheless, the states did agree upon the removal of ineffective subsidies to fossil fuels.

The "Paris Rulebook" or "Règlement de Paris" specifies the guidelines for implementing the Paris Agreement. Presented during the 2018 COP 24, it was during COP 26 that the different countries reached an agreement on the last three elements of the rulebook. Thus, the conference finalized:

The gender issue was raised during COP 26. Could women be the solution to climate change?

According to the COP 26, women (mainly those from the Global South) would be the first victims of the climate crisis. On November 9, 2021, during the "Climate and Gender Day" of the climate conference, Brianna Fruean, a Samoan activist pointed out the amplification of existing inequalities caused by global warming. Indeed, gender inequality and social exclusions (unequal access to resources, lack of participation in decision-making, not being allowed to leave the house alone, etc.) increase the negative effects of the environment on women.

According to the United Nations, "80% of people displaced by disasters and climate change worldwide are women and girls.

Furthermore, the United Nations Development Programme (UNDP) indicates that women are affected by climate change because of their particular vulnerability to the environment. They put their lives at risk by traveling longer and longer distances to feed their families. They are also more fragile during pregnancy and motherhood, which makes them more vulnerable to environmental degradation. Yet women actively contribute to the preservation of biodiversity, ecosystems and sustainable development.

Several solutions exist to remedy this situation. As a first step, it is necessary to take gender inequality into consideration when thinking about climate. In this sense, the NGO WECG brings together 150 women's environmental organizations around the world and is behind the Women and Gender Constituent. It is one of the nine actors recognized by the United Nations Framework Convention.

Secondly, world leaders must support women's initiatives at the national and international levels. This also applies to the COPs! According to the Carbon Brief website, 35% of women were present at COP 26, compared to 65% of men. Even if inequalities are decreasing, women are still underrepresented.

In fact, the first commitments were made during COP 26. Canada promises that 80% of its $5.3 billion climate investments over the next five years will be used for gender equality. For its part, Sweden is anchoring gender equality in its climate action, while the United States will invest in advancing women's leadership in climate action.

Finally, there is a need to give women more time to participate in decision-making. Like the 2014 Senegalese seeding project that encourages men to fetch resources and take part in raising children. In fact, female village counselors are on the rise.

Vulnerable countries are not entirely satisfied with the conclusions of COP 26, which they consider insufficient. Thus, more ambitious climate plans are expected for COP 27.

Keeping in mind the goal to limit climate change to 1.5°C, the conference to be held in Egypt should focus on adaptation to the impacts of climate change, emission reductions, climate financing, loss and damage. The main issue is the global efforts to protect natural resources and biodiversity.

Furthermore, Africa wants to strengthen its position on climate issues and ensure that developed countries keep their promises by providing the 100 billion euros to developing countries.

🌱 Start your ecological transition with Greenly by carrying out your personalized carbon assessment!

Carry out the carbon assessment of your business in order to start the ecological transition of your company. By trusting Greenly, you benefit from a complete analysis of your activity, as well as the development of a fully customized carbon emission reduction strategy. All you have to do is implement these measures as soon as possible to fight against global warming!

After the half-hearted conclusion of the COP 26, it is more important than ever to commit to the environment. Every action counts.