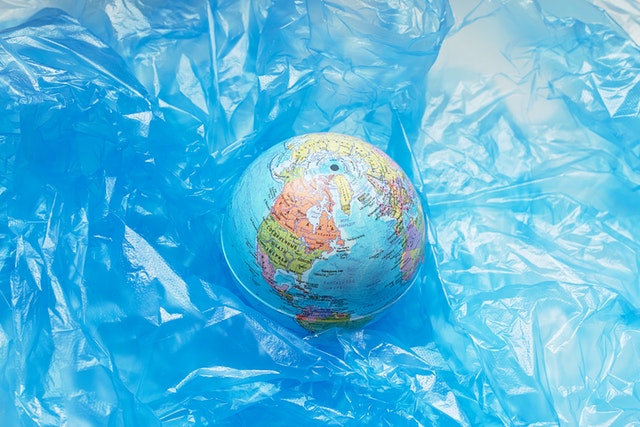 The best example is when we complain about unusual weather patterns that are seeming to grow more common as climate change worsens. 😥 Most picture climate change as a problem that has always existed, but that’s not quite the case. Climate change elicits more problems than heat waves or droughts, but threatens life on Earth as whole. 🌍

The 27th Conference of Parties, which is an annual meeting to discuss climate change – is fast approaching, and there are several issues and challenges to be discussed regarding climate change.

🌡️ What is climate change?

‍Climate change is defined as any long-term changes to temperature or weather patterns.

While these shifts are natural and expected to change course over time throughout the solar cycle, increased human activity has altered the natural cycle of climate change. ⛅

Increased industrialization and various greenhouse gas emissions produced by fossil fuels has made climate change more noticeable, and has given climate change the ability to negatively impact various means of living.

Burning fossil fuels generates greenhouse gas emissions that act like a blanket wrapped around the Earth, trapping the sun’s heat and raising temperatures.

🤔 What is the difference between climate change and global warming?

Global warming is the increase of the Earth’s temperature, whereas climate change refers to both increasing temperatures and changes in weather patterns around the world.

💭 Think of global warming like the Earth bundled up in a blanket, but it’s getting too toasty under the covers and the Earth is starting to sweat bullets. That’s how the Earth feels right now due to climate change.

🌍 How does climate change impact life on Earth?

Climate change is altering life on Earth as we know it – and not in a good way. 🙅‍♀️

Climate change is threatening vital ecosystems, wildlife, and resources that we rely on to sustain human life. Our increased industrial activity, urbanization, and increase in expenditures like travel and increased consumerism for products like fast fashion have directly raised levels of carbon and greenhouse gas emissions – while also unnecessarily depleting resources that could be otherwise reused or preserved.

Rising temperatures around the globe have caused ice glaciers to shrink, threatening life that dwells in cold environments. ☃️

Animals have been forced to flee their natural habitats, and plants, trees, and flowers are no longer following their natural life cycles. All of these climate changes that directly affect ecosystems directly impact human life as well, such as deadly heat waves or natural disasters that wreak havoc on our available resources and ability to support the fight against climate change.

All in all, climate change is the root cause of life-threatening events around the globe – and these devastating occurrences are only expected to get worse and continue to occur at a consistent rate. 😟

⏰ When did climate change start?

The impact of climate change has grown more noticeable over the last 70 years, after industrialization began to pick up the pace of rapid production starting in the 1950s.

This change in global temperature was revealed when scientists began measuring the temperature of the oceans, and noticed a significant increase in correlation with growing urbanization, industrialization, and human consumerism.

Despite the evolution of new revolutionary technologies, like carbon capture and storage systems – the already existing damage done to the environment cannot be reversed.

With a high rate of carbon dioxide and greenhouse gas emissions surrounding the planet like a blanket, it is too extreme of an ask to expect all individuals, companies, governments, and communities around the globe to completely halt all industrial or high carbon emitting activities.

A combination of both carbon offsetting and mitigation measures to reduce global warming and continued carbon and greenhouse gas emissions needs to be taken in order to control the rising temperatures of the planet. 🌍

📝 What climate change issues will be presented at the COP27?

Given the current political statement in the world, many climate change issues are to be presented at the upcoming COP27 in Egypt this November.

What is the Conference of Parties? ❓

The COP, otherwise known as the Conference of Parties, is an annual meeting where global leaders meet and discuss and negotiate how to combat climate change and various climate challenge issues around the world. 🗺️

The goal of the Conference of Parties is to address and reassess issues regarding climate change amongst members of the United Nations Framework Convention on Climate Change, or the UNFCCC – to reduce climate change.

🤔 What is the UNFCCC? The UNFCCC is an international treaty aimed to monitor and advise the participating countries on their plans to address climate change. They attend the Conferences of Parties every year alongside members of the Paris Climate Agreement and other global leaders.

How does the Conference of Parties work?  🎡

Held once a year, the Conference of Parties serves as the main decision making body to establish and discern which countries should implement which regulations for the sake of improving the environment. Any climate change concerns are presented at this annual meeting, and the Conference of Parties will make decisions concerning the future mitigation strategies of climate change after a series of debates.

To be addressed at this year’s COP is the inevitable environmental impact the United States has, as they are the world’s second largest greenhouse gas emitters behind China. The blind promises to reduce carbon emissions made by the United States are starting to affect other countries' carbon emission reduction goals, and this is a key point that will be discussed at the summit.

For example, the Supreme Court of the United States is continuing to hinder the United State’s progress in reducing carbon and greenhouse gas emissions – such as the recent ruling by the supreme court for Environmental Protection Agency to have all emission reducing tactics approved by legislation before implementation.

As the United States is one of the world’s most powerful and resourceful countries, the new ruling by the supreme court makes it more difficult for entities in the United States to take immediate, concrete action to mitigate climate change.

This directly slows other countries down as well, and continues to impact the globe’s progress in the fight against climate change. This will be the primary cause of concern and discussion at this year’s Conference of Parties, while still pontificating to all other countries the importance of being aware of how their actions impact the environment and prioritizing climate change goals. 🌎

The impact of the reluctance to use or rely on Russian gas will also be discussed. The effects of the war in Ukraine, where food shortages have increased alongside prices for vital essentials amidst a looming world recession – has provoked climate change to move to the back burner. This predicament will also be addressed at the COP27.

Has the Conference of Parties been successful in the past? 🎉

There have been 26 previous Conferences of parties, with their importance growing each year as climate change continues to negatively impact all other sectors of life, economy, and sustainability around the planet.

💥💥 What needs to happen to improve climate change?

The problem with climate change is that everyone believes that anything they do to reduce climate change themselves is too trivial to have any substantial effect, but that couldn’t be further from the truth.

In fact, the very problem with climate change is that since everyone believes their part in contributing to pollution makes no ultimate difference – is that it provokes no one to do anything about climate change: even small actions that could make a difference.

💭 Think of climate change like voting. Countries, like the United States, have a consistent history of low voter turnout because most citizens eligible to vote have the predisposition to think that their opinion or vote will ultimately be insignificant and not produce any tangible change.

When the reality is, if everyone voted – it could very well alter the predicted results of presidential or supreme court elections. 🇺🇸

Climate change works in the same way – most believe their individual, habitual actions like taking public transportation or buying a plastic water bottle aren’t impactful to improve climate change, but that couldn’t be further from the truth.

If everyone around the world took small actions to adjust their daily habits to be more environmentally friendly, then the predicament of climate change would lessen immensely. ⬇️

💪 How can individuals and companies alike fight against climate change?

The fight against climate change isn’t up to only the world leaders that will meet at COP27, but perhaps is even more so contingent on the daily actions of people around the world.

Here are a few things you can do everyday to aid in the fight against climate change.

Making an effort to turn off lights, unplug chargers or devices not being used, and limiting the use of central heating or air conditioning when not necessary can help immensely to reduce the use of excessive energy consumption. 🔋

Next time you leave a room or your home for a few hours, try your best to ensure that any technology or energy-sucking devices are turned off. You could lower your electricity, water, and heating bills while also helping the environment!

Water is a vital resource, and it is scarce enough as it is. Do you know the easiest way to conserve water, besides shortening your shower time? 🚿

Try Meatless Mondays or eat more plant-based! It takes three times the amount of water to feed a carnivore than it does an omnivore.

Eating plant-based food, even just once a week, can help to conserve water, reduce deforestation, and decrease greenhouse gas emissions by lowering the demand and energy consumption required to produce carnivorous meals. 🍲

It’s 2022 – there are a million other ways to get to school or work without using a car that requires fuel to function and emits unnecessary greenhouse gas emissions.

With gas prices increasing, especially in the United States – not only is driving your car further polluting the environment, but it’s becoming more and more financially unsustainable to drive. 🚗

You can bike, walk, metro, or even try a pool ride share service to reduce your carbon footprint on your daily commute.