Electric cars: are they really ecological?

Electric cars are becoming mainstream, but does that mean they’re better for the environment? According to the experts, yes. Read for more details. 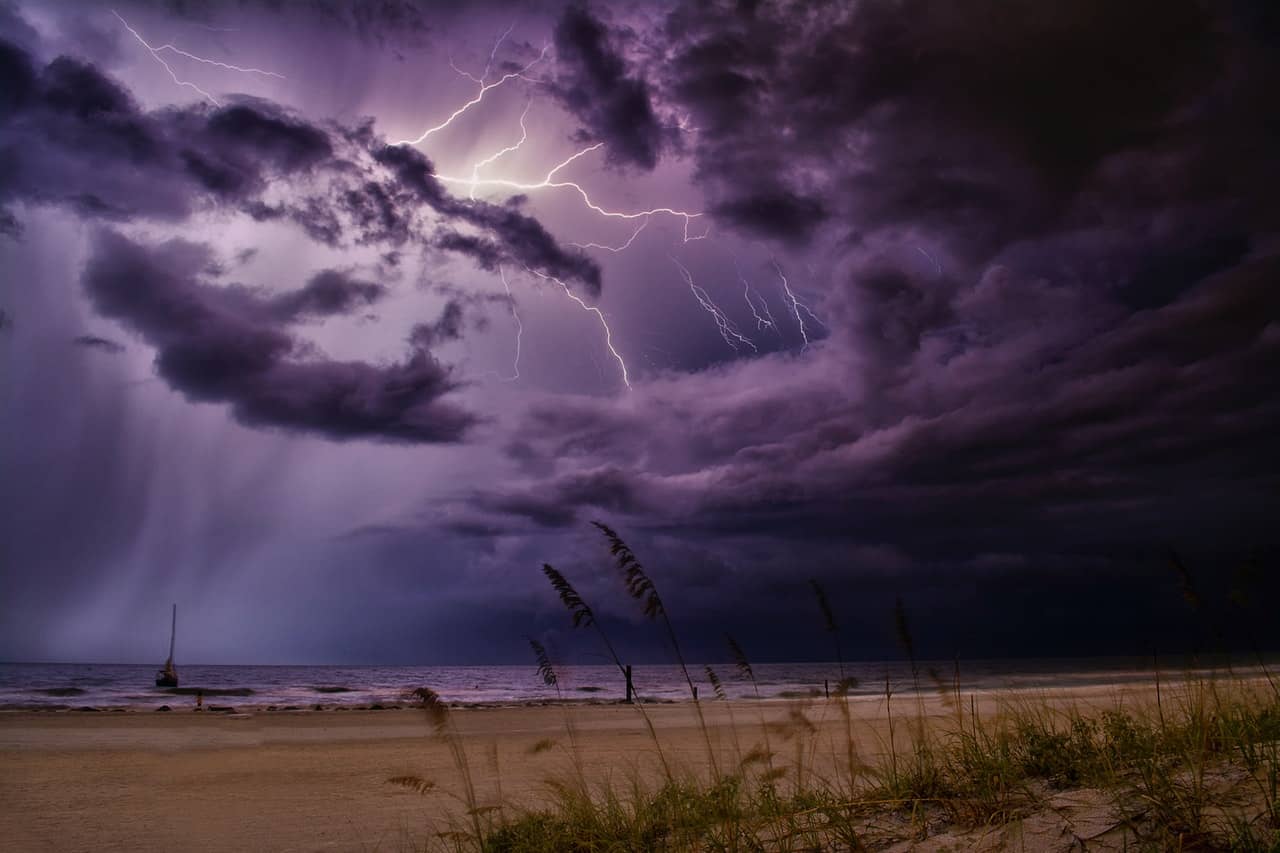 Electric cars and vehicles are designed to be an eco-friendly alternative to cars that run on gasoline. This has led global leaders and automakers to embrace electric vehicles as part of their carbon emissions reduction strategies.

General Motors has gone so far as to sell only electric cars and light trucks by 2035, and completely transform its automaking to battery-powered designs. Volvo is another car manufacturer with plans to pivot to electric-only new car sales by 2030.

Yet, no industry comes without an environmental footprint.

Does this mean that electric cars are worse than regular cars? Experts say no, but they do have some important environmental pitfalls to address.

Read on to learn their environmental impacts, ways to address them, and popular myths about electric cars.

🚙 Quick reminder: what are electric cars?

Plugging in your transportation is a new concept to most people who are used to pumping gas to get from point A to point B. With a dashboard that looks like a giant smartphone, EVs can look like they’ve come from the future.

Yet, their technology is not new. Electric cars have existed just as long as cars powered by gasoline. Here are the basics of how today’s models work.

What is an electric car (or electric vehicle (EV))? ❓

Just like your average automatic transmission car, an electric vehicle powers on with an ignition, accelerates with the gas pedal and stops with the brakes. The main difference from a gas-fueled car is the design of its motor.

Electric vehicles are powered by batteries which must be periodically re-charged using a charging station connected to an electricity power source. This is familiar to most people because it’s the same way we charge our phones, computers, and other electric devices and appliances.

Most electric vehicles use a lithium-ion battery with a relatively simple design. In fact, there are only 20 moving parts in an EV motor versus almost 2,000 in the engine of a comparable internal combustion engine (ICE) vehicle.

A fully electric car requires no petrol or diesel and no gears to drive higher or lower speeds. Instead, pressing the accelerator powers the motor from an electric battery. The motor turns the wheels from the drive shafts.

When you press the brakes, the energy generated in the motor can deliver power back to the battery, helping it retain an electric charge longer.

There are a few key differences between electric cars and gas-fueled vehicles:

What are the different types of electric cars? 📑

There are four main types of cars that use some form of electric power. Some include both electric and gas-power within the same vehicle.

What about hybrid cars? 🚘

Hybrid vehicles are an attractive option for people who want to lower their gas costs and environmental footprint in areas without a lot of charging stations.

Depending on the level of power the electric motor supplies, hybrids are classified as strong or mild.

The key point is they emit less CO2 and they require less fuel so they can save their owners money.

🍃 Are electric cars greener than fossil fuel powered ones?

We know that electric cars don’t emit CO2 emissions from their tailpipe, because no fuel is burned. That said, they still require electricity. For now, most electricity (about 60%) still comes from fossil fuel sources in the US.

To understand the full picture, you’d have to compare how fossil fuels are burned while charging your electric vehicle versus the amount burned to drive an ICE car. This varies a lot depending on the region.

This varies country to country as well as state to state. Driving an electric car in Iceland, for instance, would emit almost no emissions from its operation or charging, because the energy sources there are predominantly renewable: wind, solar, geothermal, and hydro.

In the US, Maine sourced just 79% of its electricity from non-fossil fuel sources in 2020, while Texas relied on wind, solar, and nuclear for only 32% of its electricity. On the other hand, Texas is installing more solar power than any other state, so the mix will likely improve over time.

These issues make it necessary to compare the environmental footprint of electric vehicles today as well as within future projections.

So what’s the final verdict? According to the US EPA, even when you account for GHG emissions from electricity generation for charging, electric cars still have a smaller carbon footprint than gasoline cars.

Another critical factor in electric car sustainability is their manufacturing practices. As with all vehicles, producing new electric vehicles requires raw materials. According to the Union of Concerned Scientists, manufacturing for electric cars emits more carbon emissions.

Unlike gas-powered vehicles which use common metals and materials in their engines, most electric vehicles use rare earth elements (REE) such as lithium, nickel, cobalt, and graphite. Mining these elements requires carbon-intensive practices.

Another concern is that mining these REE materials comes with environmental trade-offs. About 60% of the reserves of cobalt are found in the Democratic Republic of Congo (DRC), where rainforests with rich biodiversity grow. Mining in these areas could threaten biodiversity.

Beyond mining, half of the environmental impact of electric vehicles comes from producing their batteries. However, this manufacturing process could shift to depend on more renewable energy sources in the future.

For a direct comparison, however, the environmental impact of EVs improves over the lifetime of the vehicle compared to a conventional car. The break even point is roughly 6 to 16 months in the US, and 2 years in the EU.

Consumer reports suggest EV batteries could last a lifespan of 17 years or 200,000 miles. The average lifespan of a conventional car is 12 years. This practice of measuring and comparing lifetime emissions is an important environmental comparison strategy called Life Cycle Analysis.

In sum, about 10-15 years of an EV’s lifespan would operate with a better carbon footprint than conventional cars with clean energy charging, assuming no change to manufacturing or battery technology.

However, the end of life of batteries presents another ecological challenge.

⚡ What about electric cars’ batteries? Are they recycled?

The US has accomplished impressive progress on recycling 99% of its lead-acid car batteries. These are the ones found in conventional cars.

Yet, recycling lithium-ion batteries is a much less developed area. Lithium is found in such low traces within the batteries, that it is hard to recover. In the EU, only 10% of lithium in batteries is recovered.

As the market for EVs grows, more companies have shown interest in solving the riddle of recycling batteries. Innovative companies are exploring solutions like mining them for their REE ingredients or repurposing them for renewable energy storage.

Recycling and reuse of outmoded EV car batteries is a promising field that would offset the environmental impacts of manufacturing the batteries, by extending their useful lifespan.

Fact: It depends on the energy mix of your region. Compare the different estimated greenhouse gas (GHG) emissions from different car types, use the “Beyond Tailpipe Emissions Calculator” available on the US EPA website.

The calculator gives you estimates by EV type (including hybrids) and zip code and offers gasoline car emissions, so you can draw a realistic comparison.

Myth: Electric vehicles run out of charge too quickly to manage daily commutes and travel needs.

Fact: Americans’ average travel distance per household per day is 50 miles, while 85% of US households travel under 100 miles per day. A fully charged EV can travel roughly 200 miles, while charging at the station can deliver 100 miles of travel range.

Another factor impacting EV range is driver behavior and weather conditions. Cold temperatures can reduce driving range up to 40%.

Fact: A greater variety of electric cars is available everyday. Manufacturers are developing them in a wide range of sizes, shapes, and hybrid vehicle options. Over 50 PHEV and EV models are available including Tesla’s Cybertruck, which offers pick-up utility.

Fact: The US currently has over 45,000 stations available, with more being installed daily. However, a little-known fact is they can even plug into standard 120 V (Level 1) outlets. The technology for charging is no different from charging your iphone.

The charging rates for each are as follows:

Fact: For new vehicles, this is true. However, the lifespan of an average vehicle is over ten years. Lifetime emissions for EVs are much lower.

While the precise comparison depends on the car model and useful lifespan for each car type, charging emissions, and more. In general though, a 300-mile car range EV has roughly a third less emissions over its lifespan than a conventional car on average–even with today’s electricity power mix.

Fact: All manufacturers are required to meet high safety standards. The standards between electric vehicles and conventional vehicles are no different in the US.

EV batteries also undergo intense testing to meet safety standards for avoiding short-circuits from water or other factors. Car batteries are designed to detect risks and automatically shut down to avoid collisions and short-circuits.

If you want to learn how many carbon emissions you can reduce by swapping out your fleet of vehicles with an EV, Greenly can help. Our intuitive platform is designed to spur carbon reduction strategies across businesses.