Heatwave UK: What Should Your Company Do?

What is heatwave in the United Kingdom, and how is it impacting society and business? What should your company do in the midst of the heatwave? 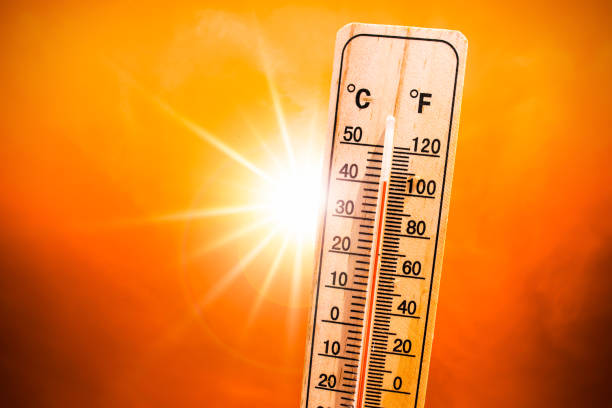 The U.K. is known for being one of the cloudiest, rainiest places in the world – even during the summer time. ⛅

However, over the past few days and in the month to come – the United Kingdom is set to experience some unforeseen high temperatures and droughts that aren’t common for this region of the world.

How will citizens and companies cope during these bizarre, potentially detrimental weather patterns?

The United Kingdom has been facing a serious of unusual heat waves, the past few weeks – and there is another one coming up this first week of August were temperatures are expected to hit 35°C, which is equivalent to 95°F. 🌡️

Given temperatures are remaining well above the average at five degrees Celsius and nearly ten degrees Fahrenheit higher than usual – the longer-term cause for concerns of these heat waves in the United Kingdom are growing. ⬆️

August is typically a wet month in the United Kingdom, so it’s detrimental for agriculture and overall resources to suffer an unexpected drought as such.  💦

Citizens of the U.K. have been warned to avoid being outside in the middle of the day, to close curtains in the house to block heat from entering the home, and to remain in the shade whenever possible. They’ve also been reminded to stay hydrated, and while that may appear to be a given – it’s easy to dismiss dehydration.

As more and more dismiss the grave scenario of climate change, global temperatures are continuing to rise – and global surface temperatures could even hit 3°C within the next few years.

The extreme temperatures aren’t just affecting residents of the U.K. – but could have devastating effects on historical landmarks and landscapes, as well. Last week, firefighters were struggling to put out a massive fire in a field a mere two miles away from Stonehenge.

💡 What is Stonehenge? Stonehenge is a world famous monument that was built in prehistoric times. It was built over 5,000 years ago without the assistance of modern technology.

It would be extremely unfortunate to lose more historical monuments that are irreplaceable to natural disasters like heat waves, when there’s a viable option to take collective action to reduce the amount of heat waves the United Kingdom and the world are experiencing.

Therefore, the heatwave in the U.K. isn’t just a short-term problem – but could cause a series of catastrophic effects.

Why are so many heat waves happening?

Are the numerous heat waves a product of global warming and climate change?

Recent studies provide reasonable evidence that the culprit behind these unusual heat waves in the U.K. are indeed due to climate change. Unfortunately, these extreme temperatures are only expected to increase throughout the course of the current century – with the worst heat waves to occur in the southeast region of the United Kingdom.

In fact, climate change has made high temperatures like the current heatwave in the U.K. up to ten times more likely – even without added human activity further influencing the current state of global warming to worsen.

Even with the current policies and daily measures people take to reduce emissions, it seems that these extreme temperatures won’t easily be mitigated – weather disasters like the current heatwave in the U.K. are likely to continue.

The continued global predicament of climate change is a real threat to human health, and while some communities and countries around the world have grown cognizant of this fact – not enough have, because we’re ultimately still feeling the effects of global warming with these persistent heat waves, such as the heat wave currently happening in the U.K.

Excessive, intensified heat waves can provoke significant health issues, and in some events – even death. Some of the negative health impacts of heat waves include heat strokes, cardiovascular issues, and respiratory problems.

The most menacing potential health effect of these excessive heat waves is heat stroke.

Heat stroke happens when your body is no longer able to regulate its own temperature, resulting in a spike in body temperature where ultimately – your body is unable to cool itself down. The elderly, those with chronic diseases, outdoor workers, and low-income communities or developing countries are at the highest risk of suffering from heat stroke.

Heat waves can also cause respiratory problems due to the accentuated prevalence of harmful air pollutants when temperatures are higher than usual.

How is the heatwave impacting business?

The heat wave is and will continue to impact business, the most affected being the agriculture sector.

Since outdoor workers are at an increased risk of having a heat stroke, the pace of work has to be slowed down. This isn’t limited just to planting and harvesting crops, though – think of any typical outdoor summer business:  a big one being summer camps. None of these can operate at the capacity or efficiency that they are meant to during a heat wave.

Even if you don’t work in an outdoor sector, employees are still generally less productive in extreme temperatures. 🌡️

How can your company protect your business and employees during the heatwave?

Employers can’t change the temperature outside, but they can monitor the safety and well-being of their employees.

Employers should seek to consistently evaluate the comfortability of their employees not only as a liability, but for the sake of productivity. Additional precautions should be taken for employees that are pregnant, suffer from underlying conditions that make them more prone to having a heat stroke, or those who take medications that could prevent them from regulating their own body temperature.

If employees are working from an office, a strong supply of water and air conditioning should be provided.  Also, if possible – eschew the requirement for a dress code during a heat wave: as some business attire can only aggravate the already existing effects of someone suffering from extreme temperatures.

If possible and better for the employee, offer for them to work remotely from their home in order to avoid crowded, body-heated public transportation that could cause them to arrive at the office already exhausted from excessive heat.

What are the best tips for managing your well-being during a heatwave?

Since the heat waves aren’t expected to let up anytime soon – what are the most important and effective measures you can take to prevent suffering from the deleterious impacts of the U.K. heatwave?

First of all, it’s important to watch out for people who may have an increased risk of suffering from a heat stroke. So, make sure to check in on your elderly neighbors, friends, and family with underlying conditions that could make them more susceptible to a heat stroke – especially any of those that qualify in this category that live alone.

Whenever inside, it’s imperative to block out any direct sunlight to avoid more heat coming into the home whenever possible. Close any windows that get a lot of sunlight to ensure moderate stability in the temperature of your own home.

Exercise is great – but it’s actually best to avoid it during a heatwave to avoid exerting too much energy on yourself.

It’s best to stay inside with central cooling or if possible, air conditioning during a heat wave – but if going out is necessary, strive to break up your outdoor time by spending time in a cool space. The strongest hours of the sun are between 11AM and 3PM; wear sunscreen, sunglasses, and a hat if you decide to go outside during these hours. However, it’s best to avoid any time outdoors during these hours.

If you don’t have an air cooling system in your home, use a fan – but not if the temperature is above 95°F, otherwise 35°C. This would only accentuate the heat because it allows the hot air to disperse, and won’t actually help to regulate your body temperature. Also, avoid fanning yourself – doing so will only create more energy in your body and in turn, more heat.

It’s easy to get dehydrated during a heat wave, even if you drink enough water. There have been a considerable amount of extremely hot days in Paris this summer, and when there are – I don’t allow myself to drink any coffee that day.

💡 Why? Caffeine, found in coffee and energy drinks, as well as alcohol – dehydrate you. It’s best to only stick to water, and avoid any sugary drinks like juice that can also easily dehydrate you.

Can we prevent more heatwaves like the heatwave in the U.K. from happening?

The only way we can begin to reduce the severity of these heat waves is if we tackle the root of the problem causing the heat waves: global warming.

Heat waves, like the current heat wave in the U.K., are only going to get worse – as in they will continue to occur more frequently and temperatures will get increasingly hotter in conjunction with climate change.

If we want to avoid the effects that a heat wave can have on the economy, humanity, and historical landmarks – we have to make a cognizant effort to reduce our emissions and change our lifestyles to protect the future of our planet.

If reading this article about the heatwave in the U.K. and what your company should do in the midst of rising global temperatures has made you interested in reducing your carbon emissions to further fight against climate change – Greenly can help you! 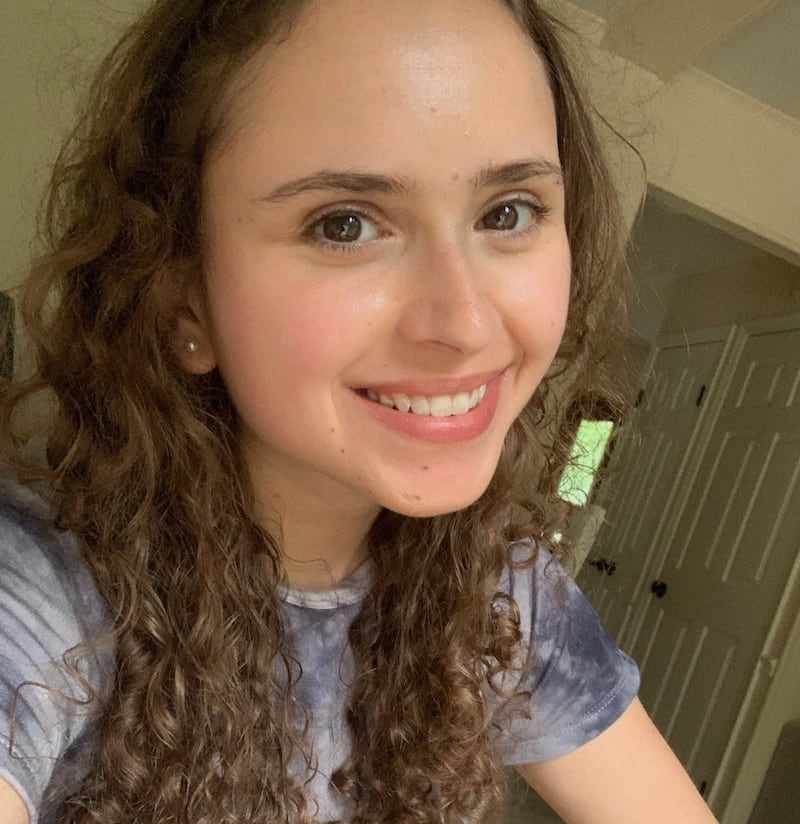