What does the future of climate change look like? How are our actions impacting the fight against climate for future generations? Here are 5 questions to better understand chapter 12 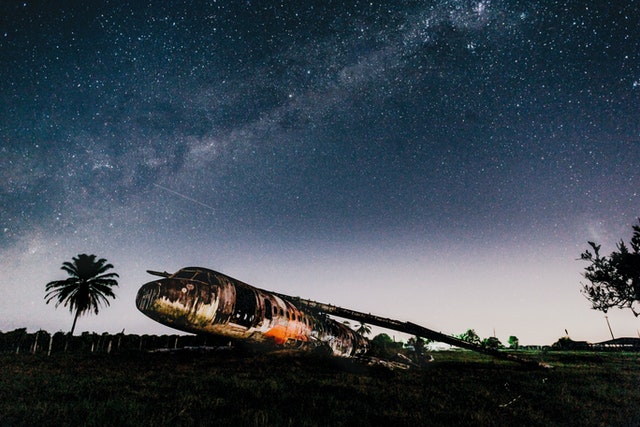 🗺️ Will temperatures remain regionally uniform throughout various continents around the globe?

As climate change continues to increase, it is becoming clear that regional temperatures will cease to exist. In other words, places that are known for typically being cooler in fall or winter months will no longer have this seasonal trait – places all around the globe will suffer from extreme temperatures. 🌡️

The atmosphere around the world is likely to warm despite these particular regions where cooling of temperatures is expected to occur.

🌡️ What will be the nature of extreme temperatures?

Overtime, it is becoming apparent through scientific research and climate models that in most places around the world, there will be more extreme heat waves than there will be cold fronts. In other words, extreme cold weather will be less and less common as temperatures continue to increase – whereas high temperatures will be more likely in correlation with these rising temperatures. ⬆️

These changes in temperatures will be demonstrated predominantly in heat waves, and the duration, intensity, and frequency of these heat waves will increase alongside the growing predicament of global warming. 🔥

Despite these expected and more detrimental heat waves, cold weather in the winter and frigid temperatures will still happen from time to time. According to most climate models, it has been revealed that mean for most low, cold temperatures are expected to increase at a more rapid rate than higher, summer temperatures. While this can be deciphered as a non-scientific conclusion due to the obvious discrepancy between cold temperatures and warm temperatures, the conclusion still points to overall toastier times on planet Earth.

🌊 How will the ocean and precipitation be impacted as climate change continues to worsen?

Temperatures aren’t the only thing that are likely to be affected as climate change seeks to negatively impact future generations. Precipitation around the world will also increase as the surface temperature of the globe continues to rise. ☔

On the contrary, places like subtropical regions are expected to experience less precipitation. Overall, precipitation such as storms – are likely to evolve to be more instantaneous, shorter, and extreme as temperatures continue to rise throughout the century.

The regions of the world that are already warm and experiencing the effects of climate change, such as wet tropical regions – are likely to experience stronger rainstorms and more frequent precipitation. 🌴

💨 How will the carbon cycle and atmosphere be impacted?

The atmosphere and current carbon dioxide cycle will continue to deteriorate as global warming continues to rise over the course of the next century.

According to climate models, the average sea level pressure is expected to decrease in correlation to high latitudes and increase in the mid-latitude region as temperatures around the world surge throughout the century.

The Hadley and Walker Circulations are expected to slow down as global temperatures rise.

What are the Hadley and Walker circulations?

Both of these circulation patterns and models are similar. The Hadley circulation is a representation of low-latitude overturning circulations, and the walker circulation is a model of how air flows in regions in the lower atmosphere, like the tropics – otherwise known as the troposphere.

Excessive greenhouse gasses will continue to impact these climate models and potential carbon cycles in the atmosphere, and provoke uncertainty in the future of the carbon cycle. However, the Hadley circulation is expected to expand, which means tropical regions will lose their intensity. In other words, it will be harder to define what constitutes a tropical climate or region as the air circulations will change.

🙅 What would it take to ultimately stabilize the climate?

Carbon dioxide emissions continue to be the main culprit of continued climate change. In order to limit the negative effects of climate change, carbon emissions would have to decrease to the point they were at back between 1861 and 1880 – which was the pre-industrialization era.

However, now that urbanization and industrialization are continuing to increase at an accelerated rate – a return to these levels is highly unlikely.

However, it’s important to note that climate change will continue to vary even if the world is able to collectively stabilize the current alarming temperatures. For example, vegetation change, ice sheets, ocean warming, and rising sea levels will continue to change whether global temperatures are stabilized or not.

Climate change will illustrate either drastic or nonlinear changes to various regions in the world, just as climate change has shown to do in the past. Some popular examples include the Arctic sea ice, the Greenland ice sheet, and the Amazon forest.

It is still pivotal to reduce the effects of climate change, and to do so – companies, individuals, and everyone in the world would have to strive to be more climate positive rather than simply strive to reach net-zero carbon emissions.

In short, it’s necessary for everyone to do everything they can to reduce their carbon footprint rather than offset the carbon footprint they’ve already created. It won’t get us back to pre-industrialization levels of pollution, but it’s a decent start.

While it is easy to see that within our lifetime climate change won’t have a drastic impact on our ultimate futures, it will for future generations. Data and climate models predict climate change to only get worse, and therefore – it is up to us to change course and redirect the way we tackle climate change so that it isn’t an impossible predicament for future life on planet Earth. 🌎