How is the sea level changing, and why will it impact climate change and life on Earth? Here are 5 questions to better understand chapter 13. 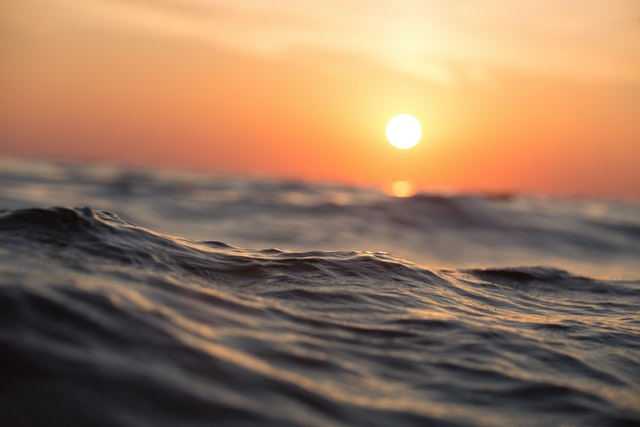 🔙How has sea level changed in the past?

There have been numerous changes in the global mean sea level, regional sea level, and the extremes and waves associated with sea level rise. Before recapping how sea levels are expected to change in the future, how have sea levels changed in the past? ⏰

Over the last three million years, records from paleo sea levels have revealed that the global mean sea level has increased alongside the rapid acceleration of rising global temperatures. In comparison to the last inter-glacial period, there is a substantial difference in sea levels. 😬

These new sea levels insinuate that the melting ice caps from both the Greenland and Antarctic ice sheets are contributing to the increasing sea levels, as more ice is being melted and turned into water that is fed in various bodies of water. 💦

Changes in sea level have also previously been the cause of changes in orbital forces, as surface temperatures have shown to have increased over the years alongside changes in where the Earth was in its orbital cycle. 🌍

In addition, other forms of data have revealed that the sea level data drastically differentiates from the 19th century to the 20th century – which clearly correlates to the increased industrialization that began during this time period. 💨

📋 How to understand sea level change?

Sea levels are expected to continue changing alongside the worsening predicament of climate change. 🌡️

Glacier melting has served as one of the main contributing factors to rising sea levels during the last century. The data from the past fifty years reveals that thermal expansion and glaciers account for more than 75% of rising sea levels. 😲

This increase in sea levels due to the Greenland and Antarctic ice sheets melting has been steadily increasing since the 90s, and the outflow of this water from melted ice sheets has increased alongside the warming of ocean temperatures as well.

Also, the rate of groundwater depletion should not be discounted – as this has also aided in the increasing rates of sea levels due to the rate of reservoir impoundment.

The Greenland ice sheet is projected to continue melting at an increased rate, while also continuing to contribute to rising sea levels. However, it is important to note glacier melting is not the sole cause of sea levels rising – ocean thermal expansion and sheet loss are also major contributors to rising sea levels, all of which would be less likely to happen if global temperatures weren’t rising. 🔥

📌 How are regional sea levels expected to change?

It is expected that in this century and in the years to follow, that changes in sea levels will exhibit a strong pattern dependent on the region the sea levels are being measured in. 🌐

Over the past few decades, the rates at which sea levels change regionally have been determined by the state of climate change. By the end of the current century, it is probable that more than 95% of the world’s oceans and sea levels will rise exponentially, and the regions near ice sheets or former glaciers will see a decrease in sea level. Coastal regions are projected to be the least affected by climate change and these various predicted changes concerning sea levels.

⬆️How is the average sea level expected to rise?

It is expected that sea levels will continue to rise, predominantly due to the continued melting of ice glaciers due to incessantly rising global temperatures. ❄️♨️

As climate change continues to present itself as a global predicament, as it threatens wildlife that relies on cold environments, like the Arctic, for survival – it is evident that increased rate of mean sea levels rising around the globe is due to the increased temperatures that were not as prevalent in previous climate models prior to the industrialization or rapid urbanization periods. 🏘️

This data reveals that if climate change isn’t to improve, or worse – become more grave of a problem than it already is, then various environmental sectors will continue to be negatively impacted, and ultimately – humanity will suffer.

🌊What extreme sea level occurrences are to be expected?

It is probable that there will be a substantial increase in sea level extremes in the future by the next century, with a measurable difference to be evident at the end of the current century.

However, it is important to note that projections specific to regions, such as tropical areas and their storms – will also be impacted by these changes in wind patterns, as shown by climate models. 📊

It isn’t too late for us to play our part and change course for the projected rise in sea levels, as climate change is shown to be one of the most integral reasons for the change in sea levels. Contribute in the fight against climate change today to change the future for the bodies of water around our world. 🌎