Future changes in climate change could be dependent on the global mean temperature as overall global temperatures continue to rise. How will the reconstruction pathway, otherwise known as RCP 4.5 – delineate the future of regional climates? Here are 5 questions to better understand chapter 14. 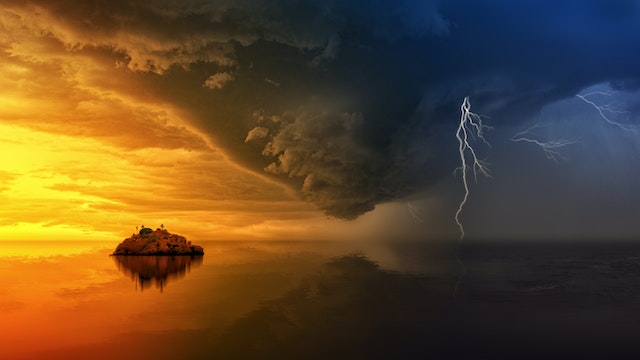 How will monsoon systems be impacted by rising temperatures? 💨

Climate models are providing scientific evidence that the global monsoon is likely to be triggered throughout the rest of the century. Monsoon systems will grow in intensity, but their predictability will weaken – as most monsoon circulation will occur earlier or later than originally expected.

Monsoon seasons will be likely to expect an increase in precipitation, especially in regions such as South America, Africa, East Asia, South Asia, Southeast Asia and Australia. 🗺️

It is probable that the Indian summer monsoon’s cycle will lose intensity, but it will be offset by the increased amount of moisture in the atmosphere – which will ultimately lead to increased precipitation. ☔

It is expected that the increase in the summer monsoon in India will demonstrate the most dramatic rainfall and weather extremes for all of the 21st century. 😲

How will tropical regions be affected by global warming? 🏖️

New climate model simulations predict that it is probable that the annual change in precipitation would result in an increase in sea surface temperature that exceeds the current tropical mean. The average seasonal precipitation could impact parts of Central America, the Caribbean, South America, Africa and West Asia. 🌏

Previous models from El Niño-Southern Oscillation, otherwise known as ENSO – help ensure that ENSO will remain as the predominant factor for precipitation variability. Contrary to system bias in tracking precipitation, most models and scientific findings conclude that the amount of extratropical cyclones, also known as ETCs – aren’t expected to decrease in correlation with rising global temperatures. 🌡️

How will cyclones be affected? 🌪️

Cyclones are also expected to be affected due to rising global mean temperatures. Due to the scientific understanding of the current projections for the current century, it is probable that the worldwide frequency of cyclones will either experience a dramatic decrease or remain exactly as is. This prediction is in conjunction with an expected increase in both overall tropical cyclones, wind speeds, and global precipitation.

The future of climate change’s impact on tropical cyclones is expected to vary depending on the region, and the changes are yet to be numerically depicted by climate models. 📊

The good news is that intensity or frequency of these tropical cyclones are not currently expected in correlation with rising global mean temperatures, but some regions are insinuated through climate models in combination with better scientific understanding that precipitation patterns are likely to become more extreme near the center of tropical cyclones. Examples include North and Central American, East, West, and South Africa, Southeast Asia, and Australia – including several of the Pacific Islands. 🏖️

If climate model resolution is improved, then there is a chance that there could be more intense storms in addition to these tropical cyclones, and that the intensity of these storms are more likely to increase than remain stable. ⛈️

Climate models are more often than not able to generate glimpses into future annular and dipolar data. These climate models predict that future winters in the Atlantic region are likely to vary in temperature and weather patterns more so than usual. There could also be some cause of concern for future winter conditions in the Arctic and Eurasia regions. ❄️

Summer and autumn weather patterns that are currently going strong in southern regions are expected to weaken as global temperatures rise. There are likely to be implications for South America, Africa, New Zealand, and Antarctica.

How will the Atlantic and Pacific patterns be affected by rising temperatures? 🌊

Atlantic and Pacific patterns could also be impacted by overall rising temperatures. Multiple scientific sources of evidence, such as paleo reconstructions and climate model simulations, illustrate that the AMO – otherwise known as Atlantic Multidecadal Oscillation pattern isn’t likely to alter its behavior due to rising global temperatures in the near future. On the other hand, it is important to note that fluctuations in the Atlantic Multidecadal Oscillation aren’t unlikely, and in fact – these fluctuations are expected to occur over the next few decades.  These fluctuations in the AMO could influence weather patterns regionally just as much as human activity will – like provoking numerous hurricanes in the Atlantic region, a wet season in West Africa, and even impact the summer temperatures in both North America and Europe. 🌎

The Pacific has a medium probability of impact weather patterns, similar to the Atlantic. The most notable problem that a change in the Pacific could cause is a change in precipitation in the South American region, most likely the southeastern part of South America. ☔

The rising global mean temperature is expected to rise as climate change continues to prove itself as a global predicament, and as a result of increasing global temperatures – climate will continue to manifest in odd, often more detrimental scenarios than before. Monsoon systems, tropical regions, cyclone, Atlantic and Pacific patterns, and overall climate variability will be affected by an increase in global mean temperature. 🌡️