IPCC report 2022: everything you need to know

On February 28, 2022, the second part of the IPCC report was released. And its conclusions on global warming are alarming. Explanations. 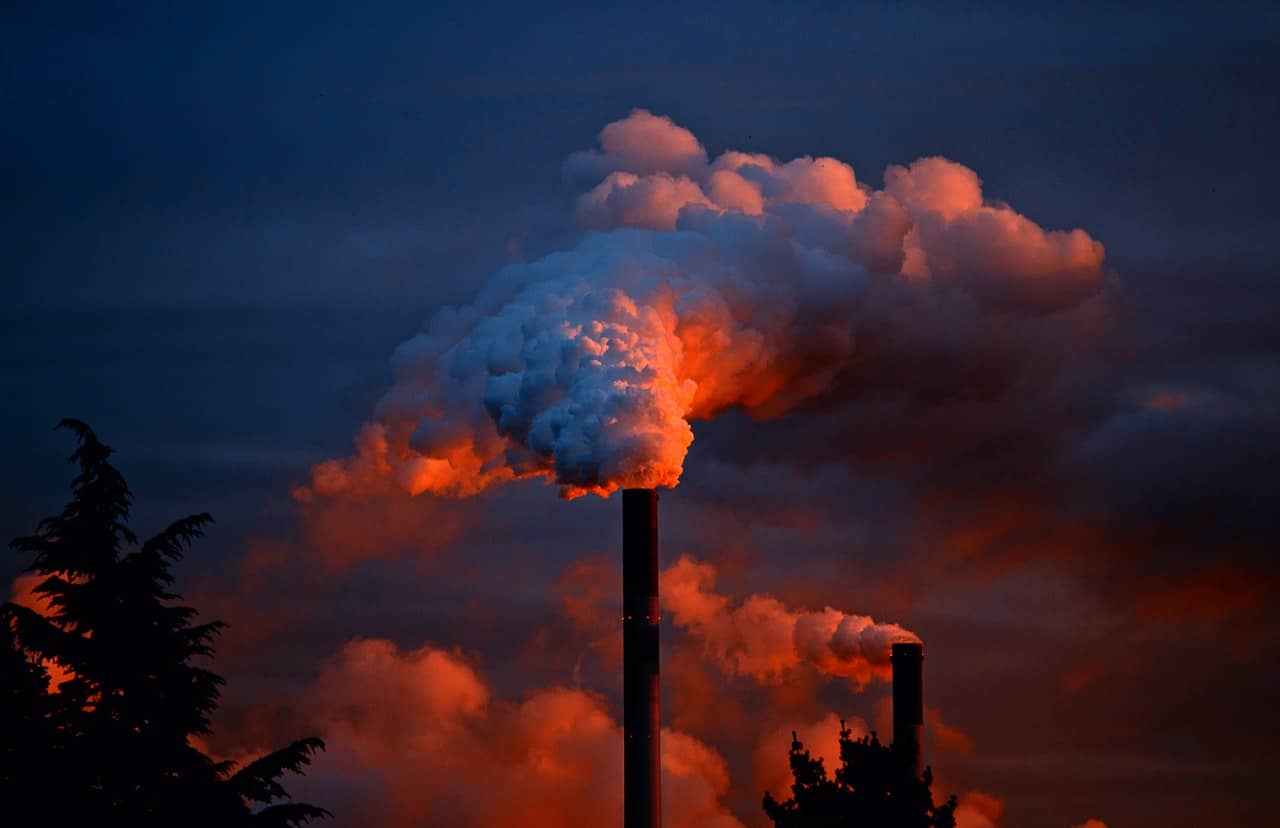 The core message of the IPCC report in 2022 (WGII) is that we have a very narrow window of time to avoid further devastating, irreversible damage and growing inequality from climate change.

This report is part of the sixth assessment report cycle (AR6), which is the largest report ever to be published by the IPCC. The report contains more than 34,000 citations, and it has been written by 270 authors across 67 countries.

The Intergovernmental Panel on Climate Change (IPCC) is a body of member governments from 195 countries around the world. The IPCC was established in 1988 by the World Meteorological Organization (WMO) and the United Nations Environment Programme (UNEP).

The IPCC does not conduct its own research. It compiles and synthesizes the most authoritative research from thousands of contributors into reports on climate change that provide actionable insights.

In the past, IPCC Assessment Reports have contributed to many of the landmark UN agreements on climate change including the Kyoto Protocol (1997) and the Paris Agreement (2015).

Context of IPCC report and challenges 🎯

In recent years, we’ve seen more reports released by the IPCC since its release of the 2018 Special Report on Global Warming of 1.5°C (SR15). This report revised the target established in the Paris Agreement, because scientists realized previous reports underestimated the impact of global warming.

In many ways, the SR15 report brought the IPCC’s work into the spotlight. Its pathway for 1.5°C linked the concept of “net zero” with the year “2050,” inspiring net zero targets over the past few years.

Now, the IPCC chose to publish the Sixth Assessment cycle report (AR6) incrementally, something that’s never been done before. Each working group report gets its own launch date:

August 2021 - Working Group I, The Physical Science Basis covers the observable scientific evidence for changes related to increases of greenhouse gasses in the atmosphere.

February 2022 - Working Group II, Impacts, Adaptation, and Vulnerability addresses how climate change affects our natural and social systems. It provides research on the means to cope with the inevitable changes over time. It also identifies the most vulnerable regions, groups of people, and systems to face impacts from climate change.

April 2022 (forthcoming) - Working Group III, Mitigation of Climate Change addresses how climate change can be avoided and prevented. In other words, it shares the specific climate solutions available.

September 2022 (forthcoming) - The Synthesis Report will pull all of the elements together into actionable insights.

📝 How does IPCC organize processes and research ?

Given that the IPCC is composed of member governments, rather than scientists, it has a unique process of compiling scientific research. The members and observer organizations nominate and elect a Bureau of scientists who choose experts to prepare the IPCC reports.

These are volunteer experts who serve as IPCC’s authors. In doing so, they evaluate thousands of research papers to compile the content of the IPCC’s published reports. Each report contains the three working group sections mentioned above.

In choosing its authors, the IPCC avoids bias by including different scientific views and including research from a wide variety of scientific, technical, and socio-economic backgrounds. It also considers geographic and gender representation in the research it includes.

The different author roles include the following:

Coordinating Lead Authors (CLAs) direct the chapters. Each chapter has two CLAs: one from a developing country and another from a developed country.

Contributing Authors (CAs) are researchers who provide research, graphs, data, or other contributions for the chapters. Their contributions may be solicited or unsolicited by Lead Authors. They may also contribute comments on the drafts during review periods.

Review Editors (REs) help to select expert reviewers, and consider all comments submitted during the review period. They advise Lead Authors on potential issues in the text.

📒 Quick reminders of the 2021 IPCC report

The timing of the AR6 WGI report was critically published just in advance of COP26, when global leaders met to agree on ways to collectively respond to climate change.

While many argue that the outcomes of COP26 didn’t produce strong enough ambition, the 2021 IPCC report settled long-standing debates on climate, and defined the climate risks in more detail than ever.

The IPCC 2021 report (AR6 WGI) on the Physical Science of climate change gave us a major wake up call. Here’s why:

Since the IPCC 2021 report is on the physical science of climate change, it doesn’t add to our knowledge about “what” to do. It does, however, emphasize “how” existing solutions should accelerate to match the rate of change.

We know that global warming is caused by increasing the proportion of GHGs in the atmosphere, measured in parts per million (ppm). We also know that the largest source of human-caused GHGs is from burning fossil fuels like oil, coal, and natural gas.

Therefore, rapidly shifting our systems and technologies to use renewable energy sources is the number one priority. Policy, business, and civil society all need to mobilize immediately to uphold our commitment to a 1.5°C scenario.

Unlike the previous WGI report, which focused directly on climate science, The IPCC 2022 WGII Report covers impacts, adaptation, and vulnerability. This report helps us protect ourselves from the impacts.

It highlights the intersections between climate change and other globally impacting issues like poverty, migration, ecosystem decline, and food and water risks.

The massive 3,000+ page report contains a total of 18 chapters, some of which cover continental regions or ecological regions like “biodiversity hotspots.”

IPCC scientists have confirmed that we have already locked in certain irreversible impacts. This report compares how the world is already preparing for these changes versus how it should be preparing for them. It concludes that we’re not doing enough to protect ourselves from the vast changes underway.

Climate change puts roughly half the world’s population at risk:

With every fraction of an increase in temperature drought and flood risks increase. This makes food production and access more difficult.

For instance, from 1983 to 2009, drought caused yield losses to three-quarters of harvested areas worldwide leading to US$166bn in economic losses.

Moreover, the report states “the poorest groups in society often lose out” in accessing any climate aid to cope with issues.

Adaptation efforts are emerging which create “multiple benefits.” However, authors of the report note that these efforts are “fragmented, small in scale, [and] incremental.”

Here are some examples of adaptation efforts underway:

The report concludes that even though mitigation and adaptation efforts must go hand in hand, adaptation goals are harder to quantify than mitigation goals linked to GHG emissions reductions.

… but those systems are not sufficient 👎

Climate finance overall rarely reaches the areas that need it most. Least Developed Countries (LDCs) have received 14% of global climate finance, while small-island developing states (SIDs) have only received 2%. Debt in these regions is also increasing after the Covid-19 pandemic.

Countries are starting to pay attention, but just a third of countries have systems in place to monitor adaptation, while even fewer report on implementation. Only 2.3% of the published reports show that adaptation projects are actually leading to risk reductions.

This is why mitigation and adaptation goals must be addressed together.

What are the new solutions proposed by IPCC? 👊

Climate resilient development combines adaptation, mitigation, and the UN SDGs. According to the report this “helps to exploit synergies, reduce trade-offs and makes all three more effective.”

The report outlines the necessary criteria for successful adaptation efforts: effectiveness, feasibility, and justice. Notably, this is the first report from the IPCC to highlight the importance of climate justice.

On the ground, African farmers are exploring innovative adaptation strategies. To help cash-poor farmers, Ethiopia also created an insurance-for-work program that gave farmers insurance in exchange for their participation in risk reduction projects.

🔥 What can we do about the last IPCC results ?

The IPCC results show major planetary changes underway. Here are some things you can do about it.

Find out how well your local area’s climate action supports climate resilience. If you already support things like renewable energy, organic food, veganism, and water conservation, go further by making sure low-income people have access to these options, too.

Even though some adaptation efforts are going to be inevitable, we can still prevent further challenges by reducing emissions.

Apart from reducing emissions from direct operations, companies should reduce emissions across their supply chains, and ensure access to renewable energy sources and climate resilience benefits.

The next IPCC AR6 report on mitigation is scheduled to be published in April 2022. It will give clearer insights into the ways we can effectively reach the safe global warming limit of 1.5°C.

Greenly is here to help you reduce your emissions with practical, actionable steps. Get started today.