IPCC’s third report: all you need to know

The third part of the IPCC report has been published. The last two looked at the causes and impacts of climate change. This one focuses on putting an end to it. 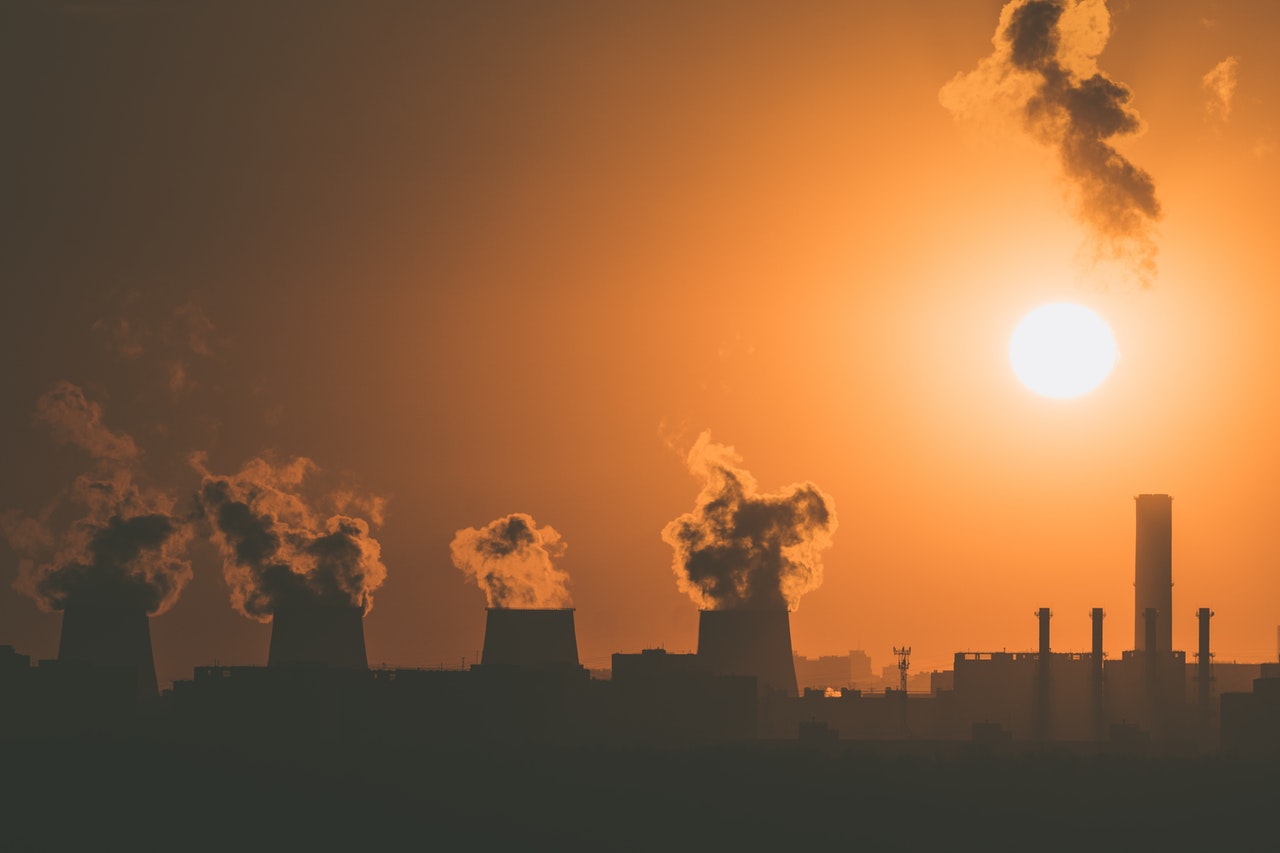 Is this report going to become historical? No doubt, considering that the situation has never been more serious. On Monday, 4th April, the Intergovernmental Panel on Climate Change (IPCC) delivered the third - and final - part of its sixth assessment report during a press conference. Its conclusions are unequivocal. The question arises: how can human beings tackle global warming and stop all the damages caused to both people and nature? Scientists have worked hard to answer this thorny question. The situation requires: as it stands, the conclusions of the first two IPCC reports (published in August 2021 and February 2022), which made an alarming statement about the threat to the future of humanity. Nothing less. Global warming is not only accelerating, but is increasingly devastating our ecosystems, with irreversible effects on both the environment and people. Does this mean that the situation is hopeless? Of course not. Our societies have all the cards in hand to stop this disastrous scenario. That is the whole purpose of this third report: to detail the solutions that could enable us to preserve the Earth. How? By reducing our greenhouse gas emissions. Find out more below.

💥 IPCC’s third report : what is the context?

Reminder : what is the IPCC? ❓

The Intergovernmental Panel on Climate Change (mainly known as “IPCC”) was established in 1988, to produce detailed assessments of the state of scientific, technical and socio-economic knowledge on climate change. These reports also include causes, potential impacts and mitigation strategies.

To be clear, the Intergovernmental Panel on Climate Change's new report does not conduct new research. It summarizes the state of knowledge, based on the elements of the most recent scientific publications.

Then, these assessments are provided to governments for policy development and guidance.

The IPCC is composed of three working groups:

Intergovernmental Panel on Climate Change's first and second report: what were the conclusions? 📑

On August 9, 2021, the IPCC’s first report concluded that the climate was changing all around the world, and faster than expected. It was written by 234 scientists from 66 countries, based on more than 14,000 scientific studies

The main conclusion was the following one : even by limiting global warming, natural disasters are expected to multiply.

According to the report, global temperature is expected to rise by 1.5°C by 2030 - ten years earlier than the previous IPCC forecast. The reason? Many countries and states don’t respect their commitments to reduce their greenhouse gas emissions.

In its report, the IPCC demonstrates that people activity is "unequivocally" responsible for global warming, which causes "rapid changes in the atmosphere, oceans, cryosphere and biosphere". Since 2011, the concentration of carbon dioxide (CO2) in the atmosphere has averaged 410 parts per million (ppm). A level that had never been reached in two million years!

As a reminder, CO2 is the main component of greenhouse gasses that are responsible for global warming. CO2 emissions are largely due to fossil fuels.

Important : the IPCC is studying five scenarios, and the most pessimistic one predicts warming between 3.3 and 5.7°C. 😱 The Paris Agreement (2015) was aiming to limit global temperature rise under 2°C.

On February 28, 2022, the IPCC’s second report focused on the effects, the vulnerabilities and the mitigation of climate change.

It was written by 270 scientists from 67 countries, and validated by the 195 IPCC member countries.

Important: these effects are now irremediable, even if the temperature rise is limited to 1.5°C. 😢

The report’s authors denounce the inadequacy of the means implemented regarding the rapidity of climate change and the "lack of political will" - taking as an example, the incapacity to meet the COP 26 commitments and double budgets to fight against global warming.

The objective of the IPCC’s third report 🎯

Given these observations, they offer some solutions. Published and presented during a press conference on April 4, 2022, the 17 chapters of the IPCC’s third report now aim at reviewing the possible scenarios to tackle global warming. The aim is to propose concrete solutions that can be implemented to halt the rise of global temperature or to cope with changes (or disasters) that can no longer be avoided.

The approval of the report was initially due to end on Friday, April 1. But the delegates weren’t able to  agree on a text before Sunday, 3 April, late in the evening.

As all IPCC reports, the “Summary for Policymakers” - a condensed version of the scientific report -  was negotiated over two weeks by the representatives of the 195 IPCC member countries, in collaboration with the authors.

🔑 5 key facts to remember from the IPCC’s third report

On Monday, April 4th, the Intergovernmental Panel on Climate Change (IPCC) released the third and final part of its sixth report on climate change. This time, scientists assessed how to reduce greenhouse gas emissions – “mitigation”, in IPCC’s jargon. In their own words, it is ‘now or never’ to tackle climate disaster.

The IPCC experts first underline that "the overall cost of limiting warming to +2°C in the 21st century is less than the global economic benefit of reducing global warming".

To be clear, the necessary investments to tackle global warming would cost less than the economic damage caused by the climate crisis. Reducing our greenhouse gas emissions is a worthwhile investment.

Moreover, the IPCC’s report highlights the fact that low-carbon technologies’ costs have already decreased for more than 10 years. The cost of solar energy fell by 85 % between 2010 and 2019. As well as lithium-ion batteries (-85 % too) and wind energy (around -55 %).

The solutions for decreasing emissions, sector by sector 🔍

Energy production (about 34 % of global emissions)

Yes, we are talking about a "major transition", which implies the development of low-emitting energy sources (wind, solar, hydro or nuclear energy).

Industry (about 24 % of global emissions)

To IPCC experts, achieving net-zero emissions in this sector is a 'challenge'. But it is possible.

The main idea is to coordinate actions 'along the value chain' to make an efficient use of materials, to reuse and recycle them, and finally to succeed in reducing waste.

Agriculture, forestry and land use (about 22 % of global emissions)

One really interesting sector, as it can contribute to the capture of CO2 emitted by others.

This point requires preservation, good management and the restoration of forests and other ecosystems. Examples include coastal marshes, peatlands, savannahs and grasslands. It also deals with the sustainable management of crops and livestock.

Consumers are concerned: indeed, the transition to plant-rich diets with less meat can be a solution to reduce the greenhouse gas emissions of this sector.

Transport (about 15 % of global emissions)

In this sector, there are many options: the reduction of transport demand (thanks to telework, for example), the switch to less polluting transport means (like public transport, cycling, walking), the electrification of vehicles (less polluting than thermal ones over their life cycle) and biofuels (even if there are some risks of conflict with food’s land use).

Buildings (about 6 % of global emissions)

This sector can reduce or change energy and material consumption. The building industry can also work towards electrification, and increase the city’s capacity to capture and store carbon (thanks to the creation of new green spaces, for example).

The goal of carbon neutrality 💨

To limit global warming to 1.5°C - compared with the pre-industrial era - the world must achieve carbon neutrality by 2050. With this in mind, reducing our greenhouse gas emissions is not sufficient. We also have to offset our carbon emissions.

To do so, the IPCC’s report proposes the development of natural carbon sinks, through reforestation and land-use change, as well as artificial CO2 capture and storage solutions.

The IPCC experts underline that people with high socio-economic status contribute more to greenhouse gas emissions. But they also have a greater potential for the reduction of these carbon dioxide emissions.

Concretely, the IPCC’s report explains that financial support from developed countries to developing countries could be a facilitator for strengthening mitigation measures and addressing inequalities.

The financial fundings are too low 📉

This transition cannot be successful without significant financial funding. The IPCC’s report underlines the fact that "private and public financial flows to fossil fuels are still more important than those for climate change adaptation and mitigation".

According to their calculations, the annual funding for the decade 2020 should be 'three to six times higher than current levels' - if we want to meet the Paris Agreement targets.

🔥 Guys, this is an emergency

Let’s not lie: the time we have left to avoid the worst effects of the climate crisis is now extremely short. However, it is not too late, and that’s the most important thing to remember by now.

Having a chance to limit warming to 1.5°C or 2°C requires that global greenhouse gas emissions reach their maximum by 2025, before being reduced by 43 % in 2030 - compared to 2019 in the first case, and by 27 % in the second case. There is a huge amount of work to be done, that is true. But we can still succeed. The key point is: it is not too late. No yet.

🌱 Start your journey toward sustainability with Greenly

You want to join the fight against global warming and climate change ? You want to contribute to global efforts in reducing our greenhouse gas emissions ? You want to make your business model sustainable ?

One answer: ask for your carbon footprint assessment. Our experts are waiting for your call !