What are the main pollution emissions? 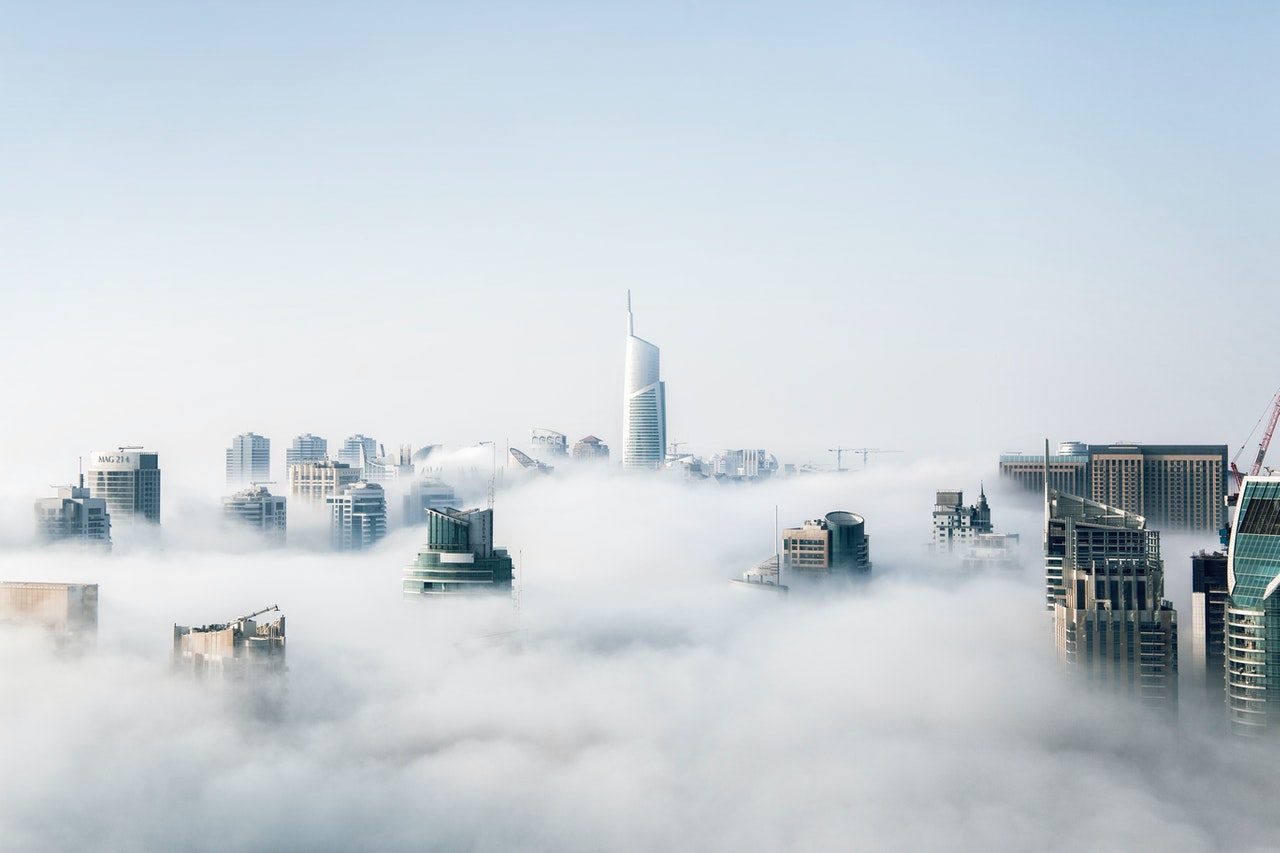 Air pollution emissions are a serious threat to global health and safe ecosystems. Polluting emissions come from processes used in industrial manufacturing as well as transportation, heating, and cooling. Discover which pollutants are subject to standards from the EPA and their health impacts.

❓ Pollution emissions: what is this?

Emissions are the tiny particles or gases that are released into the air from different sources. Common human sources of emissions include exhaust from transportation, industrial processes, and other technologies.

Not all emissions are polluting emissions. For instance, plants emit oxygen into the air as a part of photosynthesis. Emissions of gases or particles that have a negative impact on health and the environment are considered pollutants.

Air pollution can come from both natural and human-caused sources. For instance, many air pollutants can occur from natural sources such as permafrost melting, volcanic ash, mold, pollen, or livestock. However, it's important to understand how our human-caused emissions contribute to health and environmental impacts.

What are the principal air pollutants? 💨

Criteria pollutants are common air pollutants with known negative health and environmental impacts. They have a special classification because the EPA is required to set standards for them.

Carbon monoxide (CO): This polluting gas appears whenever something is burned. However, the gas is hard to detect, because it is both colorless and odorless.

CO poisoning is a risk for people who inhale too much of this gas in an enclosed space. This is a life-threatening condition which limits the amount of oxygen flowing to the heart and brain. Symptoms include dizziness, confusion, or fainting.

While the risk of CO poisoning is much lower outdoors, the presence of CO in the environment can still negatively impact people’s health.

Lead (Pb): Lead is an extremely dangerous mineral whether it appears as air pollution or contamination of water or soil. It inhibits most of the body’s major systems: the nervous system, kidney function, immune system, reproductive and developmental systems and the cardiovascular system, especially in children. .

While most industrial processes now have strict standards for lead emissions, it was very common prior to awareness of its health risks. We used lead in pencils, paint, water pipes, gasoline, leaded aviation fuels, batteries, and mining processes.

Some leaded materials are still in use, and they continue to pose health risks today.

Other environmental impacts from NO2 and other nitrous oxides include acid rain and nutrient pollution in coastal waters from agricultural fertilizer run-off.

Ozone: This gas is composed of three oxygen particles. It only poses a risk when it is found in the lower layers of the atmosphere, close to earth. In this case, it is the main ingredient of smog and it causes asthma.

However, we rely on the ozone found in the upper stratosphere to protect us from the ultraviolet rays of the sun. Until they were regulated, aerosols such as CFCs posed a risk, because they depleted the ozone layer.

This “good” ozone needs to be protected, while the “bad” ground-level ozone known as smog is a form of pollution. Ground-level ozone–smog–is created by interactions between sunlight, nitrous oxides, and volatile organic compounds.

Particulate Matter (PM): PM is a mixture of chemicals, soil, moisture, and other particles too small to see without magnification. PM can contain hundreds of chemicals with unpredictable interactions.

Airborne particulate matter of 2.5 or less micrometers (PM2.5) in diameter enters our lungs. Slightly larger particles of 10 micrometers or less (PM10) are also tracked and monitored. PM contributes to chronic illnesses like asthma and causes premature deaths for people with lung and heart disease.

Sulfur oxides: The most common form of sulfur air pollution is sulfur dioxide. Like NO2, it comes from burning fossil fuels and leads to respiratory illnesses.

What are the principal sources of criteria pollutants? 💥

Most of the listed criteria air pollutants derive from burning fossil fuels for energy use, transportation, and industrial production.

The management of air pollution is handled differently depending on the type of its source. If it comes from a point source, such as a factory or energy plant, the property owners may be subject to standards for their production processes and technologies.

Mobile sources include the cars, trucks, airplanes, and shipping vessels we use to transport people and goods. For these sources of air pollution, standards for the type of fuel they use or their internal combustion engines may apply.

❗ Why is it important to manage pollution emissions?

Many of the same fossil fuel sources which produce air pollution emissions also produce GHG emissions. As atmospheric temperatures rise, the negative impacts of smog and allergens like mold and pollen intensify.

By reducing our dependence on fossil fuels and adopting more sustainable alternatives, we can escape this negative feedback loop.

The World Health Organization (WHO) estimates that 7 million premature deaths occur each year around the world from ambient (outdoor) air pollution. However, a recent Harvard study finds the number linked to fossil fuel air pollution to be much higher, totaling 8 million deaths in 2018.

Air pollution leads to numerous life-threatening diseases like lung and heart disease. However, it also deteriorates health with chronic illness such as asthma, behavioral disorders, and neurological conditions.

Even if the air appears clear, it may contain invisible pollutants impacting your health. Individuals should check the air pollution levels in their area to avoid outdoor activities when the air quality is low. For at-risk individuals with cardiovascular or respiratory illnesses, it is best to avoid outdoor exercise near traffic.

GHG emissions have increased significantly over the past 200 years. While carbon dioxide is the most common form of GHG emissions, it is not the only one.

Carbon dioxide (CO2) - CO2 is emitted from burning fossil fuels like coal, natural gas, and oil. However, land use change or disruptions like wildfires can also release CO2 stored in the biomass and soils of forested areas.

The Keeling Curve graph depicts the unprecedented concentration of carbon dioxide (CO2) that has been emitted into the atmosphere. In 1950 the level was just over 300 parts per million, which hadn’t occurred in millennia. By 2013, the level passed 400 parts per million: the first time in recorded history.

Even more troubling is that this trend is accelerating rather than slowing down. Prior to 2000, the levels of CO2 in the atmosphere would rise by roughly 1.5 ppm each year, but since 2010, it has increased by an average of 2.5 ppm each year.

Methane (CH4) - Methane is released during the extraction and transport of coal, natural, gas, and oil. Methane poses a serious climate change risk, because it has a heating property 80 times higher than the CO2 equivalent.

Methane is also released from processes that occur naturally such as the decomposition of food waste in landfills, livestock, and melting permafrost.

At COP26, 105 member states in attendance agreed to cut down on methane pollution by 30% by 2030 in a Global Methane Pledge.

Fluorinated gases: This class of synthetic gases includes hydrofluorocarbons (HFCs). They have a heating potential 1,000 to 3,000 times higher than the equivalent CO2 amount.

In the past, they were used to substitute ozone-depleting substances and HFCs are commonly used as a refrigerant in air conditioning units. However, the EPA has proposed to phase down HFCs by 85% in the next 15 years.

Nitrous Oxide (N2O): Nitrous oxide is both a GHG and a criteria pollutant. It is emitted from a variety of sources including agricultural processes, land use, industrial activities, burning fossil fuels and solid waste, and treating wastewater.

One of the lesser known impacts of climate change is the rise in levels of pollen and mold, which both pose health risks. While it is difficult to directly attribute the cause of a rise in mold, scientists have shown that our atmosphere is becoming hotter and more humid.

As for pollen, studies show that pollen-producing plants increase in size as the level of climate dioxide increases. The growing season for these plants has also extended due to climate change.

Because of their adverse health impacts, both pollen and mold are considered air pollutants. These impacts include allergic reactions, asthma attacks, and triggering toxic reactions.

📏 How are pollution emissions currently measured and managed?

Managing air pollution is important not only for compliance with regulations, but also through voluntary measures. Here is how the EPA approaches air pollution management.

In the first approach, a monitoring authority compares samples of polluted ambient air with clean air standards and historical levels of pollution. In the second, they collect data on pollution from site-specific emissions sources.

“Emissions inventories” list the annual amount of air pollution emitted by source in a given region. These data points are used to estimate air quality. This information is publicly available from the US National Emissions Inventory.

The US first established a national regulation on clean air standards in 1970 under the Clean Air Act (CAA). This gave the EPA the authority to track and monitor ambient air pollution from both stationary and mobile sources. It also authorized the EPA to set standards for safe levels of air pollution.

Nevertheless, the US still has 350,000 premature deaths each year from fossil fuel pollution. Currently, 4 in 10 US residents live in counties with unhealthy levels of air pollution according to the American Lung Association.

👍 5 tips to reduce pollution emissions as a company

Regulations aren’t the only way to address the problem of air pollution. The private sector has a huge role to play.

Air quality greatly matters to the communities where businesses operate. By including air quality in your ESG activities, a business can support the health of its community.

Roughly a fifth of global emissions stem directly from industrial processes and another fifth derives from transportation. Tracking and monitoring your emissions across your supply chain and manufacturing is a great way to understand where to minimize your operational emissions.

A carbon footprint assessment is the first step to reducing emissions which can help your business establish a Net Zero emissions target.

Organizations can use their reputation and networks to raise awareness about the seriousness of air pollution in our communities and lobby governments for stronger regulations.

Carbon emissions reduction can present a daunting challenge to businesses of all sizes. Greenly supports companies seeking to reduce their carbon footprints, which in turn reduces air pollution emissions.

Greenly simplifies the carbon assessment process by auditing a company’s operations to identify the activities producing the most carbon emissions. Sometimes these emissions come from unexpected sources. Greenly also presents strategies to reduce these emissions and measure the positive progress.