What is Renewable Energy and Why is it Beneficial? 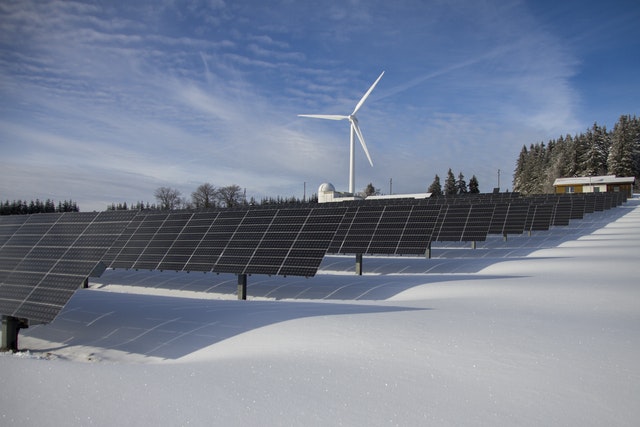 In a world that is constantly seeking new ways to become more sustainable as an effort to mitigate climate change, a term that is often thrown around is renewable energy.

⚡ What is renewable energy?

Therefore, renewable energy helps to mitigate excess carbon and greenhouse gas emissions, and has the potential to dramatically reduce rising global temperatures and ultimately, the negative effects of climate change. 🙌🏻

🤔 How does renewable energy work?

Renewable energy works by deriving energy from abundant sources of nature, like the sun, wind, and ocean. Renewable energy sources are delineated as “renewable” since they do not run out the way that fossil fuels, oils, and gasses do. Renewable energy is then used to power electricity, space heating, cooling systems, and even transportation.

📖 What are some common sources of renewable energy?

Solar energy is the most plentiful and common renewable energy resource, as the sun is always there – and the sun’s energy can even be extracted when it’s cloudy outside. ☁️

In fact, the sun provides the Earth with energy at a rate ten thousand times the rate of human energy consumption. 😲

While solar energy isn’t equally abundant in every region of the world, it’s still possible for each country to at least use a mix of solar energy and traditional, non-renewable energy resources.

Plus, solar panels aren’t as expensive as they used to be, anymore! Once installed, solar panels can last for up to thirty years. Therefore, solar energy isn’t only more adorable in the long run – but better for the environment, too. 🌍

Wind energy is another renewable energy resource that utilisez the kinetic energy of air through the use of wind turbines methodically placed where wind is most prevalent and easily captured.

While wind energy has been used for years, it’s only recently that technologies have evolved to accommodate the electrical power necessary for newer equipment.

Wind energy might hold even more potential than solar energy does, as wind is abundant in nearly every region of the globe. 🗺️

Geothermal energy makes use of the thermal energy from the Earth’s core. The heat used for this type of renewable energy is extracted from reservoirs.

Geothermal energy has been sourced through reservoirs for over one hundred years!

Another renewable energy source is Hydropower.

Hydropower seeks to use the energy from water in movement depending on its elevation, and like geothermal energy – can also be found in reservoirs. 💦

Ocean energy is retrieved from technologies that determine the thermal energy of seawater, waves, and currents – and this energy can be used to create electricity or heat. 🔥

Ocean energy is sometimes referred to as Marine energy.

Since ocean water is so accessible and abundant, it could mean ocean energy could take off in the future and become a beloved renewable energy source.

A final example of renewable energy is bio energy.

Bio energy is made from various organic substances, otherwise known as biomass – like wood and charcoal which are often used for heat and power production, or agricultural crops that are used in conjunction with liquid bio fuels.

Despite the innovative nature of biomass and bio energy, it’s important to note that in order to extract energy from biomass, the biomass has to be burned – and burning that biomass emits greenhouse gasses into the atmosphere, which aren’t good for the environment.

👎 What are the negative effects of using non-renewable energy sources?

However, there are some disadvantages to using renewable energy.

For instance, if it’s raining – then your solar panels can’t generate enough electricity as they would be able to on a sunny day.

Many companies and individuals are weary to initially invest or install technologies to source renewable energy because the initial cost is high. Also, a lot of space is compulsory in order to properly establish a renewable energy site. Since there isn’t as much land readily available due to agricultural reasons and incessant deforestation, finding the space to implement the technology necessary to retrieve renewable energy from sources of nature is difficult. 😔

Lastly, technologies that source renewable energy could produce unintended consequences – like pollution, which deters the original reason to use renewable energy in the first place. Therefore, it’s imperative that we think of new ways to reuse or recycle the devices used to harvest renewable energy, like solar panels, so that the initial benefits of using renewable energy don’t get overshadowed by this potential environmental flaw.

🔨 Is it difficult to source renewable energy?

Is renewable energy more expensive or time consuming to find?

It’s not that renewable energy is a consecutive, high cost for companies to seek and maintain – it’s more so a factor of convenience.

Renewable energy isn’t always readily available the way that fossil fuels, oils, and gasses are, and therefore – many companies tend to seek the immediate remedy for their industrialization instead of taking the extra steps necessary to implement renewable energy into their business model. 📝

‍One of the biggest, if not the most appealing, benefits of using renewable energy is the fact that it can help reduce the amount of greenhouse gas emissions in the atmosphere and ultimately, help to reduce climate change. 🙌🏻

Renewable energy isn’t the only way out of the climate change crisis, but it’s certainly a good measure that companies can take to reduce their carbon footprint and mitigate further climate change. 🌍

👀 How can you and your company get started in sourcing renewable energy?

If reading this article about renewable energy resources has made you interested in reducing your carbon emissions to further fight against climate change – Greenly can help you!