What is the Climate Corporate Accountability Act (Senate Bill 260)?

California’s Climate Corporate Accountability Act, Senate Bill 260, passed the state senate. Here’s what it could mean for large companies if passed into law. 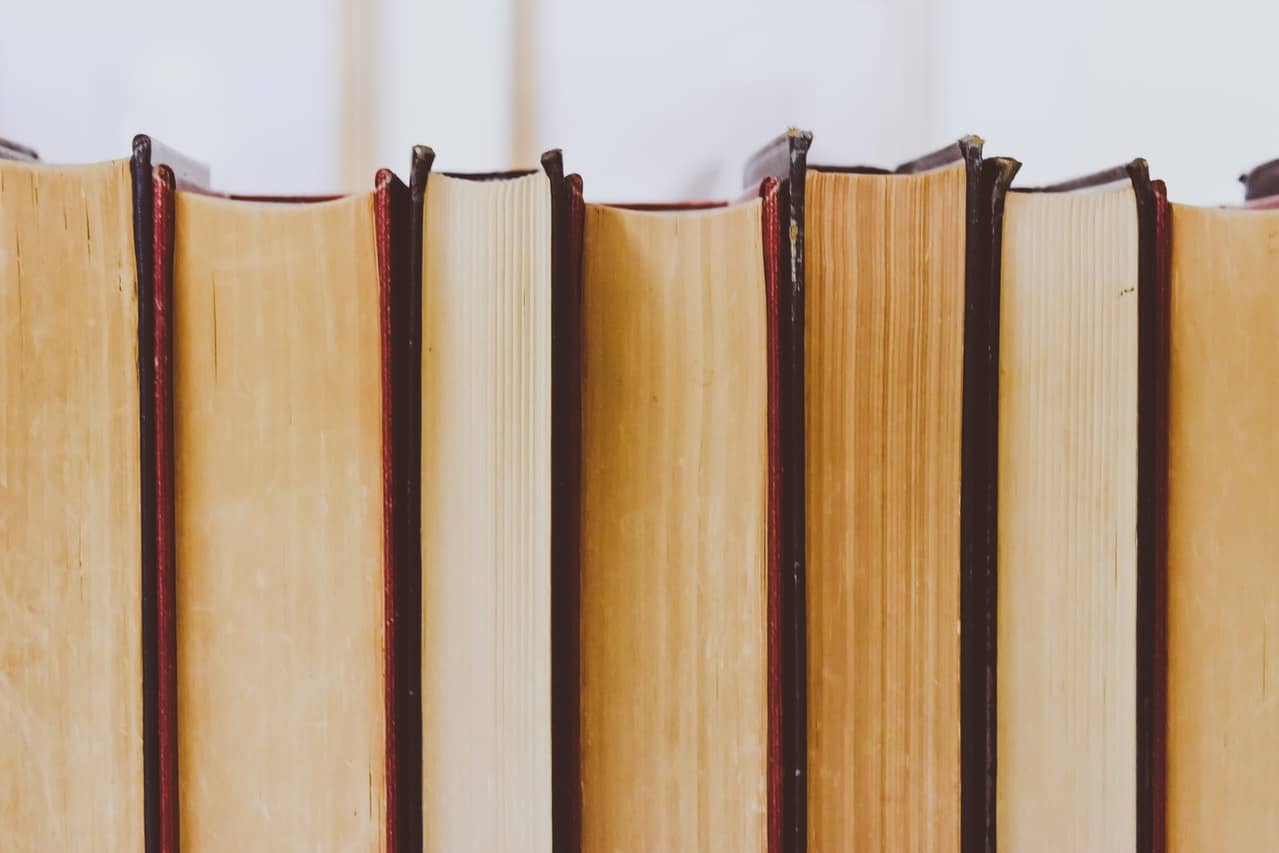 California’s Climate Corporate Accountability Act (CCAA - Senate Bill 260) is a landmark bill for carbon accounting that aims at exposing the contribution of corporations to climate change. Through greater transparency, the bill aims to spark stronger efforts by companies to mitigate climate change.

If passed, the CCAA would improve the amount of data available for corporate contributions to climate change across the world. The reason is it applies to any large private and public companies operating in California to report their greenhouse gas (GHG) emissions across their entire global value chains.

This comprehensive approach to carbon accounting is aimed at improving the public’s awareness of corporations’ contributions to climate change. It impacts a large number of businesses, as it applies to all businesses operating in California as well as their suppliers.

California’s economic impact around the globe is significant. If California were a country, it would rank the fifth largest economy in the world. Some of the world’s largest companies in technology, entertainment, and energy operate in California.

Besides its size, California has also remained more progressive than the rest of the United States in terms of its environmental actions. Like Europe, it has a compliance carbon market for emissions cap and trade, and it is a leader in renewable energy generation in the United States.

Recently, California is also the site of some of the worst climate change impacts in the United States due to its long-lasting drought and major wildfires.

The pending bill is not the only of its kind awaiting response. A related rule proposed by the US Securities and Exchange Commission (SEC) would require publicly listed companies to report similar information on GHG emissions as well as additional climate-related risks and business strategies.

California legislators are likely to move ahead in spite of any other rulings, as they have a more broad reaching goal in mind with the new bill. Read on to learn more.

📖 What is the Climate Corporate Accountability Act (Senate Bill 260)?

Most of the largest corporations in the United States have operations in California, including Amazon, Facebook, Google, Apple, Walmart, Exxon, and FedEx. These major corporations and others would all be impacted by the bill.

The bill marks a shift from voluntary reporting to mandatory reporting, and it would extend the scope of their reported CO2 emissions to include Scope 3, value chain emissions.

Firms seeking to report would need to verify their GHG emissions inventory with a third-party California Air Resources (CARB) approved auditor. CARB will be responsible for assessing the data and producing a report the Secretary of State will make available to the public online.

Senator Scott Wiener (D, San Francisco) introduced the bill. He highlights the significance of the bill as follows: “Corporate emissions are a huge contributor to climate change, but frankly, we don’t yet know the scope of the problem.”

🔮 Where does it come from?

California’s Climate Corporate Accountability Act resembles a similar Securities and Exchange Commission (SEC) rule proposed in March of 2022 after ending its period of public comment at the end of 2021.

Climate related risks would include those that materially impact organizations through direct weather- and nature-related impacts, and through indirect transition risks such as policy changes, reputational damage, litigation, market shifts, and technological innovations.

The SEC would require these risks to be reported for the short-, medium-, and long-term periods. Companies would also need to describe their business strategy for addressing the material risks and opportunities related to climate change.

Finally, they would need to disclose their method of assessing and managing climate risk within their organization.

The primary goal of both bills is to improve the transparency, availability, and reliability of GHG emissions data. While a large number of corporations voluntarily report these details, the quality of the reported data varies significantly.

This prevents adequate assurance in companies’ readiness for the many global risks and impacts associated with climate change. Investors increasingly seek clarity on the ability of companies to withstand these risks.

TCFD was developed by the Financial Stability Board (FSB) as a means to assess climate change through a financial risk lens. Its first set of recommendations were published in 2017.

Unlike many other ESG frameworks, TCFD considers how climate risks impact companies’ assets and revenues to improve credit ratings, insurance, and business investment decisions. TCFD reporting sheds light on the long-term, unpredictable, and costly impacts of climate change within the financial sector.

The GHG Protocol resulted from a collaborative effort by the World Resources Institute and teh World Business Council for Sustainable Development. It’s the most widely adopted standard for reporting the greenhouse gases listed in the Kyoto protocol.

The GHG Protocol is most well-known for its emissions Scopes 1, 2, and 3. They are defined as direct operational or owned emissions, indirect emissions from purchased energy and electricity, and indirect value chain emissions resulting from the production or use of a companies’ products or services.

Reporting Scope 3 emissions remains a challenge for large organizations, as they are difficult to measure and account for, as they fall outside the company’s direct influence.

However, they also represent the majority of emissions for many organizations, so investors seek stronger data on these emissions.

With both the proposed California Corporate Accountability Act and the SEC’s proposed climate risk reporting rule, there is an ever-greater likelihood that companies will need to improve their processes for disclosing climate change information.

✅ Why might the Climate Corporate Accountability Act be useful?

The growth of voluntary ESG reporting has improved a heightened public awareness of companies environmental and social impacts. Yet, it remains difficult for investors and other stakeholders to compare and validate corporate ESG performance with a lack of standards for data.

For California lawmakers who support the CCAA bill, it is in the public interest of California residents to know the carbon footprint of the large corporations operating in their state. The data quality also enhances the ability of investors and consumers to choose companies with a lower climate impact.

Under a voluntary ESG regime, not all companies provide the same level of information in their reports. They can obscure or omit data. Worse still, they can present their performance as though it is green when it is anything but.

Greenwashing is a way for companies to appeal to consumers’ interest in sustainability through attractive PR claims without backing up their data according to industry-wide benchmarks or other relevant reference points for comparison.

The CCAA aims to improve the level of GHG emissions reporting with the use of CARB-auditors. This will prevent organizations from fabricating their impact or leaving details unavailable.

Given the value customers and investors place on climate change data, mandatory reporting could potentially spark a wave of environmental improvements to satisfy demand.

📝 What are the reporting requirements?

The CCAA Senate Bill 260 requires private and public companies doing business in California and with $1 billion in annual revenues to:

The law would affect all partnerships, corporations, and limited liability companies with a high enough revenue to report. Notably, companies don’t have to have their headquarters in California for the law to apply. They would only need to have business transactions in the state.

The SB 260 defines Scope 1 and 2 emissions as follows:

Scope 1 emissions covers GHG emissions from the owned or directly controlled sources of a reporting company, no matter the location.

Scope 3 emissions accounts for all other indirect emissions from the companies value chain, regardless of location

The bill’s Scope 3 emissions requirement is the most far-reaching aspect of the proposed law. I

It includes emissions from purchased goods and services, commuting, expensed travel, waste, consumer product use, shipping and delivery transport, investments, and any leased assets and franchises, regardless of where the activities occur.

Requiring Scope 3 emissions reporting could impact small businesses worldwide who participate in the supply chains of large companies with business transactions in California.

The introduction of an independent auditing organization is another aspect of CCAA that extends beyond the requirements of the SEC’s proposed rule.

By January 1, 2024, the CARB would be charged with implementing regulations with the first reports on data collected over 2024 expected to be published in 2025.

To house the data, the Secretary of State is responsible for creating a digital platform where the public can access the reports from the business entities.

The California economy is responsible for over 14% of the United States GDP, making its proposed bill an important step towards a cleaner economy around the world. Companies should keep an eye on the bill, as it could have a significant influence on the future of carbon accounting reporting worldwide.

🔍 What are the consequences of the Climate Corporate Accountability Act on companies?

To encourage companies to comply with the law, it states that violations of the reporting requirements could lead to civil penalties.

This contrasts with the SEC’s proposed rule, which contains a safe harbor clause for legal liabilities regarding Scope 3 emissions reporting. California’s Assembly General, however, could take civil legal action in California state courts to uphold its requirements.

🙋 How many companies are concerned?

The total number of companies affected by the proposed law is roughly 5,500 to 6,000 companies, according to Senator Scott Wiener. He points out that many corporations already have systems in place to effectively report their GHG emissions.

The law would eliminate the lack of data for companies that either don’t report at all or only partially report their GHG emissions.

📅 What is the agenda?

In order for the law to pass, the California State Assembly must pass it. Bills are generally not reviewed by the Assembly for 30 days after they have been introduced.

If passed, California would need to take several steps to establish the administrative structure for the law’s requirements. The Secretary of State must first create its digital platform where the public can access the reports.

The CARB should also prepare its first report once the first disclosures are made and audited by its administrators.

Greenly supports business carbon accounting by streamlining the process. Through a digital audit of receipts and a questionnaire on equipment use and other business activities, companies can compile rich, well structured data on their carbon emissions. Book a demo to learn more.