What is the Greenhouse Effect?

What is the greenhouse effect? What are the major greenhouse gasses? And how are the gases influencing global warming? 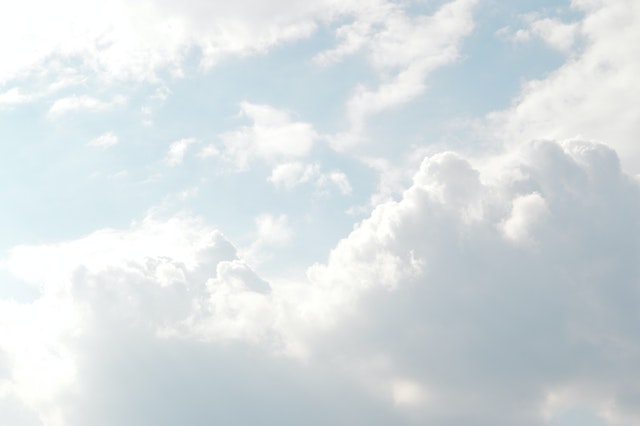 Greenhouses are exceptional at letting light in and staying warm at the same time. The greenhouse  effect, named for the successful method of growing plants indoors, has significant impacts on the  earth’s global temperature and climate. Greenhouse gas emissions contribute to the greenhouse effect  and further warm the earth.

What is the greenhouse effect? What are the major greenhouse gasses? And how are the gases influencing global warming?

What is the greenhouse effect?

👉 The definition of the greenhouse effect is when certain gases in the earth’s atmosphere trap sunlight and stop it from returning to space, warming the earth.

These gases, also called greenhouse gases, let energy from the sun penetrate the atmosphere but also trap some of the heat that reflects off the earth's surface and objects. Our planet is warmer or cooler depending on the density of these gases.

What causes the greenhouse effect?

💡 The greenhouse effect is caused by warm or hot air not being able to escape an enclosed space.

The greenhouse effect works on a smaller than planetary scale, too. As mentioned earlier, the effect is named after greenhouses: glass-walled buildings where plants can grow in a climate-controlled  environment. Just like earth’s atmosphere, greenhouses let in light and trap the sun’s heat.

How does the greenhouse effect work?

An understanding of the electromagnetic spectrum helps to better grasp the greenhouse effect.

Electromagnetic energy travels in various forms and shapes with different wavelengths and frequencies that determine the type of energy.

Humans can only perceive a tiny sliver of the spectrum with the naked eye. However, we use a variety of the wavelengths in our everyday lives, such as x-rays, microwaves, and radio waves.

This infrared light, which can be felt as heat, has too long of a wavelength to pass back through the glass, getting trapped inside of the car or greenhouse.

Greenhouses work well to offer a good habitat for growing plants because they let the visible light in but trap the residual heat. However, growers need to be aware of trapping too much heat, particularly in the summer – that's why you might see a greenhouse with its doors open or plastic walls rolled up to let the excess heat out.

The greenhouse effect is also why a car gets hot when it sits in the sun. Have you ever cracked the window of your parked car to keep it cool? By doing this, you limit the impact of the greenhouse effect by letting the hot air escape the inside of the car.

Is the greenhouse effect good or bad?

We cannot say that the greenhouse effect is particularly good or bad.

As you might expect, too many greenhouse gases in the earth’s atmosphere would make surface temperatures scorching hot and species survival futile. 🔥

The earth is livable for millions of species because the density of greenhouse gases in the earth’s  atmosphere is the right concentration to keep the earth’s surface at a stable temperature that is not too hot nor too cold. However, as more and more greenhouse gases are released into the atmosphere, earth will heat up and threaten the existence of millions of species.

What are greenhouse gases?

👉 Greenhouse gases, also known as “GHG”, are atmospheric gases that trap heat from sunlight reflecting off the earth’s surface.

Since the start of the industrial revolution, humans have been releasing additional greenhouse gases into the atmosphere, changing the gas composition of our air. 💨

A real-world example is when you put on a second or third layer to stay warm when it is cold outside. You may already be wearing a sweater to insulate your body heat, but if you are still cold, you may put  on a jacket to keep even more of your heat close to your body.

When we burn more fossil fuels, we are slowly adding more metaphorical layers of clothing to the earth.

Which gases contribute to the greenhouse effect?

The United States emitted far more carbon dioxide than other greenhouse gases in 2020.

All of these gases are naturally occurring in earth’s atmosphere, aside from CFCs. These harmful compounds, also known as fluorinated gases, are only present due to human activity. They also happen to be incredibly powerful: they are 10,000 times as effective at absorbing light as CO2.

How are humans affecting the greenhouse effect?

Humans have been intensifying the greenhouse effect since the industrial revolution when humans started burning fossil fuels like coal to power factories. Since then, our society has learned to rely heavily on natural gas and oil for our common needs: from air travel, to daily travel, to home heating, to charging our electronics. All of these activities are causes of greenhouse gases.

As we’ve discussed, the burning of fossil fuels releases greenhouse gases to the atmosphere, further  compounding the greenhouse effect. The meat industry has also been known to be bad for the  greenhouse effect. Cow can emit literal tons of methane through farts and burps, particularly when the  cows are on a poor diet.

Gas makeup of earth’s atmosphere now compared to past

According to the Mauna Loa monitoring station, the Clevel in our atmosphere is currently about 419 parts per million (ppm). This means that in one million particles of air, 419 of those particles are CO2.

This means that human activities since the industrial revolution have increased the amount of CO2 in our atmosphere by 150%.

While 416 parts of one million may not seem very significant, even the slightest of changes in the gas  makeup of our atmosphere can significantly alter the surface temperature on earth. The earth has  already warmed 0.9°C (1.6°F) since preindustrial times and will continue to heat up if we do not limit our  greenhouse gas emissions. That is why the Paris Climate Agreement brought together several countries  to agree to cut down emissions in order to stop global warming at 1.5°C (2.7°F).

What is the runaway greenhouse effect?

👉 The runaway greenhouse effect is a process by which enough greenhouse gases collect in a planet’s atmosphere to trap most or all heat from leaving the planet, resulting in a planet so hot that all water evaporates from its surface.

The water vapor then sits in the atmosphere until it eventually diffuses into space, rendering the planet  water-less.

Could the runaway greenhouse effect happen on earth?

Luckily, scientists do not believe human-driven climate change can result in the runaway greenhouse  effect – the surface temperature of our oceans will not become warm enough to trigger the effect.

What reduces the greenhouse effect on earth?

Aside from limiting our greenhouse gas emissions, a great way to limit the earth’s intensifying greenhouse effect is to capture CO2. You may know or be able to guess the most effective way we have  of capturing carbon. These beings also happen to be our best source of breathable oxygen.

That’s right, plants are our best fighter against the worsening greenhouse effect. When companies say they are offsetting their carbon footprint, they often plant trees to do so. That is because trees breathe in carbon dioxide with photosynthesis and breathe out oxygen – the opposite of humans.

👉 Planting trees can help mitigate the warming temperatures caused by greenhouse gas emissions by capturing the gases themselves.

If you are passionate about limiting our earth’s global temperature rise, mitigating our impact on the  greenhouse effect, and tracking and reducing your carbon emissions, contact the team at Greenly. We  help companies measure and reduce their carbon footprint, as well as find legitimate carbon offsetting  projects to invest in.

Join us in the fight against climate change, along with the hundreds of other companies we have advised  on carbon emissions.