What’s the difference between carbon neutral and net zero?

Carbon neutral ? Net zero ? Both of them ? You get the point : they’re similar, but different. What’s the difference ? Greenly explains. 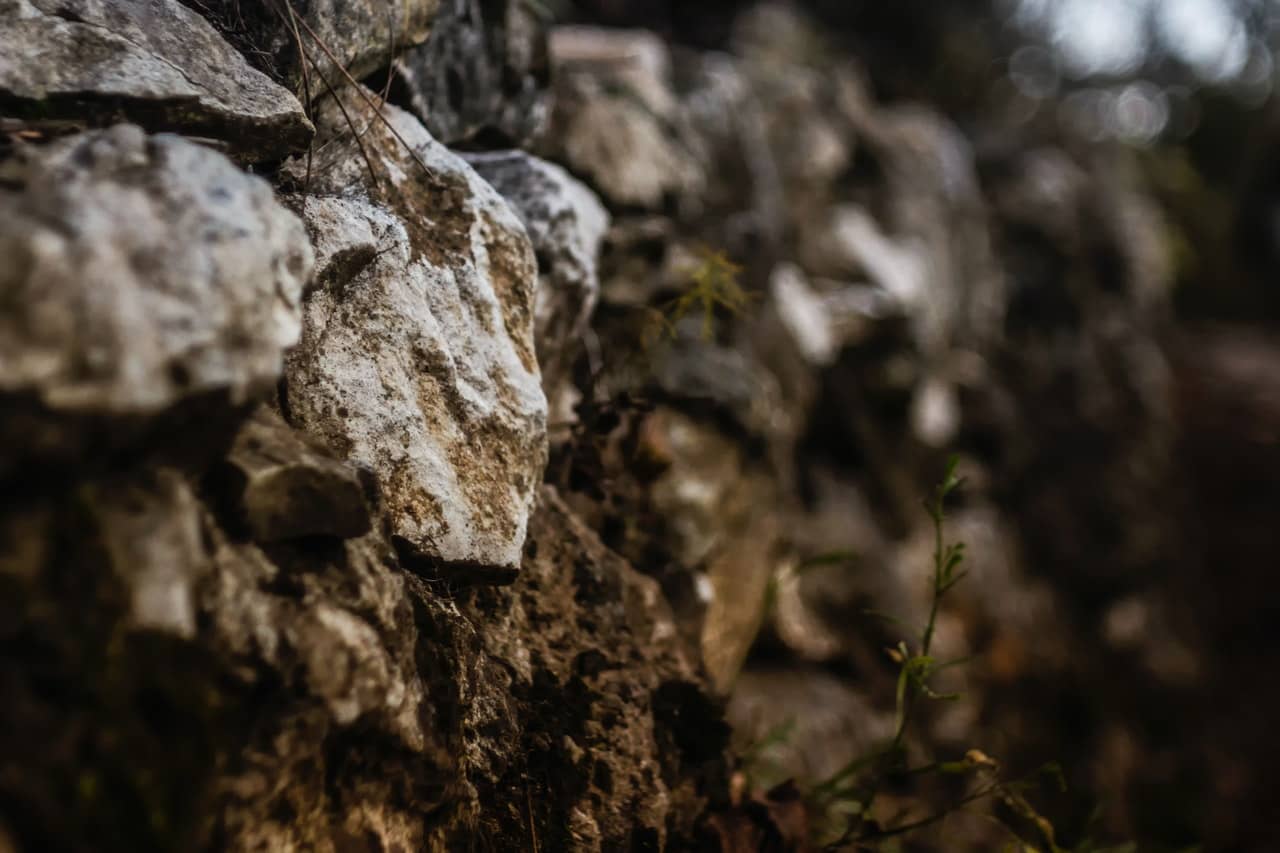 Later that year, Apple declared that it would be carbon neutral for supply chain and products by 2030.

But what is the difference between net zero and carbon neutral?

When everyone uses different words to describe their climate goals, it’s hard to understand who is doing what. Even though terms like net zero and carbon neutral might have similar meanings, the small differences between them, when considered at scale (particularly at the scale of the likes of world leaders, like Apple and Amazon), can mean a very different impact on global warming... And a very different environmental benefit.

But first, let’s break it down

There are enough sustainability terms out there to make your head spin, so let’s run through a few quick definitions before we begin.

🔎 What is carbon neutral?

The terms carbon neutral refers to an activity or a company which offsets the same amount of carbon that it emits. Carbon neutral means that emissions produced and offset are equivalent. On its own, it won’t keep the world under the 1.5°C target, set by the 2015 Paris Agreement.

🔎 What is net zero carbon?

Net zero (with reference to net zero commitment) means reducing all greenhouse gas emissions as much as humanly possible, and offsetting only the essential emissions that remain. Net zero ghg emissions is designed to keep us on track for a global temperature rise of less than 1.5°C - compared with pre industrial levels.
‍

Net zero carbon or carbon net zero or zero carbon means reducing carbon credits emissions as much as humanly possible, and offsetting only the essential emissions that remain.

But there’s more than carbon neutral and net zero to deal with. Here’s a few other terms that can be helpful to understand.
‍

Climate positive and carbon negative (confusing, we know) means that a company or an activity achieves net zero carbon and more — basically, they remove more carbon from the atmosphere than they emit in the first place. In other words : removing additional carbon dioxide. It’s one step up from neutral, or zero.
‍

Climate neutral means reducing all greenhouse gases emissions as much as possible and offsetting the essentials (i.e., net zero), while also making sure an organization or activity is not making any other negative impacts on the environment. It’s a holistic approach to going green that also considers environmental factors like water, waste, and so on. It’s also the most ambitious approach (but don’t let that stop you from trying!).

🤷‍♀️What does it mean to become carbon neutral?

To achieve carbon neutrality, all a company technically has to do is not increase their carbon emissions, and then purchase carbon offsets to balance the emissions they produce. Although carbon neutral certification (PAS 2060) does specify that your company must make reduction targets, it doesn’t specify by how much (making this standard fairly ineffective).

In practice, most companies will work towards this goal by first cutting down on unnecessary emissions, and then offsetting what’s left. But carbon neutral as a concept only requires that you offset an equal amount of carbon to that which you produce. So technically, a company could not even try to reduce their green house gas emissions, pay for the equivalent amount in offsets, and call themselves neutral.

That’s better than doing nothing at all, but that kind of approach is not what will help keep us on track to limit global warming by 1.5° — which is why COP26 focused so strongly on net zero.

🤷What does it mean to become net zero emissions?

Net zero is frequently used to describe a state of human existence whereby we are emitting no new greenhouse gasses into the atmosphere. To do this, net zero requires that we eliminate virtually all emissions produced to the point of almost zero, and then purchase carbon removal credits to offset only the very essential, hard-to-decarbonize emissions that remain.

That’s the bigger picture, but individual companies can become net zero too, although we usually refer to this as carbon net zero or net zero carbon, because most companies will focus solely on their carbon emissions.

It’s hard for a company to become completely net zero right now for a few reasons:

This doesn’t mean that you shouldn’t think about achieving net zero emissions — every company should. But it’s a long-term goal that will take years or even decades. In the meantime,  combatting climate change by going carbon neutral is a great starting goal, and it’s currently much easier for companies to achieve.

So, what is the key difference between carbon neutral and net zero?

It’s helpful to think about the differences as belonging to three key categories.

Because there’s no particular level of emissions reductions you must reach, going carbon neutral still means you can produce significant emissions. Carbon neutral only covers GHG Scopes 1 and 2 (your company’s direct emissions), and it can refer to individual products and activities, or to your company as a whole. In short, carbon neutrality is a goal that you can achieve in the short-term, and it’s a great place to start. But even if every company went carbon neutral, it wouldn’t be enough to keep global temperatures below a 1.5° increase.

A net zero label means you’ve done everything in your power and used all available technologies to cut your emissions as close to zero as possible, before offsetting the rest. Net zero covers GHG Scopes 1, 2 and 3 (Scope 3 includes your company’s entire value chain, from supplies purchased to your products’ end of life treatment, which is a much larger undertaking to calculate).
This means net zero is more likely to be a long-term goal, and it refers to the activity of your company as a whole. To keep global temperature rises under 1.5°, net zero is where we all need to get to.

✅ Carbon neutral and net zero have unique standards and certifications

There are different international standards and certifications for achieving carbon neutral and net zero.

You can be certified carbon neutral if you adhere to the standards outlined by PAS 2060. PAS 2060 is the international standard for carbon neutrality. To qualify as carbon neutral, companies need to do three things:

Currently, you can become PAS 2060 certified through organizations such as Control Union, Carbon Trust, and NQA.

Meanwhile, in October of 2021 (just in time for COP26), the SBTi released their Net-Zero Standard, designed to help companies set science-based targets to reach net zero. This standard (Science Based Targets initiative)  has four key requirements:

Going carbon neutral requires that you balance your emissions with an equivalent amount of offsets, but these offsets can simply be carbon reduction offsets. Carbon reduction offsets include projects like wind farms and solar generation. These types of projects help to cut down on the total carbon that is released into the atmosphere, now and in the future.

These projects are great for the environment, but they don’t actually remove the carbon that’s already in the atmosphere, and as such, these offsets alone can’t get us to our less-than-1.5° target. They’re also generally much cheaper than the carbon removal credits required for net zero.

On the other hand, net zero offsets must be carbon removal offsets, meaning that carbon that is currently in the atmosphere is actually extracted out - mainly thanks to carbon sinks. Because of the newness of carbon removal technology (like direct air capture and enhanced mineralization) and the time it takes for established forestry projects to be ready to be used for carbon removal (10+ years), these kinds of offsets are much more expensive, and not easily available. They can also be up to ten times more expensive than carbon reduction credits.

🤔 Should you aim for carbon neutral or net zero?

Aiming for carbon neutrality is a great start, and if you approach it with the mindset of first reducing carbon emissions as much as possible before you start offsetting, then it’s essentially the same thing as going net zero emissions.

Net zero, though, became increasingly popular terminology after COP26, and it aligns with the global goal of keeping temperature rises under 1.5°C. It often refers more to a state of human existence that we may one day reach, rather than the activity of a single company.

It’s also (unlike carbon neutrality) focused on reducing emissions as much as humanly possible (typically 90-95%), and only turning to offsets to mitigate the small amount of carbon that simply can’t be avoided.

So if you’re making environmental changes where you work, we recommend thinking in terms of net zero rather than carbon neutral. Carbon neutral is the most achievable goal for now, so it can be a great stepping stone on the way to net zero goals. Either way, though, if you’re aiming for one of those, you’ll still be doing a whole lot better than most.

Climate terminology is confusing, and that’s a problem. The less we understand relatively simple terms, the less likely we are to take action on them.

At Greenly, we don’t believe it’s the words you use that really matter. If you want to reduce carbon emissions, limit warming and leave a positive legacy for the planet, then your actions will speak louder than words.

Want help with your net zero carbon emissions? Talk to the team at Greenly. We’ve helped companies of all shapes and sizes to measure and reduce carbon footprint, and offset their emissions on their way to carbon neutral, net zero and beyond.