How is climate change expected to continue to impact weather changes around the world? How can these changes in climate be monitored and predicted? Here are 5 questions to better understand chapter 11. 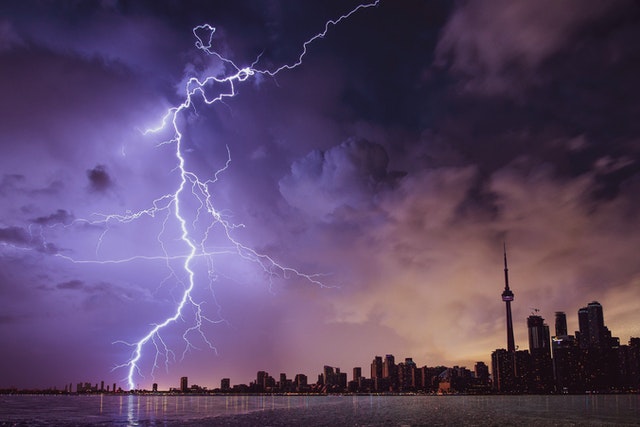 ☔What is causing change in the weather?

There is direct evidence that greenhouse gas emissions and general human activity, such as industrialization, are the direct cause of these extreme weather changes we are witnessing around the globe. The changes in weather have only been further proven to be a direct cause of extreme industrial activity – and has been shown through various weather occurrences since pre-industrial times: such as extreme precipitation, heat waves, droughts, fires, and tropical cyclones. 🌪️

Extreme weather has grown more ferocious and frequent as global temperatures continue to rise, and these bizarre weather conditions are only expected to continue as global warming continues to increase. ⏫

Despite the fact that rising global temperatures continue to impact the severity of weather conditions around the planet, new technologies and sciences have allowed us to better predict future alterations in weather and climate patterns – which help us allow for devastating conditions like heat waves, droughts, thunderstorms, tornadoes, and cyclones. ☀️

Extreme temperatures and weather predictions can be determined through a combination of previous data and new technologies. 🔬

Scientists are utilizing the new and improved technology, such as modified climate models, and previous weather patterns to determine future weather conditions and predict erratic weather that could cause both local communities and developing countries harm. 💥

What is causing extreme heat? 🔥

Extreme heat and increase in global temperatures, such as heatwaves, is a direct result of global warming itself. Cold fronts have also decreased since 1950, the decade that industrialization and various carbon or greenhouse gas emissions began polluting the environment. Extremely low temperatures are now less common due to global warming. 🌍

These extreme temperatures have been occurring around the world, and are not contingent on typical climates of various regions. In other words, Australia is known for warm weather and they have experienced fires – whereas Antarctica is known for frigid temperatures, but is still experiencing unusually high temperatures as ice glaciers are melting and polar bears are going extinct due to climate change. 🐻‍❄️

The main cause for extreme heat is due to the rise in the use of greenhouse gasses emissions. This increase in greenhouse gas emissions has also elicited detrimental effects to soil moisture levels and typical natural variability in a decade. 🌱

It’s not just open land that has suffered the consequences of climate change, but crops have as well. Irrigation systems have become less efficient due to extreme heat. 🌾♨️

Greenhouse gasses aren’t entirely to blame; it’s important to note that urbanization has also aided in the acceleration of increased temperatures in cities. Again, these heat waves will continue to happen as long as activities that hinder progress towards mitigating climate change, like industrialization and urbanization continue to occur.

While increased rainfall is usually seen as a good thing, as it provides us with a fresh water source that is drinkable and can adequately rehydrate thirsty crops and other potential resources – increased precipitation caused by global warming has created numerous floods that cities, communities, and developing nations are not equipped to handle. 😬

Just like rising temperatures and increased floods, droughts are also occurring due to global warming. Human activity has also contributed to agricultural and ecological dilemmas, and these droughts have manifested in different manners around the globe contingent on how each region has particularly been affected by climate change.

Regions around the world will continue to suffer from droughts as temperatures continue to increase, as of course – droughts are insinuated by a lack of moisture, and the possibility of this becomes increasingly difficult when accompanied by abnormally high temperatures.  🌡️

Various natural disasters, such as tornadoes, cyclones, and hurricanes are also happening more often. These wind speeds aren’t expected to rise as drastically alongside climate change like floods, droughts, or heat waves – but they are still a cause for concern amidst the global warming crisis.

📖 What could be a consequence of extreme temperatures and weather events occurring due to global warming and climate change?

Industrialization, urbanization, or any other global warming inducing activities continue to occur at the rapid speed that they are, the current dangerous weather events we are experiencing now are likely to only get worse. 😥

Events like hurricanes, heat waves, thunderstorms, droughts, and tornadoes are going to continue to occur more frequently in conjunction with the worsening state of climate change.

The worst part, is that as long as extreme weather conditions continue to take effect – it will continue to cause severe damage to countless parts of the world. The fires in Australia, hurricanes in New Orleans, and Tsunamis in Japan could be just the beginning of countless more devastating natural disasters to happen. 🏚️

The time, money, resources, and effort that is required to rebuild communities and countries that suffer from natural disasters could be mitigated if we all collectively tackled the root of the problem: climate change itself.

Human activity will continue to influence climate change and various weather patterns around the world until concrete measures are taken by businesses and individuals alike. Remember, when it comes to the fight against climate change and mitigating rising temperatures – we are all citizens of the world. 🌎

In short, all detrimental effects and activities like industrialization, urbanization, and pollution will continue to negatively impact people around the world until we can recognize the collective fight against climate change. 🌡️