Low-Emissions Zones (LEZs) are a popular way to improve air quality in major European cities. Will this trend start to grow overseas? 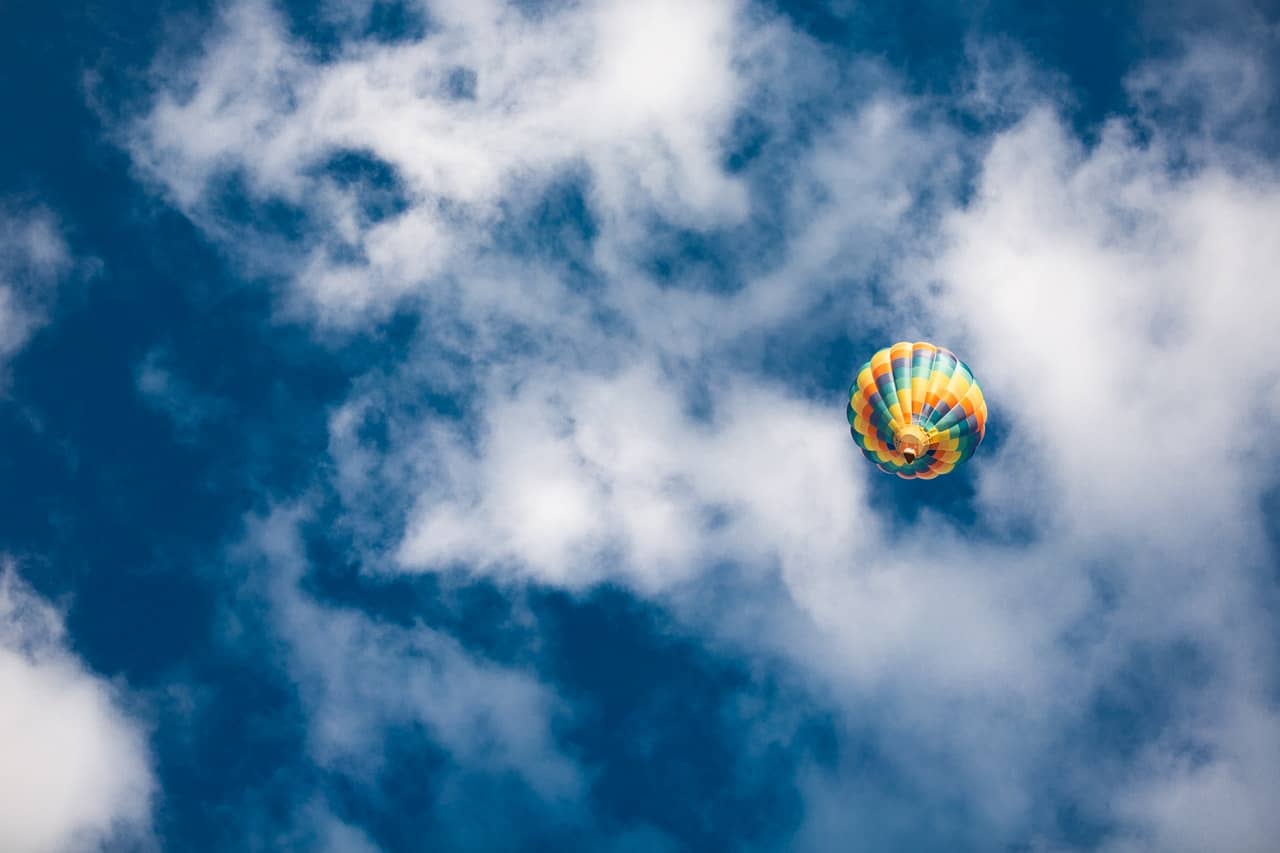 When urban planners talk about smart cities, low-emissions zones (LEZs) probably aren’t the first thing that comes to mind. In fact, they have only been adopted in the UK, Europe, China, and one city in India.

However, an LEZ can have an immensely positive impact on the health of city inhabitants. Cities are adopting these zones to both improve public health and measure the positive impact over time. This could help the LEZ concept to spread to other places around the world.

❓ Low-Emission Zone (LEZ): what is this?

Our urban infrastructure could radically transform in the coming years, as we adopt more low emissions technologies. A low-emission zone (LEZ) gives us a partial glimpse into this future, by restricting vehicles with internal combustion engines from the area.

A Low-Emission Zone (LEZ) is defined as a public area where vehicles with high emissions are prohibited to enter.

The first ever environment zone was created in Sweden in 1996. More European cities and London adopted the strategy for improving air quality in 2007 to 2008. Here’s how LEZ programs work.

Each urban area adopts its own criteria for an LEZ, including the region and streets included, the days of times the zone is effective, the type of vehicles permitted, and a plan for expanded restrictions over time.

As low emissions vehicles become more widely available, we can expect more LEZs in the future.

These regulations are enforced several ways:

Restricting access: In most areas, vehicles with high emissions cannot enter an LEZ. If they do, they will be subject to a fine. In Europe, vehicles rated Euro 3 and older cannot enter these zones. The standards may differ for petrol and diesel vehicles, as diesel vehicles produce higher levels of dangerous air pollutants.

Retrofits for older vehicles: For some older vehicles, a simple retrofit can help them meet the standards to drive within LEZs. One example is upgrading a vehicle with a diesel particulate filter (DPF).

Charging an entry fee: In London, LEZs have entry points where cars that don’t meet certain low emissions standards are charged an entry fee, while those that do meet the standards may enter for free.

Most official LEZs are legally designated areas where city officials enforce penalties when drivers violate the mandate. Some areas are voluntarily established as “car free zones” by members of a community. These areas are not recognized or monitored by municipalities.

LEZs are often phased-in projects covering increasingly large regions and excluding more gasoline or diesel-powered vehicles over time. Oftentimes the projects begin with restrictions on freight vehicles, and then expand the guidelines to include passenger vehicles over time.

Not all LEZs in the world use the term “low-emissions zone,” either. Other terms like “environment zones” (Germany), “restricted traffic zones” (France), “clean air zones” (London), and electric vehicles-only Area (India) are also used to describe these areas.

Given that relatively few LEZs exist around the world, many of today’s LEZs are testing grounds for cities to research and measure the improvements to air quality and health associated with the zones. This data could help spread their adoption more broadly around the world.

How does it tackle air pollution in cities? 💨

Cities select streets or regions to become LEZs based on the positive health impacts it can have to the community. They are the most effective measure a city can take to improve air quality. Most LEZs are strategically positioned to reduce the public health burden of high emissions.

LEZs eliminate the main sources of these dangerous forms of air pollution in a given region, which improves the overall ambient (outdoor) air quality in a city.

What’s the difference with an Ultra Low-Emission Zone (ULEZ)? 👈

London created an Ultra Low-Emission Zone (ULEZ) in 2018 covering five streets within its North and South Circular Roads in the Boroughs of Hackney and Islington. It has higher restrictions than most LEZs.

Vehicles allowed: Only vehicles with CO2 emissions equal or less than 75 g/km and a zero-emission range of 10 miles can drive in the area without a fine. This includes battery electric vehicles (BEVs), fuel cell electric vehicles (FCEVs), and clean plug-in hybrid vehicles (PHEVs).

How the ULEZ is enforced: An automatic number plate recognition system at entry-points detects vehicle access requirements. Drivers who violate the zoning restrictions are subject to a penalty of £130 (US$180), or £65 (US$90) if it is within 14 days.

📊 Why are LEZ more and more numerous?

LEZs are growing in popularity as more and more research comes forward on the combined health and climate risks associated with exhaust from vehicles with internal combustion engines.

Air pollution is a real danger for health 💀

Nine out of ten people live and work where air pollution levels are above the safe limits set by the World Health Organization (WHO). This can lead to chronic illness like asthma, type 2 diabetes, and obesity, dementia and Alzheimer’s disease, and premature deaths from heart and lung disease and cancers.

WHO estimates that globally, 4.2 million premature deaths result from ambient (outdoor) air pollution. The majority of these deaths (91%) occur in low- and middle-income countries. This is not to say air pollution doesn’t impact higher income areas, however.

In Europe, a total of 310,000 premature deaths occur from air pollution, more than those from road accidents. Air pollution risks have lowered the average life expectancy in Europe. The public health costs associated with air pollution are roughly €427 to €790 billion per year.

PM2.5 has received extra attention given its harmful impacts on health. This pollutant is listed as a leading cause of cancer by the International Agency for Research on Cancer. Ongoing exposure impacts every organ in the body and worsens existing health risks.

Research has found that the health impacts of air pollution fall more heavily on vulnerable populations. Children, the elderly, and people with pre-existing health conditions face worse health risks from air pollution than other individuals.

Low income city residents are also more likely to live closer to heavily polluted streets and city regions than those with higher incomes. Regionally, the areas with lower GDP per capita in Europe (Eastern and South-Eastern Europe) have higher levels of PM2.5.

Europe aims to reduce the premature deaths caused by PM2.5 by 55% compared to 2005 by 2030 under the Zero Pollution Action Plan of the European Green Deal. This could help expand the number of LEZs across Europe.

Another benefit that comes from creating LEZs is reducing the greenhouse gas (GHG) emissions from transportation. It’s a “win-win” policy for both public health and the energy transition to a safe, low-emissions economy.

Globally, transportation is the fastest growing source of GHG emissions accounting for 17 percent. However, in higher income areas like the EU and US, this number is much higher.

The total GHGs grew by 0.9% from 2018 to 2019 in Europe, while the global Covid-19 pandemic made the year 2020 an anomaly. That year, transport emissions declined by roughly 12.7% and international aviation emissions dropped to an astonishing level 54% lower than 2019 levels.

Unfortunately, transportation GHG emissions show no signs of slowing in spite of this temporary dip. This is troubling given the dire warnings from scientists about our likelihood to pass the safe threshold of warming of 1.5°C above pre-industrial average atmospheric temperatures in the 2030s.

On the upside, EV sales in the UK and EU are growing faster than expected. They’ll likely surpass traditional combustion engine vehicle sales by 2025.

💚 One step further: what about the Zero-Emission Zones?

Building off of the success of LEZs, more and more cities are increasing their standards to establish zones that restrict all vehicle exhaust emissions.

What is a Zero-Emission Zone? 📘

To prioritize forms of urban mobility that eliminate all emissions, a higher zoning standard called a zero-emission zone (ZEZ) has been created.

As in LEZs, vehicles that don’t meet the ZEZ standard are fined or must pay a fee to enter these areas. The benefit of ZEZs is to promote the use of vehicles that have no health or climate impacts from their operation.

Some areas are specifically zoned to eliminate freight vehicles with air pollution and GHG impacts, known as ZEZ-F. Rotterdam has implemented a permanent ZEZ-F and Shenzen, China plans to adopt this restriction as a pilot program in certain areas as well.

Are Zero-Emission Zones the new trend in Europe? 📢

Europe and the UK are leading the way with plans for ZEZs or near-ZEZs in various cities: Amsterdam, Berlin, Copenhagen, London, Oslo, Oxford, and Paris. Many of these areas started as LEZs but will graduate to the higher standard of ZEZs at a new phase of implementation.

Most of these cities have LEZs encompassing their city centers. The zone will expand outward while the inner zone will become a ZEZ.

The first step to enabling the creation of a ZEZ is providing the legal basis to do so. Such a legal basis gives municipalities the authority to restrict traffic to certain areas by vehicle-type.

Here are a few examples of legal frameworks that have enabled this transition:

In the absence of a framework, supporting measures can still spur the adoption of more EVs and zero emissions forms of transport for urban mobility.

😍 What about becoming Net Zero too?

Each company can implement the same philosophy of zero emissions vehicles to its own operations as part of a Net Zero plan.

Greenly helps companies undergo a carbon emissions assessment to help them transition towards net-zero operations. This way, a company can identify the most cost-effective and impactful ways to reduce its GHG emissions.

Think of the benefits this will have on not only your company, but your broader community: health improvements and future proofing for climate change. Initiatives like these never go unnoticed. They help companies access investment opportunities, attract talent, and retain employees.

Get in touch with Greenly for a carbon-neutral business consultation today. 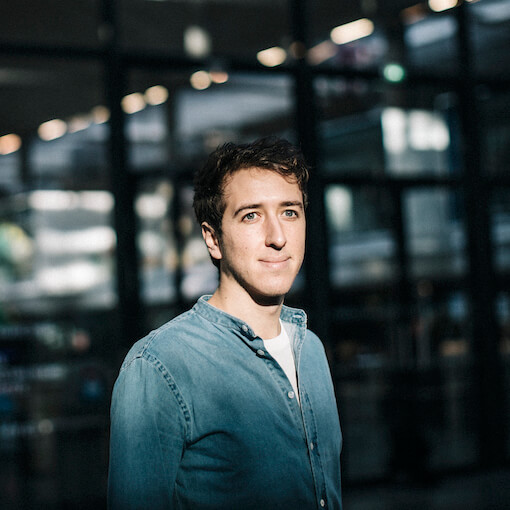