Representative Concentration Pathway (RCP): What is It?

What is Representative Concentration Pathway, otherwise known as RCP – and why should you use RCP? Does RCP provide a vital tool in the fight against climate change? 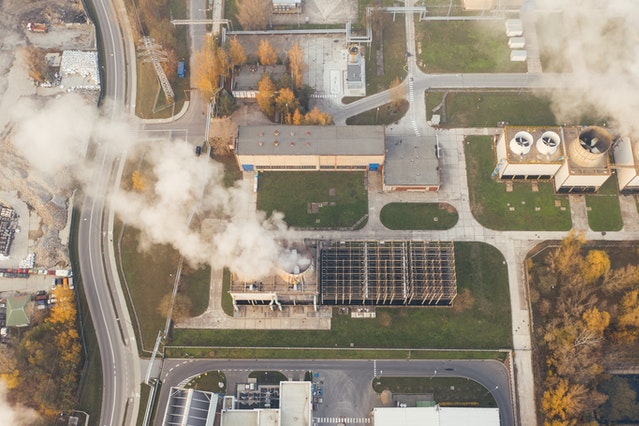 Climate change is an ongoing global issue that is caused by excessive greenhouse gas and carbon dioxide emissions, and while established measures to mitigate further climate change such as carbon capture and storage systems or carbon accounting are great for creating long-term habits to reduce rising temperatures – making an attempts to predict the future of global warming could be vital in the ongoing battle against climate change.

This is where RCP, otherwise known as Representative Concentration Pathway – steps in. 👟

How do Representative Concentration Pathways help to predict climate change and highlight the strategies worth improving on? 💪

Representative Concentration Pathways, otherwise known as RCPs – are models that illustrate the future of potential carbon dioxide emissions or the possible reduction of atmospheric concentration throughout the current century. 📅

❗Representative Concentration Pathways are created given the predictions of the current century, with multiple scenarios created ranging from the best case scenario to the worst case scenario in how carbon dioxide emissions will impact the world across multi-various sectors.

RCP does this by utilizing a wide variety of possible climate policy outcomes for the current century. After capping the amount of possible carbon dioxide emission scenarios, researchers use the predictions to conduct further research. Ultimately, the researchers demonstrate their scientific findings on carbon dioxide emissions to create possible scenarios for the future global impact caused by climate change. 🌡️

More specifically, RCP models strive to predict the future circumstances of population growth, forest, grass, and crop lands, oil and fossil fuel usage, and the prevalence of renewable energy sources caused by the potential increase or decrease of carbon dioxide emissions in the atmosphere. ☁️

In order to predict the future of global warming, many factors need to be taken into consideration in order to yield an accurate representation of future carbon dioxide emissions. The most essential part to this model is to use the potential amount of future greenhouse gas emissions as a variable in an RCP.

It’s also important to consider the continued developments in technology, energy generation that is subject to change depending on the land’s current usage, and economic components, such as population growth and urbanization – also need to be considered when creating an RCP. 🖊️

How does RCP work? 📝

RCP models were initially drafted by the IPCC. There are several primary groups who study the effects of climate change, such as the climate model – who study the impact of global warming on weather patterns and how overall emissions alter the environment. Also, the Integrated Assessment Model, otherwise known as IAM – used combined data from various studies to decipher the relationship between emission and social or economic factors. Lastly, a third group that monitors these environmental impacts is the Impacts, Adaptation and Vulnerability, or IAV for short – who depend on research on social sciences economics, engineering, and the natural sciences to draw conclusions on the impact of future emissions.

RCP scenarios are first drafted through the use of models and databases. Following the initial downloader, researchers then personalize the scenarios for the future outcomes of urbanization, carbon dioxide emissions, oil production, and more according to the data. 📊

What is the main goal of RCP? 🥅

The main goal of RCP is to predict future trends on how the amount of greenhouse gas emissions or carbon dioxide emissions will impact the atmosphere, ozone layer, oil and fossil fuel use, urbanization, overall human activity and the progress of developing countries in order to course correct for the most appropriate and efficacious environmental results possible.

Therefore, the goal of RCP is to outline all potential scenarios and the precautionary measures that can be taken beforehand.

❗Think of RCP like an emergency plan, ready to go and save the day when crisis hits!

If there’s an earthquake, and there were no plans intact on how to deal with the natural disaster as it happens – there would be catastrophic effect, as no one would know how to take shelter or survive the Earthquake. 🏚️

🔴✅What are the pros and cons of RCP?

This is because RCP models ultimately prepare plans contingent on all environmental scenarios in the future, meaning – there is no harm done, only preparation for multi-various global outcomes. 🌍

It could be said that the time and technology being used to create these RCP scenarios could be put to better use by using that same time and energy to improve upon current environmental and social issues.

However, since the primary goal of Representative Concentration Pathway is to create future scenarios in preparation for new sustainable development plans on how to improve the environment and mitigate further climate change in the future – efforts towards the current methods to reduce global warming aren’t necessarily impacted by the formulation of RCP scenarios.

Therefore, RCP models are ultimately more beneficial as they help provide careful details pertaining to all of the social, economic, and environmental factors to be impacted by the predicted increase or decrease of the use of fossil fuels, oil, and carbon dioxide emissions in the atmosphere. 💨

What are some examples of RCP? 📚

Here are a few examples of RCP scenarios that are currently being monitored and worked on this century.

This RCP scenario could be considered the best demonstration to limit climate change caused by human activity. However, this RCP delineates that intensive climate policies would be required over the next few years by communities around the world – including developing countries or resources that would rely on the assistance of governmental aid or a developed, wealthy nation to achieve those climate change reduction policies. 🌍

RCP 2.6 reveals carbon dioxide emissions could peak globally in 2020 and start to decline in 2080. It also shows that the atmospheric concentration would peak in the middle of the century, followed by a steady decline. ↘️

This RCP modelimagines a scenario where the global population will peak at nine million people when economic growth is most robust. The use of oil may decline, but the use of other fossil fuels will be bound to increase in order to compensate for the reduction in oil usage. 🛢️

The increased use of fossil fuels will be offset by carbon capture and storage systems, and renewable energy sources such as solar and wind panels will increase – but not to the extent that their use is habitual amongst the industry.

Agricultural land for crops could grow at an unprecedented rate, and other grassland areas would remain stabilized. The industry to produce animal products will remain in demand, and forest vegetation will continue to decrease at the current rate. 📉

In this RCP scenario, emissions will peak in the middle of the century and then rapidly decline over the next 30 years. The emissions will stabilize to be half of what the levels were in the year 200. Carbon dioxide concentration will continue to increase according to current trends, but will stabilize and the rate of increased emissions will not be as rapid as previously expected.

In comparison to RCP 2.6, agricultural land for crops and other grassland areas will decline as reforestation will provide newfound, natural vegetation. 🌱

RCP 6 demonstrates a scenario where the global population reaches 10 million people. In conjunction with this prediction, energy consumption will peak in 2060 and then decline to a similar level predicted in RCP 2.6. Oil consumption will remain prevalent, and unfortunately – biofuel, nuclear, and renewable energy resources will be less prevalent as depicted in the previous two RCP scenarios.

Grasslands and crop areas will develop according to trend, but grassland areas will dramatically decline while vegetation levels will remain the same as predicted in RCP 4.5.

Serving as the antithesis of RCP 2.6, RCP 8.5 serves as the worst case scenario for the future of emissions. In this RCP, emissions continue to drastically increase throughout the century – predominantly during early and middle parts of the current century. By 2100, the emissions will have stabilized, but will rest at 30 gigatonnes of carbon as opposed to the  8 gigatonnes in 2000. 😱

In this RCP scenario, the concentration of carbon dioxide emissions in the atmosphere will continue to accelerate at an unprecedented rate into the next century. 🕰️

Global population will reach an all time high – nearly 12 billion people by the end of the century.  Economic growth will be similar to the predictions made in RCP 6, but the incomes are likely to be lower given the increased population and various circumstances in developing countries. 💸

As this RCP scenario illustrates the worst environmental predicament possible, it is clear that energy and consumption rates will become unsustainable – and continue to grow at an unparalleled rate throughout the century. Oil use will increase until 2070, and then rapidly decline when coal becomes the primary source of overall increased energy consumption. Land use will follow the current trends, as crop and grass areas will continue to increase and future deforestation will provoke a reduction in overall forest land. 🌲

While RCP scenarios do not directly change the current measures used to mitigate climate change in the present day, RCP does provide the information and inspiration needed to create more sustainable, concrete action to prevent further global warming. 🔥

Since RCP models provide descriptive details on how the level of carbon dioxide emissions will impact population growth, the use of renewable energy sources, reforestation, developing countries, and more – RCP models ultimately delineate what the world could expect.

💭Think of it this way: whenever you’re about to make an important decision, it is usually recommended to gather all of the information possible in order to make the right choice given the current situation.

RCP models provide government authorities, scientists, and other local leaders with the detailed information necessary to determine what the future of mitigation strategies for climate change should look like. Representative Concentration Pathways can serve as inspiration and provide a baseline for which environmental goals to accomplish today in order to prevent some of the less desirable situations presented in the RCP scenarios.

It’s just like the time old saying: plan for the worst, and hope for the best. 🤞

If reading this article about representative concentration pathway, or rcp, has made you interested in reducing your carbon emission to further fight against climate change – Greenly can help you!

Click here  to learn more about Greenly and how we can help you reduce your carbon footprint.