What is REDD+ – and how does it aid the environment in the midst of deforestation projects? Can using REDD+ help businesses and forest degradation reduce their carbon footprint? 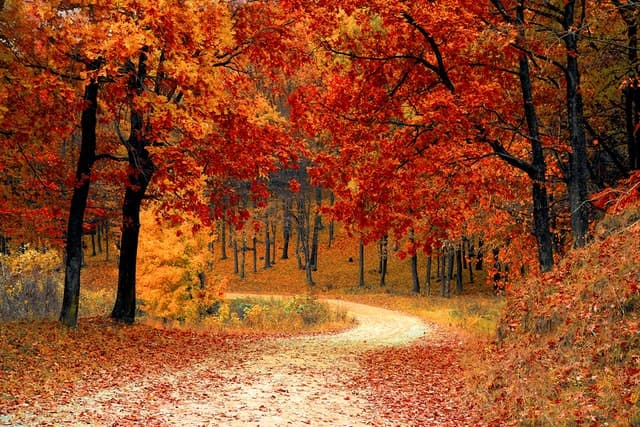 Industrialization, urbanization, and the increased need for agricultural lands have all contributed to deforestation and in turn – created REDD+.

What is REDD+, and how does it help to reduce the environmental impact caused by deforestation and general forest degradation?

Is REDD+ ultimately successful at improving the environment and the forests, wildlife, and ecosystems that it seeks to protect? 💟

REDD+ is a strategy originally created by the UNFCCC and the Conference of the Parties to recommend projects in the forest sector to reduce the carbon dioxide emissions created from deforestation and forest degradation.

❓What is the UNFCCC?

The UNFCCC is an international treaty that encourages participating members to reduce climate change. They attend the Conferences of Parties annually, in addition to members of the Paris Climate Agreement and other various global leaders – to discuss climate change.

❓What is the Conference of Parties?

The Conference of Parties, more commonly referred to as COP – is an annual meeting where global leaders gather to negotiate ways to mitigate change and various climate challenge issues that are a cause for concern around the world.

The goal of the Conference of Parties is to address issues about climate change amongst members of the United Nations Framework Convention on Climate Change, or the UNFCCC – so that they have the information to create the necessary actions to reduce climate change. 🌡️

💪This correlates to one of the main goals of REDD+, which is to contribute to the global fight against climate change.

REDD+ also strives to develop more sustainable management for forest conservation, forest improvement, and reforestation in developing countries. REDD+ is dedicated to establishing these activities through the use of national governments in order to lower the detrimental impact on forests caused by various human activities.

REDD+ is a voluntary establishment and is contingent on the support, circumstances, and willingness to comply from various nations and developing countries.

❗The main goal of REDD+ to encourage developing countries to establish better management tactics to carefully consider the resources provided to them by their forests, and to ultimately aid in the collective fight against climate change.

🌳 What is the difference between deforestation, forest degradation, and reforestation?

Reforestation is a method of attempting to reverse the negative effects of deforestation by planting new trees in place of the ones that have already been destroyed for industrialization or agriculture needs. This is done to improve the ecosystems and recreate a forest that already existed beforehand.

Deforestation, on the other hand – is the term used to describe the continued destruction of forests around the world. These natural forests are removed by mankind for industrial, agricultural, or urbanization purposes despite these lands remaining vital to our ecosystems. 🌱

Forest degradation is similar to deforestation – but isn’t quite the same.

Reforestation has sprouted as a way to mitigate the effects of deforestation, which has been occurring at a rapid rate since the 1960s as the world continues to modernize.

Despite the short-term gain that deforestation can offer for industrialization or urbanization – deforestation is ultimately harmful for life on Earth as it contributes to climate change. 🌡️

❗Did you know that deforestation and forest degradation account for nearly 15% of global greenhouse gas emissions? 😲

REDD+ seeks to improve the poor effects caused by deforestation and various projects that have harmed other forests impacted by human activities.

❗REDD+ is sometimes referred to as the Warsaw Framework for REDD+, or WFR – as the concept for REDD+ was adapted at COP19 in Warsaw.

😟 Why is deforestation and forest degradation so bad for the planet?

Deforestation has multiple negative effects on the environment 😬

Deforestation leads to soil erosion, which creates insufficient food production and ultimately forces the wildlife in those deforested areas to flee their natural habitats. Deforestation and forest degradation impacts animal species, plants, and flowers that are all essential to cultivating a healthy ecosystem necessary to provide the resources for a healthy human life. 💦

Forest degradation and deforestation throw off the natural balance of ecosystems, and therefore – impact all forms of life and the resources that could be used to mitigate climate change otherwise. ⚖️

❗Some ways to prevent the need for deforestation in the first place include eating less meat, consuming less overall to decrease the need for supply, and lower the use of fossil fuels or palm oils that contribute to greenhouse gas emissions and global warming. 🌎

While small efforts like the ones listed above are great, a long-term plan that aims to reduce the effects of forest degradation and deforestation will ultimately be more impactful and efficacious at mitigating the consequences that deforestation projects have on climate change.

In order to begin the process of creating a REDD+ strategy plan, a country must first comply with the four core values of REDD+. 📕

Second, the nationality applying for REDD+ should show that they have a National Forest Monitoring System in place – and how this system is executed, observed, and why this specific forest monitoring strategy was chosen.

Third, those applying for REDD+ should establish a Safeguards Information System, which demonstrates the method in which a country approaches environmental and social risks that could become a cause for concern due to REDD+ – as REDD+ poses a few potential negative consequences.

The fourth and final value of REDD+ for those applying is to establish a Forest Reference Level. 🌲

A Forest Reference Level, otherwise known as FRL – makes use of historical data to predict the baseline emissions in contrast to determine the amount of carbon emissions that the nation in question should strive to reduce. ⬇️

Applicants for the  REDD+ program should illustrate how their efforts to reduce carbon emissions from deforestation and forest degradation are in line with the Paris Climate Agreement. 🇫🇷

Countries applying for REDD+ should then produce an estimated calculation of their emissions reductions so that the data can be reported to the REDD+ information hub. A secretary from the UNFCCC will review the documentation provided by each applying country to make sure all the requirements for REDD+ have been met for approval. 📝

One way that countries will try to reduce their carbon emissions is through carbon offsetting, such as reforestation projects to attempt to rebuild the forest, local community, and ecosystem that was destroyed through deforestation and forest degradation. 🏚️

❗REDD+ encourages nations to develop sustainable management plans for their forests, including developing countries. Therefore, REDD+ seeks to improve both the  biodiversity of a forest and the local community or country that it belongs to – all whale reducing greenhouse gas emissions that contribute to climate change. 🙌🏻

The Warsaw Framework for REDD+ has created multiple resources to follow through with establishing the mission and executing the goals of REDD+ – such as for technical assistance, building for optimal capacity, demonstration activities, and finance based on the success of REDD+.

Developing countries around the world have drastically increased the need for overseeing forest activity, and ultimately support the overall missions of REDD+ – as it remains vital in attempts to protect forests and create long-term forest sustainable management.

❗In short, REDD+ is not operating at full speed or capacity like it could – but it is well on its way and the development of REDD+ has not been ignored amidst the climate change crisis.

REDD+ has a lot of benefits, but like everything else in life – it isn’t foolproof, nor is it perfect.

The pros of REDD+ include its excellent and proven methods of mitigating climate change, how REDD+ protects and promotes biodiversity and new watersheds, how REDD+ focuses on local communities by providing them with new sustainable life habits for those who dwell in local communities or developing countries that depend on forest resources, how REDD+ creates social benefits, and how REDD+ helps old communities that were disregarded during forest degradation use their voice in new political processes to prevent further deforestation or forest degradation.

❗The cons of REDD+ are just as abundant and important to note as the pros of REDD+.

Also, ownership of the forests of the world aren’t clear – as diverse legal systems often remain in charge of these forests. This makes it difficult to outlaw or define when a local community is considered a resident of a forest land, and makes it hard to prevent forest degradation or deforestation. These legal systems will often not seek to protect the people who live in the forests for this reason.

REDD+ does not halt corruption or carbon fraud, as the only places in the world known to have strong governance institutions regarding forests are Brazil and Costa Rica. 🌎

REDD+ does not have a proper plan or even an outlined method of how to be financed. If REDD+ cannot be properly financed, then REDD+ cannot help to establish better forest management or ultimately aid in the fight against climate change. 🌡️

The cost to upkeep REDD+ is expected to increase, and it will continue to fluctuate depending on the world’s need for better forest management and as climate change continues to persevere as a global predicament. Therefore, the management of REDD+ is also expected to become more difficult, and will require extra time and effort to monitor and adjust the REDD+ program.

🌍 Is REDD+ ultimately beneficial to forest management and the environment?

REDD+ doesn’t only prevent climate change, but it also decreases the chances of deforestation and forest degradation. As a result, the encouragement of sustainable forest management allows developing countries and communities around the world to conserve water, prevent flooding, improve soil erosion, and ecosystems. 🌱

If reading this article about REDD+, deforestation, and reforestation has made you interested in reducing your carbon emission to further fight against climate change – Greenly can help you!