What is the 1977 White House Climate Memo? 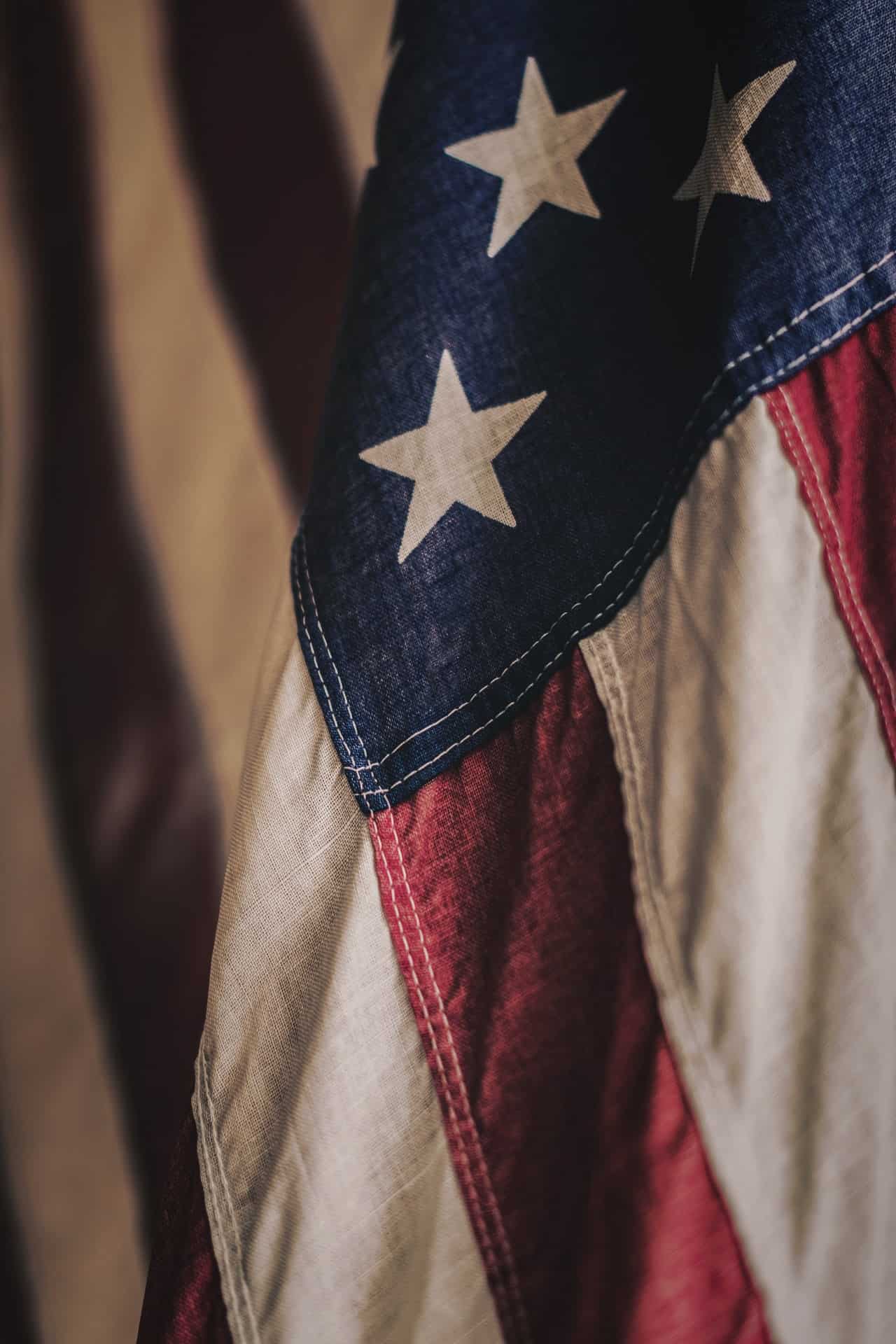 Climate change has been a growing problem as technology advances and energy consumption increases. With industrial production on the rise, air travel resuming, heat waves across Europe, and booming digital currencies provoking carbon emissions to be on the rise – climate change has never been more imperative than it is now.

There was a time when climate change was on everyone’s radar, but as more of a problem to be dealt with in the distant future when it would be more cause for concern. Unfortunately, global warming should’ve been recognized as an issue then – and it’s possible if more concrete measures were taken in the decades before, that extreme carbon emissions wouldn’t be as much of a problem as it is now.

One of the many ways the nations of the world, in this instance the United States, could have started to mitigate climate change earlier was with the 1977 White House Climate Memo.

📜 What is the White House Climate Memo?

The 1977 White House Climate Memo was a one-page memo to cross the desk of the White House at the time of Jimmy Carter’s presidency. The memo delineated the importance of mitigating climate change before it became the problem that it is today.

Before further explaining the climate memo, let’s set the scene – and go back in time to the year 1977. ⏰

Life was a little different, back then. There were no cell phones or laptops to be charged, commercial air travel wasn’t as convenient as it is now, and people were able to socialize and self entertain with technology.

Remember the episode of Friends where they’re all trapped in a blackout in New York City? 🌃

People were able to enjoy one another’s company and pass time without energy-sucking devices. The characters in Friends were able to wait out the blackout sitting around the table with candles lit, chatting, playing music 🎶and games. 🃏

Today in 2022, what would we do? We would freak out that the internet is out. We would be searching for our portable batteries to charge our phones. 📱 We would be suffering every moment of every second until the power came back on, because in today’s current society – no electricity, means no capability… to do anything.

Almost everything we do, from work to leisure is spent online 💻– which requires energy, which depletes resources, which all only further fuels the issue of climate change.

But 1977 was different. Movie theaters were still the place to be, and the first Apple computer was just hitting the market for public consumption. 1977 was also the year that a memorable memo hit the desk of the White House – this is known as the 1977 White House Climate Memo.

🎯 What was the purpose of the White House Climate Memo?

What was the point of the White House Climate Memo? What did it seek to achieve?

What did the current president in the White House do about the climate memo? President Carter had made clear from the start about his concern for environmental issues. In fact, he strived to install solar panels on the White House and introduced a national renewable energy plan.

A few days after July 4th, 🎆Frank Press, the science director in the white house at the time of Carter’s presidency – put a memo regarding climate change on his desk.

The climate memo delineated the impact and importance of climate change, and the global implications to come if preliminary concrete action wasn’t taken soon. 🌍 Therefore, the ultimate purpose of the 1977 White House Climate memo was to convey this concern to the president.

🔮 Did the 1977 White House accurately predict the problems of climate change today?

The 1977 White House Climate memo correctly predicted many of the problems we face with climate change today. 👀

For example,  in 2021, the amount of carbon emissions in the air was accurately predicted by the climate memo. The inference that erratic temperatures would occur was also correct – think of the bizarre weather changes we have seen over the past few years. Unusually sunny days in winter and gloomy days in summer.

The out-of-character weather has provoked the need to increase agricultural productivity and attention to the food production crisis. If climate change continues to impact the weather, it will continue to impact other compulsory components of our society.

The 1977 White House Climate Memo also predicted that by the 2000s, the impact on climate change would become noticeable in certain regions through weather or natural disaster concerns – such as heat waves, floods, and droughts. 💦

The White House Climate Memo was right – and the 2003 heat wave in Europe 🇪🇺 proved it to be true. Europe saw unusually extreme temperatures that summer, with several consecutive days of temperatures over 40 °C (104 °F) and over 30,000 deaths.

The climate memo from 1977 also accurately predicted the irreversible effects of climate change, as scientists have explained that even if we were to globally reduce our carbon emissions to net zero – that these extreme temperatures would merely begin to stabilize, when what we really need is for them to dramatically drop. ⏬

❌ Where did the White House Climate Memo go wrong?

So what happened after the climate memo crossed Carter’s desk in the White House?

After the climate memo reached the president, the first secretary of energy at the time, Jim Schlesinger – attached a note to the climate memo stating that Carter was already aware of the premonition regarding poor up-keep in global pollution, and that the president didn’t chose to take the action necessary to avoid it.

Later in the same month that the president received the White House Climate Memo, the White House released a press statement to assure citizens 🇺🇸of the United States of their agency against climate change. 🌡️

While Carter openly spoke about how important environmental policy was to him, he often suffered from his juxtapositional claims on climate change legislation. In other words, Carter didn’t always live up to the carbon emissions reduction plans or policies that he had promised.

For example, Carter wanted to inspire environmental change – but he also believed that there was a national benefit to the United States increasing their oil production in the midst of the 1973 oil crisis.

However, it doesn’t mean that Carter didn’t attempt to support the fight against climate change. He signed documents pertaining to the environment that were innovative in 1977 – such as the first united toxic waste cleanup act and to employ the fuel economy standards.

It isn’t out of the question to believe that if Carter were re-elected, that his environmental ideals would have eventually preceded his desire to boost industrialized production – and maybe, the United States and the rest of the world would be in a better place with global warming.

Did the White House Climate Memo accomplish anything?

So, did the 1977 White House Climate Memo accomplish anything?

The climate memo was revolutionary for Eizentat, who worked as president Carter’s chief domestic policy advisor. He claimed that the climate memo served as a foundation for his own future research and endeavors on climate change – including his choice to represent the United States as the primary negotiator for the Kyoto Protocol.

The Kyoto Protocol was the first international climate treaty to elicit action from all nations around the world to prevent further carbon emissions.

The White House Climate Memo may not have evoked any groundbreaking change at the time, but it certainly influenced Eizentat to participate in another, intensive international effort to global warming.🌍

What is the United States doing now to combat climate change?

What is the current president of the United States doing to combat climate change in 2022?

For instance, on his very first day of office – Biden rejoined the Paris Climate Agreement, as a first step to earning back global trust with the United States and their environmental intentions.

Biden’s main goal is to reduce greenhouse gas emissions caused by the United States to net zero by 2050. He has also contributed to several other environmental projects and plans: such as the National Environmental Policy Act, the Keystone XL pipeline, and protecting wildlife and the degradation of forestry.

Overall, Biden is dedicated to the reduction of greenhouse gas emissions – and seeks to make it a priority during his presidency.

🔍 What areas should the United States focus on the most to prevent further global warming?

What can the U.S. do, specifically, to help in the fight against climate change?

Well, the biggest concern for a country like the U.S. is that they will lose financial compensation or global power for their capability to mass produce.

However, this doesn’t have to be the case for the United States. It’s possible for a power-house country like the U.S. to continue with the values of industrialization while still protecting the environment.

How? Here are three ways that the United States can help the world fight against climate change while still remaining as the top oil and gas producers in the world:

1. Involve Energy Companies in the Transition to Clean Energy ⚡

While the U.S. is a powerful resource in the fight against climate change alone, it’s important to note the root of all energy-depleting activities – energy companies.

If the United States could partner with energy companies to build and manage electricity grids with the intent to share renewable energy sources – we would be well on our way to globally entering the transition to the use of clean energy.

As the United States is the primary producer of oil and gas, it means they also retain the power to be the primary reducers in greenhouse gas emissions.

Most importantly, if the U.S. could find ways to mitigate the extensive use of methane emissions and flaring – the short term effects would be substantial while we plan for greater action to take against global warming.

3. Implement Policies to Reduce Emissions in the U.S. and Abroad 📑

It’s no secret that the United States is seen as a trend-setter to the rest of the globe.

So, despite the fact that most fossil fuels are traded globally – it’s important to not underestimate the influence the United States has on the world.

As the world’s second largest Greenhouse gas emitters, if the U.S. were to instill environmental policies that call to decrease the demand for fossil fuels – it would send a message to other countries and inspire them to do the same.

If reading this article about the white house climate memo has made you interested in reducing your carbon emission to further fight against climate change – Greenly can help you!